BBC meteorologist Louise Lear warned that Storm Francis, as named by the Met Office, will continue to cause problems across the UK into northern France. She noted that weather warnings remain in force across the low countries towards northern Germany for strong winds and heavy rain. That storm system will continue to track its way steadily eastwards during the early hours of Wednesday.

Ms Lear told viewers: “To the south of that, through Wednesday, it looks largely fine and dry.

“By the middle of the afternoon across Turkey into mainland Greece and the Greek Isles there’ll be lots of sunshine and temperatures will be into the low 30s.

“It’s a similar story as well for Italy and the French Riviera.

“Temperatures will perhaps be a few degrees higher inland across Iberia.” 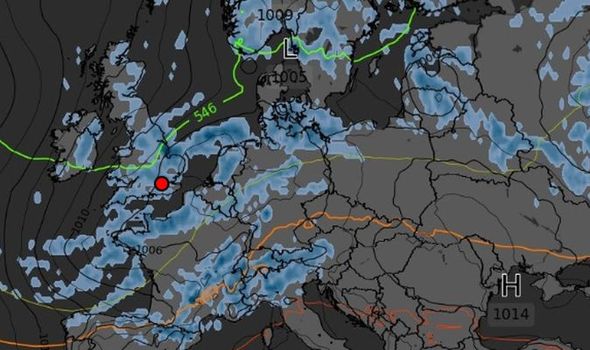 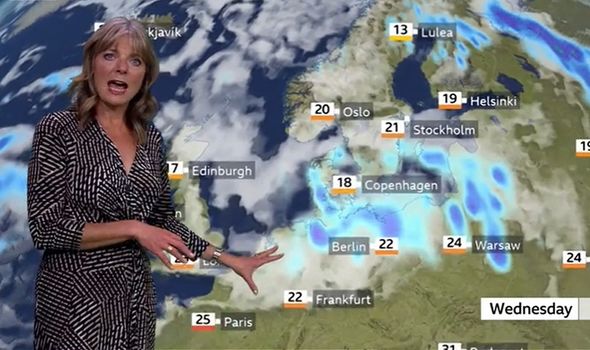 She continued: “But that is not going to last as temperatures are set to ease as we head into the weekend.

“The low countries will then still see some cloud and some rain. That will move into Germany too.

“That storm continues to track its way steadily eastwards.

“We’ll see another area of low pressure pushing into the UK and northwest France by Thursday.” 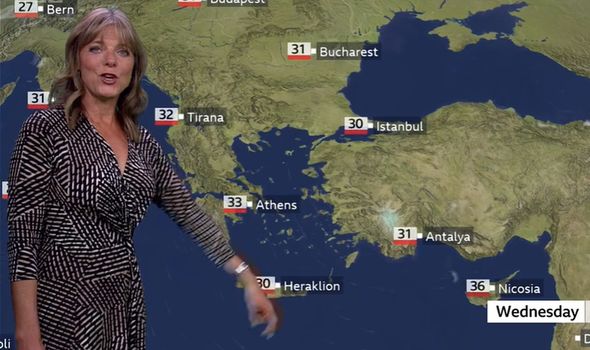 The weather presenter added: “South of that it will be fine and settled.

“But as we head towards the weekend, the showers will ease in London and Paris.

“But it will get noticeably cooler with a northerly wind, and that flows down to Spain.” 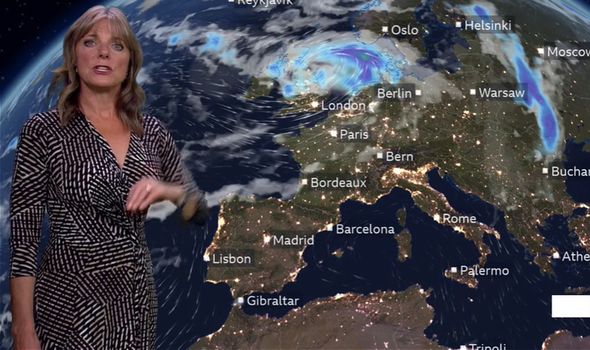 Ms Lear said: “So temperatures will ease a good eight to 10 degrees in some places.

Athens will experience consistent mid-30 degree highs throughout the rest of the week.

Kyiv will start in the low 20s but rocket up to 29 by the end of the weekend.

Moscow, in contrast, will struggle to break higher than 20 degrees.