BBC Weather forecaster Tomasz Schafernaker warned the UK would be the first to experience this heavy rain and windy weather. He noted the wet weather will spread to continental Europe towards the end of the week. In the meantime, temperatures are set to rise and remain warm and dry until the weekend.

“It will be pretty blustery across the UK as well.

“Basically out into the Atlantic low pressures are forming and they are going to driving the weather across this corner of Europe over the next few days.”

BBC Weather explained the forecast would be considerably different elsewhere across Europe. 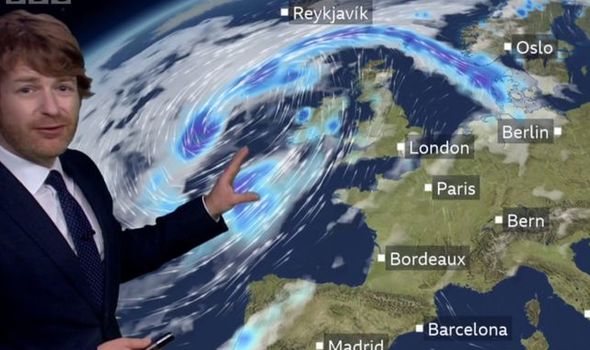 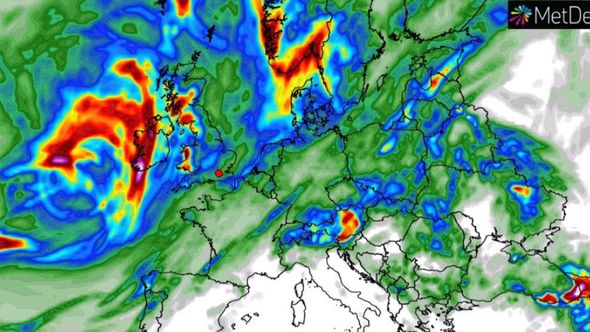 He noted that temperatures have begun rising in multiple areas and would remain warm over the next few days.

He said: “Elsewhere across the continent it is a different story.

“Heat has spread in from the south to reach Paris, Berlin and Warsaw is pretty warm there as well on Thursday.

“That hot weather is going to continue across Europe as we head to the weekend. 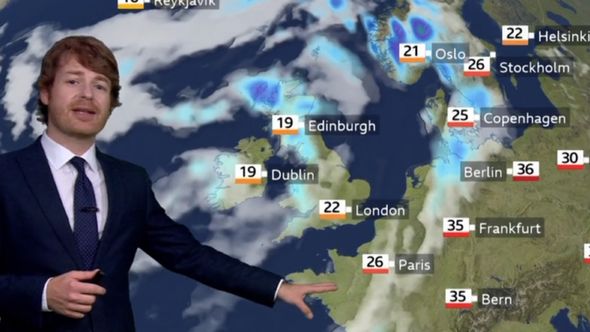 “While across the UK, you can’t miss it, this spinning vortex of weather, wind and rain there sweeping across the British Isles.”

South eastern Europe will hot temperatures throughout the week with some areas reaching close to 40C.

It is also expected to be dry and sunny throughout Turkey, Greece and the Greek islands. 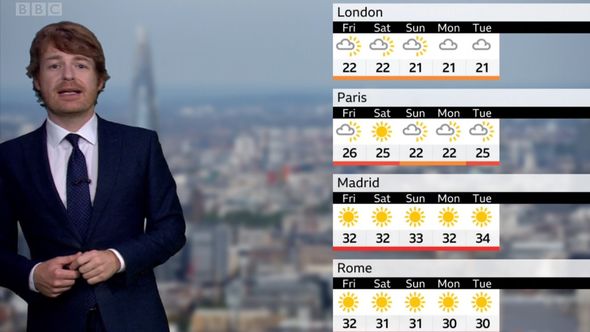 “In Turkey up to 37 degrees and hardly a cloud across the Med from east to west and in Madrid it will be around 32C.”

The weather forecaster noted how the wet weather impacting the UK would spread to the continent.

He said: “It will start to turn a little bit fresher in France and it will bring Paris back down to around 26C.

“But in Berlin, it is excruciatingly hot on Friday with temperatures up to 36C, well above the average for the time of year.