Temperatures will jump by 15C this week, as erratic and unsettled weather sweeps across the UK. The latest BBC weather forecast shows strong winds and torrential rains dominating the UK over the next few days. BBC meteorologist Stav Danos told BBC Breakfast viewers that today will be “another windy and blustery day”.

He said that most of the UK will see significant outbreaks of rain, while “Eastern England and Scotland could stay dry altogether today with plenty of sunshine”.

Mr Danos explained: “There could be gusts of up to 50mph in western Scotland.

“The air is also fresher since the rain band moved through on Saturday, so temperatures will be lower teens across much of the country.

“As we head through tonight, it stays blustery with lots of showers in western areas.”

JUST IN: Wildfire warning imposed on California after ‘EXTREME weather’ 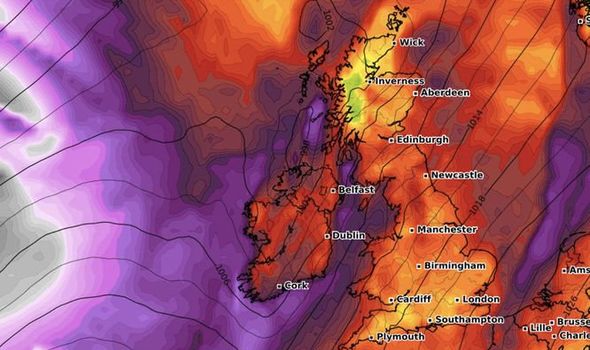 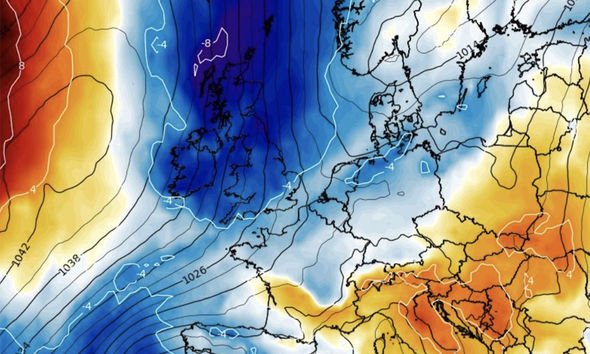 The BBC meteorologist continued: “Some of those showers will merge together to produce longer spells of rain. It could be quite a wet night for some.

“Some eastern areas will stay dry. If that happens, we could see temperatures dipping to low single digits, just 2C to 4C.

“Otherwise temperatures will hold out around 6C to 8C for most of us.

“So, we start the new working week with some sunshine to greet us for the first thing. 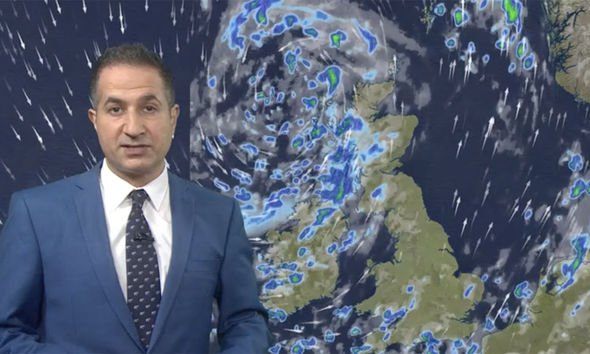 “As we move through the day on Monday, it will turn a bit drier for Scotland, with rain confined largely to Wales and England. Temperatures will average at around 10C to 13C.

“On Tuesday, another frontal system sweeps through the UK to bring another band of rain and strong winds.

“Temperatures could be creeping up a bit in the south. Beyond that, it is a a very unsettled outlook for this week.” 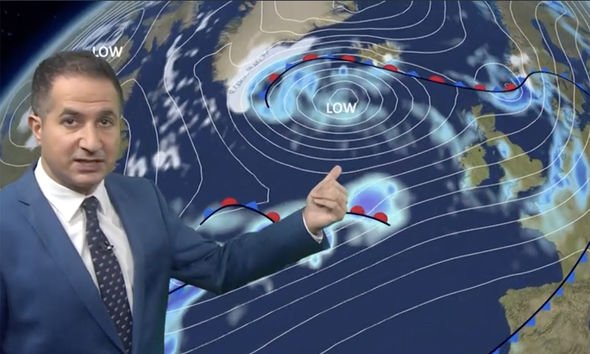 Temperature maps on the BBC forecast showed temperature could by 17C in London on Friday – 15C higher than the temperature on Monday morning.

The Met Office has issued yellow weather warnings for wind and rain for parts of the UK.

The warning is in place until 11.59pm tonight and is for the East of England and London and South East England.

The Met Office warns: “Intense rainfall (10 to 15 mm in around half an hour) and winds gusting to 40 to 45 mph, possibly locally 50 to 55 mph near the south coast, will make for tricky travel through the rest of the evening.

“Some flooding is possible on roads, along with a few fallen branches. Conditions will gradually ease from the west.”

Tags: B, bbc weather latest, ctp_video
You may also like
Recent News: