Mild weather will start off the UK this weekend but colder air is going to be moving in from the north the days go on, according to meteorologist Chris Fawkes. The weather presenter explained that air is arriving behind a cold front that is going to be slowly pushing southwards through today. He warned BBC Breakfast that the front will push on towards the southern counties of England for tomorrow with the air getting much cooler.

Mr Fawkes told viewers: “As well as that cooler air arriving, we should see more in the way of sunshine across these northern areas.

“So it’s not all doom and gloom by any stretch.

“That said, it’s going to be a blustery start to the day for Northern Ireland and for Scotland.

“Wind gusts are about 65mph at the moment in Shetland, driving in plenty of showers across Scotland and Northern Ireland.” 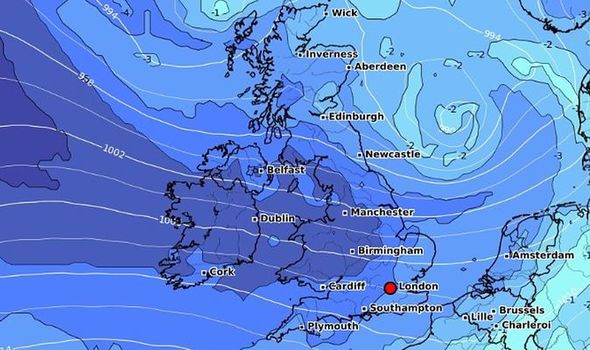 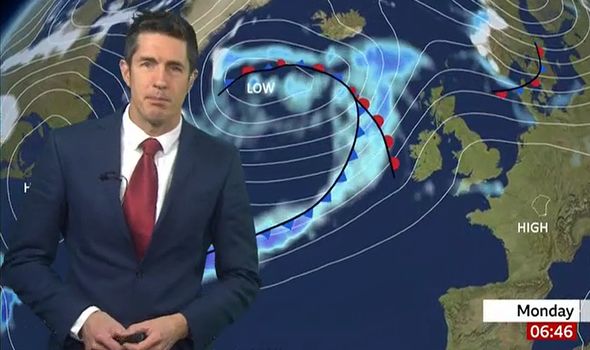 He continued: “Not much sunshine for England and Wales where it is pretty cloudy.

“There’ll be some more rain moving in across northern England and Wales for a time.

“All the while, even into the afternoon, it will stay pretty blowy.

“Blowy but mild across England and Wales. Temperatures here will be around 12 or 13 degrees Celsius.” 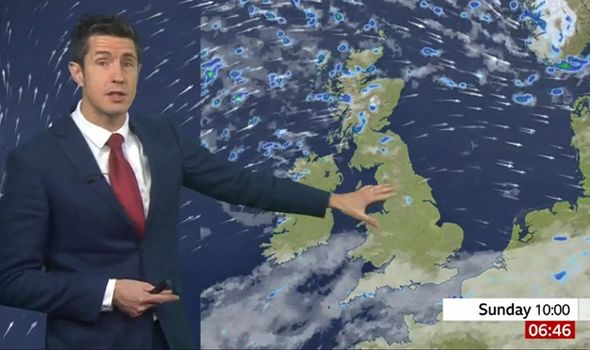 The BBC presenter added: “Further north is where the colder air is arriving, so temperatures drop a little bit to seven degrees, for example, as we head into the afternoon.

“Overnight tonight, our cold front continues to slowly seep its way southwards across England and Wales.

“It will bring a little bit of light rain or drizzle with it.” 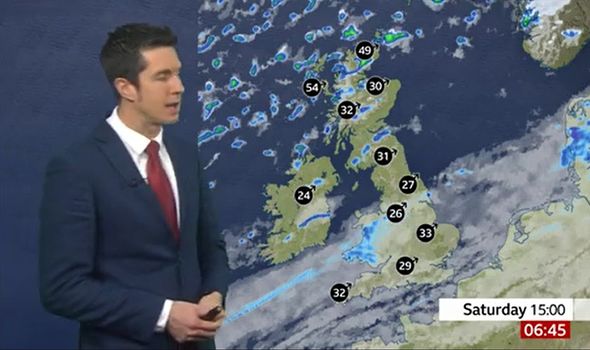 Mr Fawkes said: “Further north, we’ve still got plenty of showers for Scotland, the far north of England and for Northern Ireland as well.

“Quite a cold night with temperatures at low single figures around four degrees.

“But we’ll still have those brisk winds which will make it feel certainly quite cold.

“Sunday will be a day of sunshine and showers with brighter weather across England and parts of Wales.

“In the south, the cloud may well clear for a time to allow the sky to brighten up.”