Temperatures will surge to 24C today in the UK, before jumping to at least 26C next week, according to the latest BBC weather forecast. However, the days in between these heatwave warmth will be dominated by rain and chillier temperatures. BBC meteorologist Darren Bett said to “make the most of it” today as temperatures will drop between Sunday and next Friday, before another brief weekend heatwave returns.

He told BBC Breakfast viewers: “Temperatures will be higher than they were yesterday.

“But there is a cold weather front slowly coming in from the Atlantic.

“It will arrive into north-western areas later today with some rain, but high pressure is dominant for most of the country.

“Today we are seeing 18C in Northern Ireland, 20C in Scotland and 24C through the Midlands and south-east England where it will be a sunny end to the day. 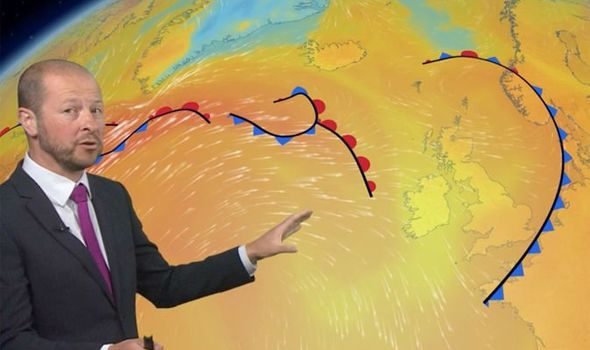 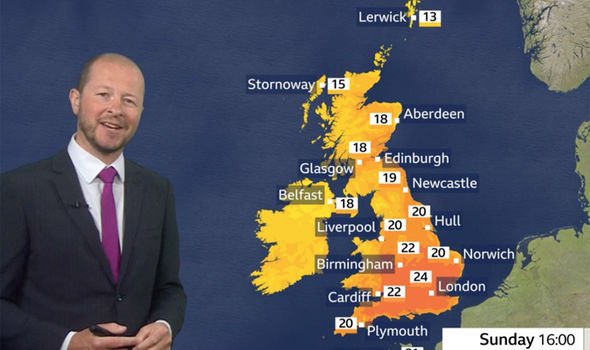 He continued: “That rain coming into Northern Ireland this afternoon will head its way into Scotland this evening and overnight, and eventually down into northern and western parts of England and Wales.

“There is a lot more cloud around tonight, and temperatures will be higher than they have been recently overnight, staying around 11 – 12C.

“On Monday, that weather front will move its way southwards, down into England and Wales and the picture is a cloudier picture on Monday.

“There will still be decent temperatures and were we stay dry, for example in the south-east, will have the highest temperatures of around 24C. 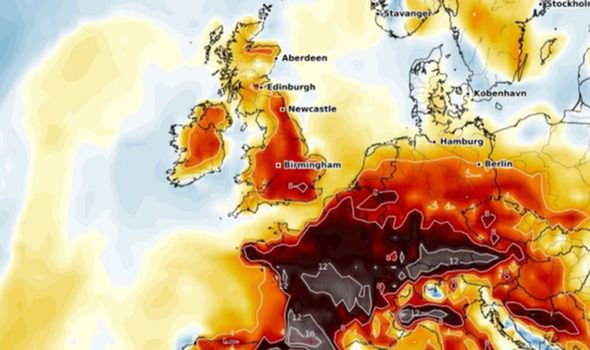 “Temperatures won’t be quite as high on Tuesday, with a fair bit of cloud and some showers across the country.

Bett went on to say that the temperatures will bounce back next weekend, with London experiencing a sweltering 25C on Friday and 26C next Saturday. 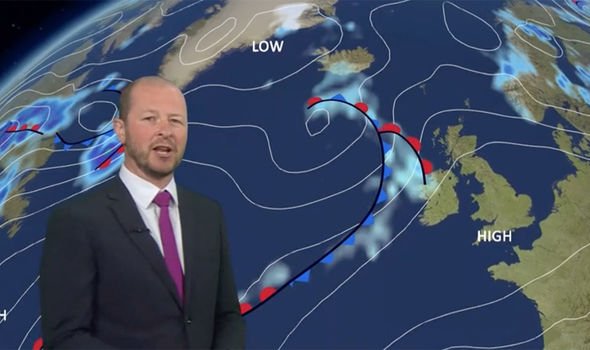 This could repeat on Monday, with much of the south again seeing 26C highs as temperature maps turn red with the heat.

A Met Office spokesman said “On the whole, England and Wales is looking largely settled, with temperatures in the mid-20s in the sunshine.”

However, the spokesman added: “It is too early to tell if it will be a heatwave.”

Forecasters have urged Britons enjoying the sunshine this weekend to wear sun cream, as UV radiation will be “high or very high”.

Tags: bbc brea, bbc weather, ctp_video
You may also like
Recent News:
This website uses cookies to improve your user experience and to provide you with advertisements that are relevant to your interests. By continuing to browse the site you are agreeing to our use of cookies.Ok