BEIJING (Reuters) – Beijing banned high-risk people from leaving the Chinese capital and halted some transportation services on Tuesday to stop the spread of a fresh coronavirus outbreak to other cities and provinces. 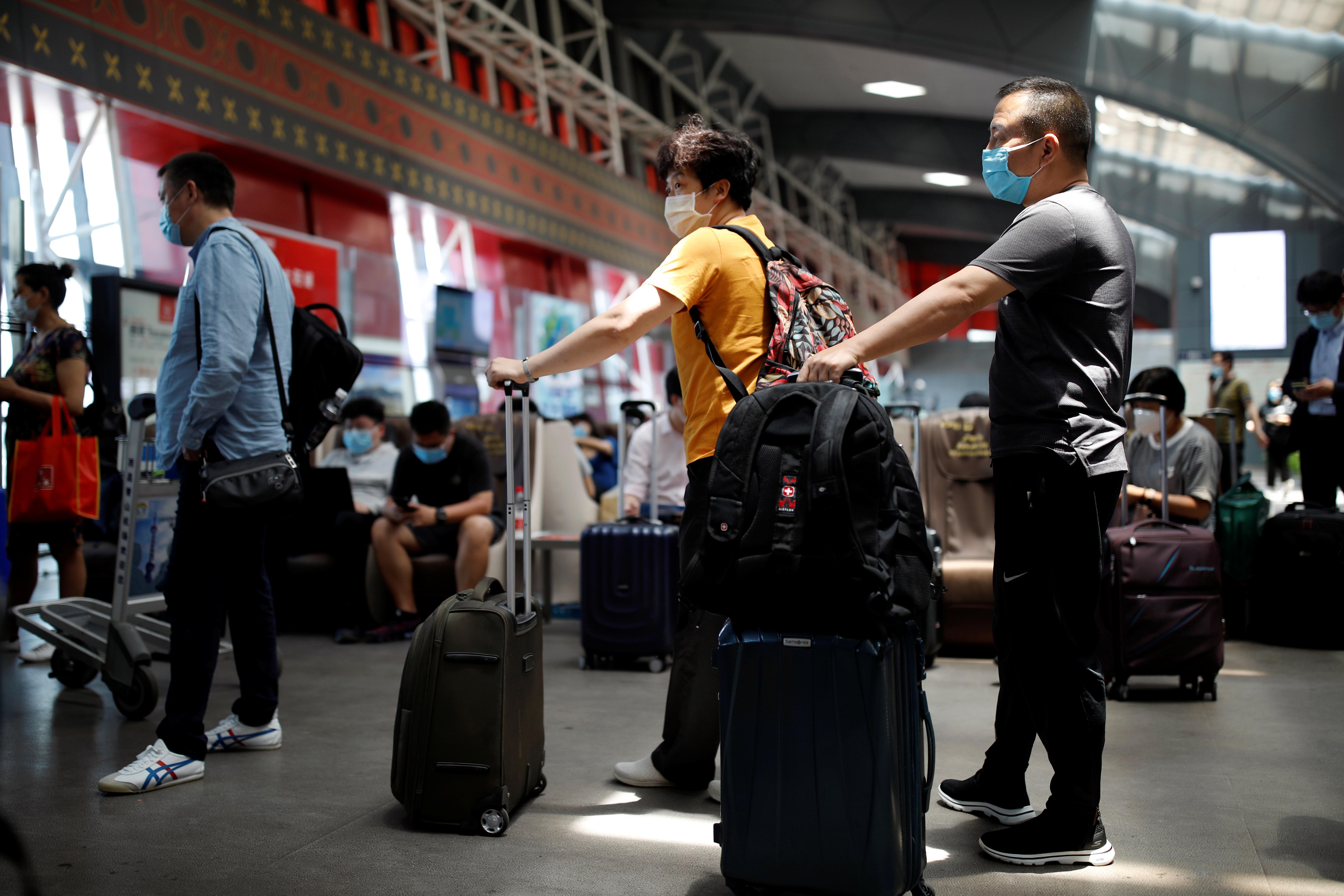 China’s financial hub of Shanghai demanded some travellers from Beijing be quarantined for two weeks, as 27 new COVID-19 cases took the capital’s current outbreak to 106 since Thursday.

That makes it the most serious flare-up in China since February, stoking fears of a second wave of the respiratory disease which emerged in the central city of Wuhan late last year and has now infected more than 8 million people worldwide.

“Beijing will take the most resolute, decisive, and strict measures to contain the outbreak,” Xu Hejian, spokesman at the Beijing city government, said at a press conference on Tuesday.

The outbreak has been traced to the sprawling Xinfadi wholesale food centre in the southwest of Beijing where thousands of tonnes of vegetables, fruits and meat change hands each day.

All high-risk groups in Beijing, such as people who are close contacts of confirmed cases, are not allowed to leave the city, state media reported on Tuesday, citing municipal officials.

All outbound taxi and car-hailing services have also been suspended. Some long-distance bus routes between Beijing and nearby Hebei and Shandong provinces were halted.

At least three shuttle bus services from Hebei and another from Inner Mongolia to Beijing’s Capital Airport, a major regional transit hub, were suspended.

Concerned about contagion risks, many provinces have imposed quarantine requirements on visitors from Beijing.

One person who flew from Beijing to southwestern Sichuan province and was suspected of having the disease has become a confirmed case, health authorities said on Tuesday. Local officials were rounding up 111 close contacts for observation.

Hebei reported four new cases, three of which had links to Xinfadi market.

On Tuesday, Shanghai started to require travellers from medium-to-high risk COVID-19 areas in China to be quarantined for 14 days.

“I’m so worried for Shanghai – just look at the new cases in Beijing,” said Wang Jiahe, 22, a local university student. “There is so much daily air and road traffic (between the cities).”

The stakes are high for Shanghai, which has been invited to host two Formula One races this season. U.S. airlines are also poised to resumes flights to the city.

While not in a Wuhan-style lockdown, Beijing has gone into a “wartime” mode on a district level, with neighbourhoods instituting 24-hour security checkpoints, closing schools and banning wedding banquets.

Overnight, some parts of Beijing including the city’s old-style hutong neighbourhoods were fenced up, with some imposing single entry points.

“My neighbourhood has four or five entry ways, and when the controls came, only the southern entrance was open, and we now need to show our entry cards and have our temperatures taken,” said a man surnamed Zhao who lives in the northeast of Beijing.

“It’s a big neighbourhood with lots of office workers, so it is extremely inconvenient for a lot of people.” 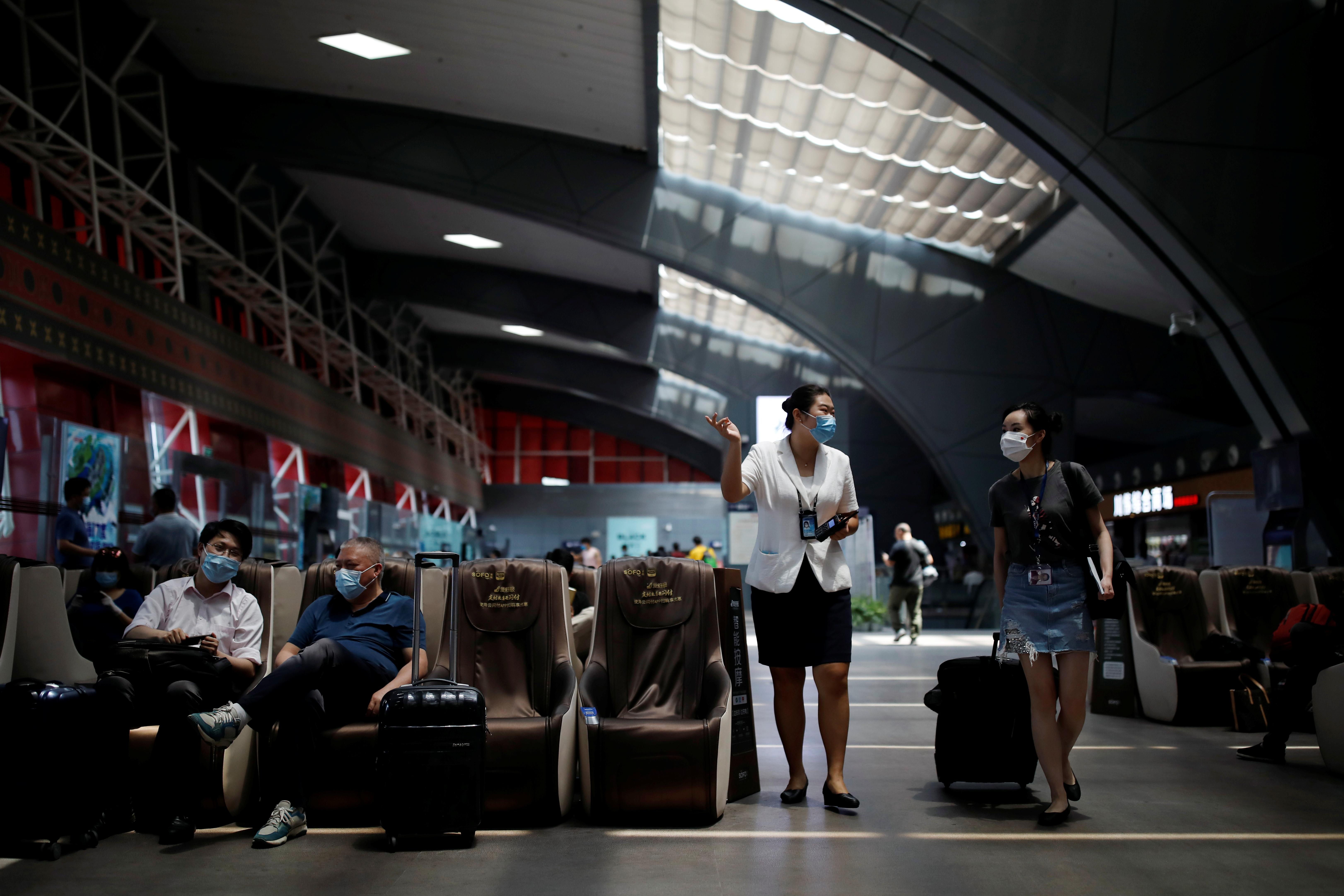 However, in Huaxiang, the only neighbourhood currently designated as high-risk, some residents demanded officials impose more stringent contact tracing protocols.

Officials were relying on people to identify themselves as having visited Xinfadi 9 kilometres away, residents said.

“How can you hope for people to be honest enough to voluntarily report their links with Xinfadi?” said a male Huaxiang resident surnamed Yuan. “Since we’re in a ‘wartime’ mode, the local authorities should test everyone.”

Tags: China, Coronavirus, HEALTH, So, US
You may also like
Recent News:
This website uses cookies to improve your user experience and to provide you with advertisements that are relevant to your interests. By continuing to browse the site you are agreeing to our use of cookies.Ok