Joe Biden says he wants to talk about 'happy things'

US President Joe Biden appeared annoyed at reporters last Friday ahead of the July 4 weekend as journalists asked him questions about his infrastructure plan and Afghanistan. But rather end the conference and walk away, Joe Biden taunted reporters saying he only wanted to talk about “happy things” as he and his team prepare for the July 4 holiday on Sunday. The US head of state said the holiday weekend was upcoming and that he would be looking forward to it, adding questions he answered now would be asked again next week.

Mr Biden is due to host a large White House BBQ for frontline workers and military personnel for July 4 and attempted to project some holiday cheer onto reporters who still asked the President hard questions.

Mr Biden said: “The economy is growing faster than any time in 40 years.

“We’ve got a record number of new jobs, Covid deaths are down 90 percent, wages are up faster than any time in 15 years, we’re bringing our troops home.”

A Fox News panel mocked Mr Biden stating the reason for the growing economy was down to the fact the country was halted for over a year. 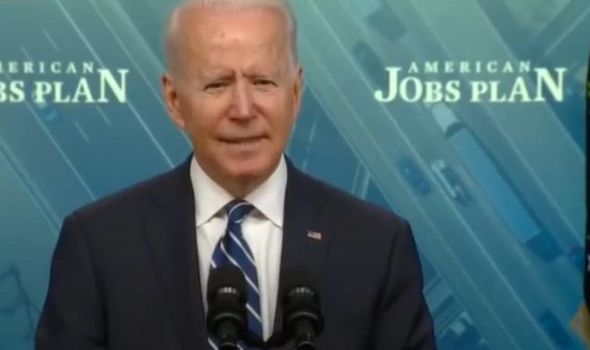 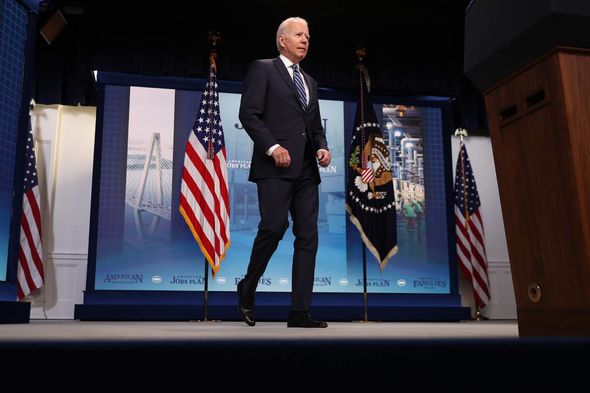 But when a question and answer session began, Mr Biden appeared annoyed and tried to divert away from the doom and gloom.

He was heard saying “I want to talk about happy things, man” as he discussed the growing US economy as it moves out of lockdown.

He continued: “Look, it’s Fourth of July, I’m concerned that you’re asking me questions that I will answer next week.

“But it’s the holiday weekend, I’m going to celebrate it. There are great things happening.”

Joe Biden struggles with reading off a teleprompter 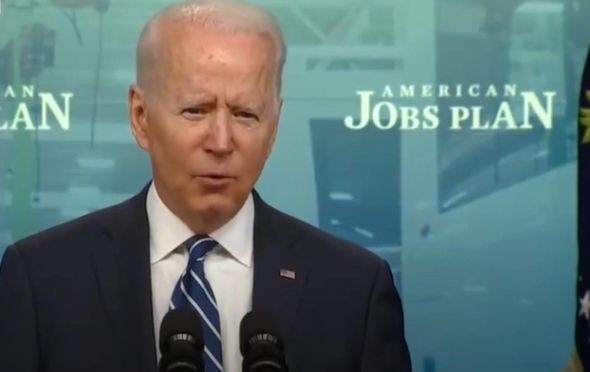 It is not the first time Mr Biden has been noted for his strange actions on stage or at press conferences.

In late June, Mr Biden strangely began whispering down the microphone during a job and welfare press conference and repeatedly done so.

When meeting with rail and transport workers earlier this week, Mr Biden struggled to read the teleprompter with his speech on it and began repeating “This job. This jobs. The jobs”. 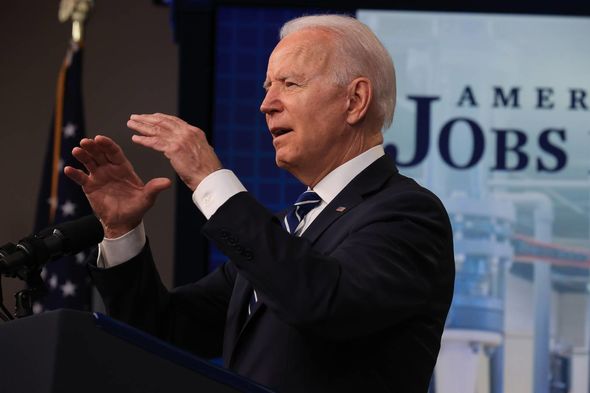 Most July 4 celebrations are going ahead in America this year which is a stark contrast to 2020 which saw nearly all events cancelled.

Scientists warn the celebrations could become superspreader events which could spread the Delta variant across the country.

Mr Biden will host over a thousand people at the White House on Sunday.