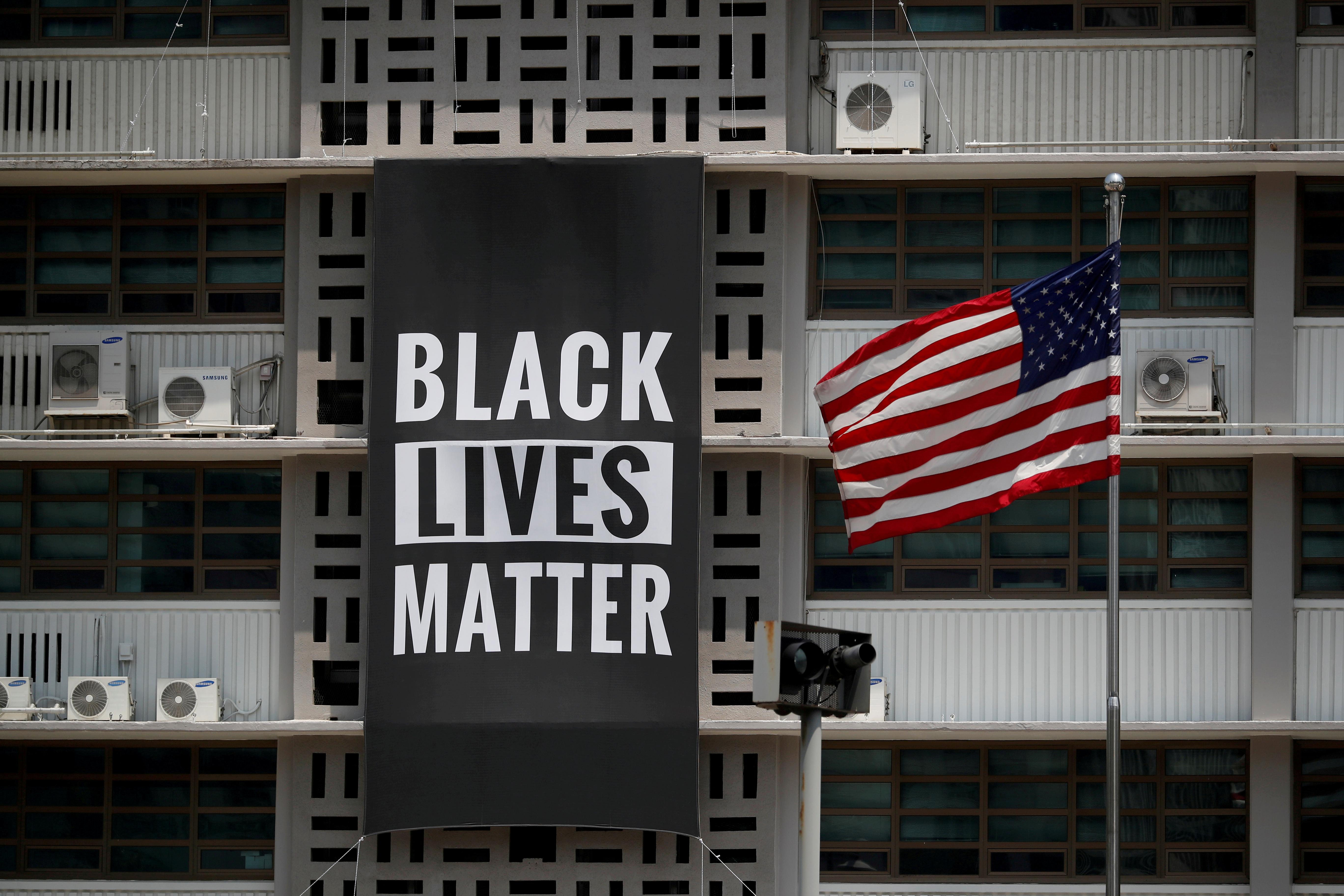 SEOUL/WASHINGTON (Reuters) – A large “Black Lives Matter” banner draped on the outside of the U.S. embassy in Seoul was removed on Monday after President Donald Trump expressed his displeasure about it, two people familiar with the matter said.

The banner was hung on the front of the mission building on Saturday as the embassy tweeted a message in support of the anti-racism campaign across the United States and worldwide in response to the killing last month of George Floyd, an African American, in Minneapolis police custody.

Trump, who has responded to street protests by declaring himself a “law and order” president and urging U.S. local authorities to crack down, was unhappy about the banner when he learned about it, the two sources said on condition of anonymity.

The White House and State Department did not immediately respond to a request for comment.

The banner was seen as a rare show of open support for the Black Lives Matter movement by a Trump appointee. U.S. Ambassador to South Korea Harry Harris had ordered that it be draped on the embassy.

After the banner was taken down, embassy spokesman William Coleman reiterated that Harris’s reason for putting it up was “to communicate a message of solidarity with Americans concerned with racism.” But he added: “The Ambassador’s intent was not to support or encourage donations to any specific organization.”

“To avoid the misperception that American taxpayer dollars were spent to benefit such organizations, he directed that the banner be removed,” Coleman said, adding “this in no way lessens the principles and ideals expressed by raising the banner.”

Bloomberg News reported earlier that both Trump and U.S. Secretary of State Mike Pompeo were displeased about the banner.

Harris, a 40-year Navy veteran who started in Seoul in 2018, has privately said he is planning to exit his position before the end of the year.