BRASILIA (Reuters) – Brazilian President Jair Bolsonaro fired his health minister on Thursday after clashing with him over how to fight the new coronavirus, and again called for states to end stay-at-home orders that he said were hurting the economy. 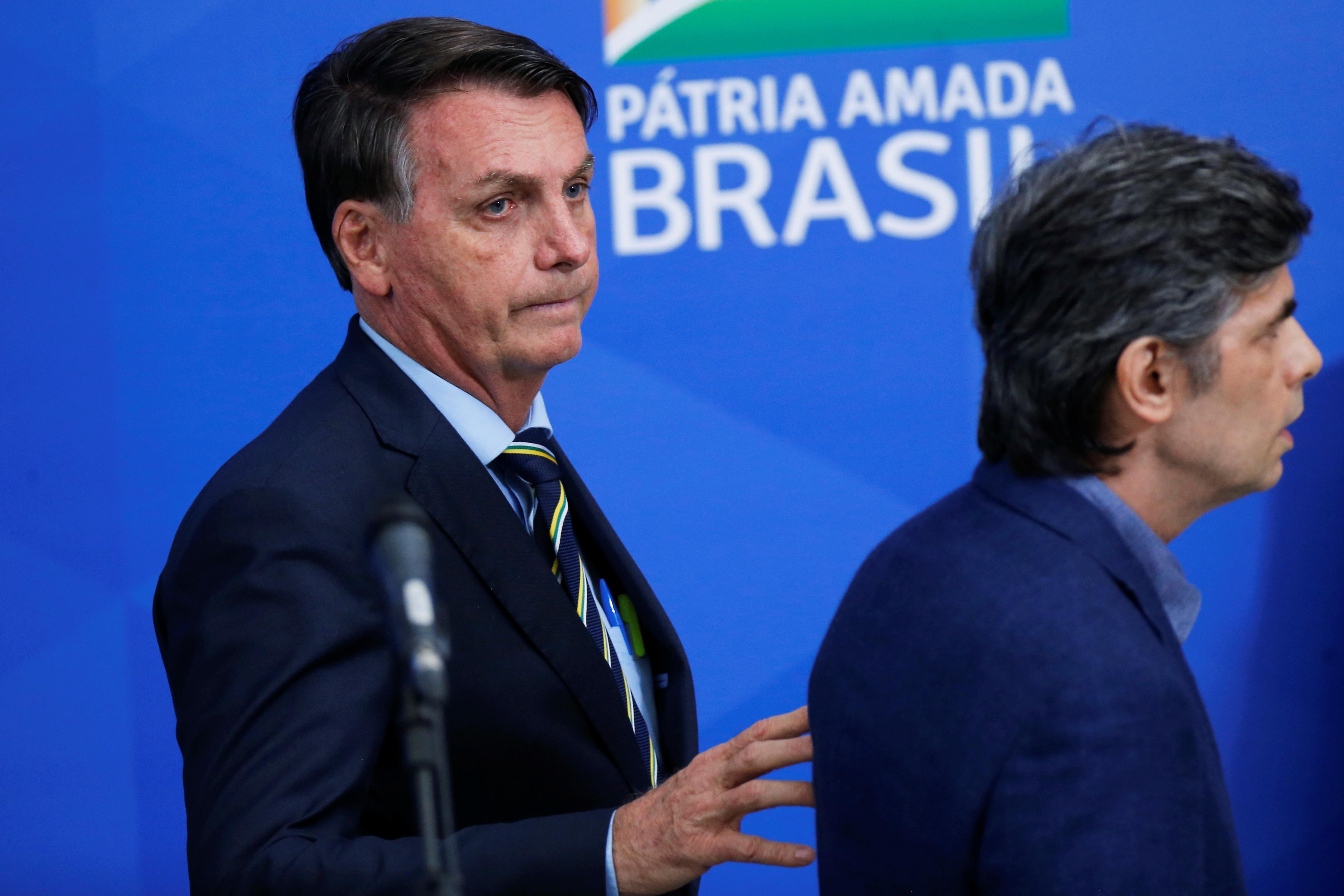 Few global leaders have done more than Bolsonaro to downplay the global pandemic, which has killed nearly 2,000 Brazilians. He has called the virus “a little flu” and criticized state governors for imposing the shutdowns supported by health experts and the popular outgoing minister, Luiz Henrique Mandetta.

In televised remarks met with pot-banging protests in major cities, Bolsonaro said Mandetta did not fully appreciate the need to protect Brazilian jobs and called again for a resumption of economic activity.

“We need to return to normal, not as fast as possible, but we need to start having some flexibility,” said the president, adding that the government cannot afford to keep up emergency aid to the poor for much longer.

Incoming minister Nelson Teich, asked at a joint news conference about the ministry’s position now that he was in charge, said there will not be any “sudden changes” in policy.

However, he added: “There is a complete alignment between me and the president.”

Teich, who founded an oncology group sold to United Healthcare in 2015, lacks the political experience of his predecessor, a former lawmaker who had begun to upstage the president.

The Health Ministry’s response to the epidemic was rated “good” or “great” by 76% of Brazilians surveyed by pollster Datafolha this month. Just 33% of those surveyed gave Bolsonaro the same ratings.

In his parting comments to colleagues at the ministry, Mandetta called for a smooth transition and warned that Brazil is still far from the peak of the coronavirus outbreak.

Senator Major Olimpio, Bolsonaro’s former right-hand man in Congress, praised Mandetta for sticking to scientific principles in the public health crisis and urged the new minister to defend the need for isolation measures.

“Teich has defended social distancing. If he persists in this, he will have serious problems with President Bolsonaro and won’t last 30 days in office, or he will have to tear up his degree and contradict the entire global scientific community,” the right-wing senator said in a video posted on social media.

The spread of the coronavirus in Brazil has accelerated to 30,425 confirmed cases, with some 200 fatalities per day bringing the death toll to 1,924 on Thursday, according to Health Ministry data, the highest in Latin America.

Tags: A, BRAZIL, Coronavirus, HEALTH, US
You may also like
Recent News:
This website uses cookies to improve your user experience and to provide you with advertisements that are relevant to your interests. By continuing to browse the site you are agreeing to our use of cookies.Ok