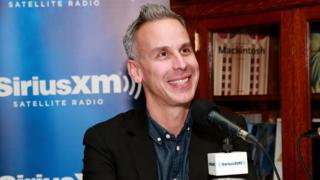 The editor-in-chief of food magazine Bon Appetit has resigned after a “brownface” photo sparked allegations of racism at the outlet.

Adam Rapoport stood down after the photo from 2013 resurfaced online.

At the same time, staff described a culture of racism at the magazine – including allegations that non-white people weren’t paid, or were paid less, for video appearances.

The fallout began on 31 May, when Mr Rapoport wrote a blog post about how Bon Appetit was covering the protests around George Floyd’s death and the Black Lives Matter movement.

Three days later, journalist Korsha Wilson called the post “empty”, saying she personally knew “Black women and women of colour who were gaslit, fired, and their ideas used by y’all”.

Then, on Monday, a screenshot of a 2013 Instagram photo of Mr Rapoport was posted on Twitter. The original photo had been posted by Mr Rapoport’s wife on her private account, according to reports, and showed him wearing a durag, baseball cap and chains. His wife tagged the photo “boricua” – a reference to Puerto Ricans.

Like “blackface”, “brownface” typically refers to when someone paints their face darker to appear like someone with a different skin colour. But it is also used when someone dresses up in a way to evoke a racial or cultural stereotype.

After the photo was circulated, a number of current and former Bon Appetit staff members publicly condemned Mr Rapoport on social media, and shared their own experiences of racism at the outlet.

In a statement posted on Instagram, Mr Rapoport said: “From an extremely ill-conceived Halloween costume 16 years ago to my blind spots as an editor, I’ve not championed an inclusive vision.”

Meanwhile, Carla Lalli Music, a chef and former food director at the magazine, tweeted that while she was there she “didn’t do enough to make sure we covered Black cuisine and Black chefs in particular, and BIPOC [Black, indigenous and people of colour] recipes in general”.

“I accepted the brand’s definition of what the ‘mainstream’ food trends were,” she said. “I spoke up… sometimes. I should have done more.”

Alex Lau, who was a staff photographer at Bon Appetit, said he left for “multiple reasons, but one of the main reasons was that white leadership refused to make changes that my BIPOC coworkers and I constantly pushed for”.

“This is a larger issue than that picture (which is irrefutably terrible and sad), this is a systemic problem that needs to be addressed now,” he tweeted.

And in a series of Instagram stories, Sohla El-Waylly, an editor at the magazine, said Mr Rapoport’s photo was “just a symptom of the systematic racism that runs rampant within Conde Nast as a whole”.

“I am 35 years old and have over 15 years of professional experience. I was hired as an assistant editor at $50k (£39,600) to assist mostly white editors with significantly less experience than me,” she wrote.

“I’ve been pushed in front of video as a display of diversity. In reality, currently only white editors are paid for their video appearances. None of the people of colour have been compensated.”

In a statement, Condé Nast said it had a “zero tolerance” policy towards discrimination.

“Consistent with that, we go to great lengths to ensure that employees are paid fairly, in accordance with their roles and experience, across the entire company.”

When the women’s lifestyle site blacked out its homepage last week for the Black Out Tuesday movement, Ashley Alese Edwards accused the company of hypocrisy.

In response another journalist, Ashley C Ford, wrote: “I worked at Refinery29 for less than nine months due to a toxic company culture where white women’s egos ruled the near non-existent editorial processes. One of the founders consistently confused myself and one of our full-time front desk associates and pay disparity was atrocious.”

In a statement on Instagram, Ms Barberich wrote that she’d “taken in the raw and personal accounts of Black women and women of colour regarding their experiences inside our company at Refinery29”.

“What’s clear from these experiences is that R29 has to change. We have to do better, and that starts with making room,” she said.

“And so I will be stepping aside in my role at R29 to help diversify our leadership in editorial and ensure this brand and the people it touches can spark a new defining chapter.”

Tags: Appetit, Bon, editor, ove, resigns
You may also like
Recent News:
This website uses cookies to improve your user experience and to provide you with advertisements that are relevant to your interests. By continuing to browse the site you are agreeing to our use of cookies.Ok