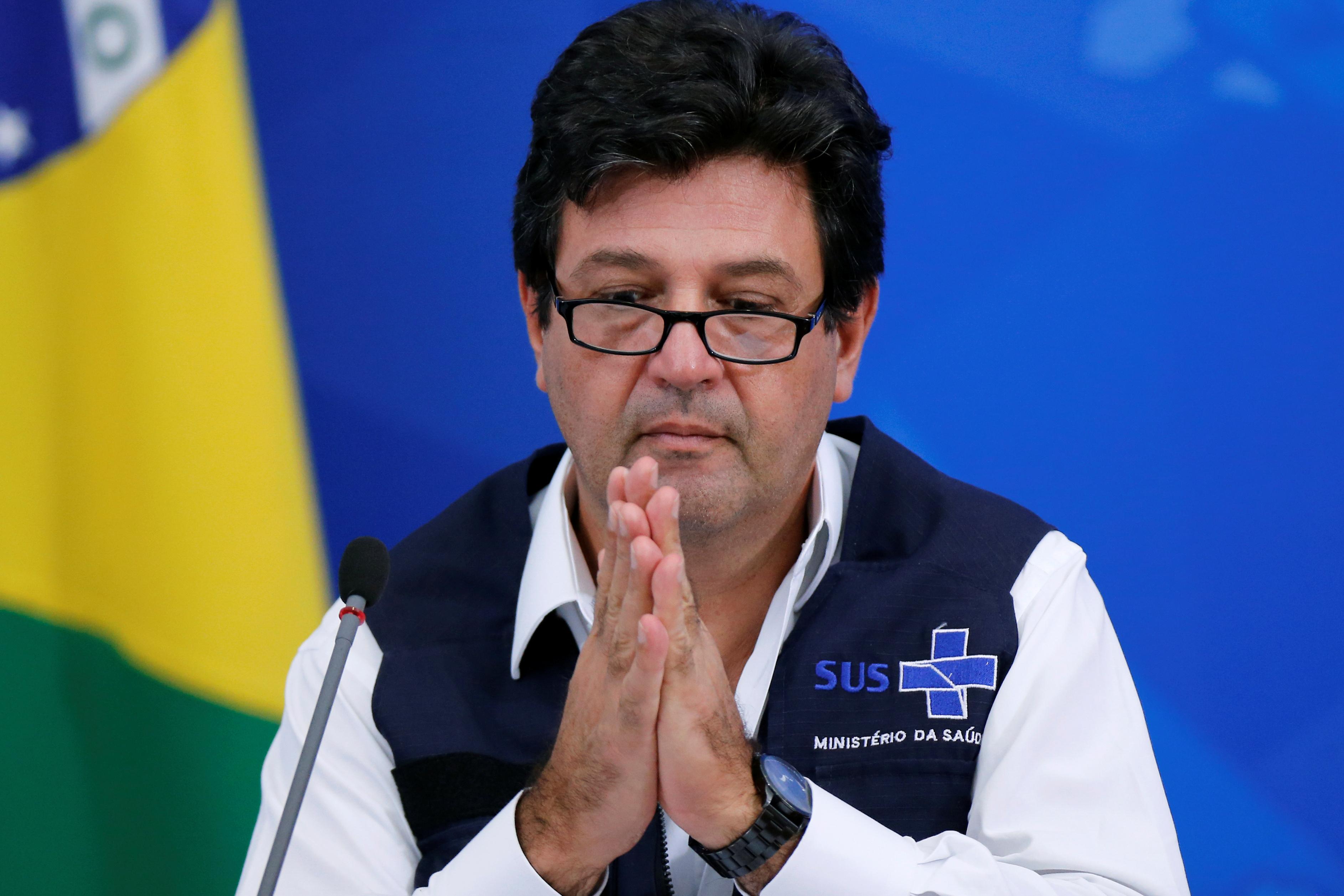 BRASILIA (Reuters) – Brazilian Health Minister Henrique Mandetta told his team that President Jair Bolsonaro is likely to fire him this week, two people familiar with the matter said on Wednesday, raising the prospect of turmoil in the middle of the coronavirus outbreak.

Mandetta told aides on Tuesday evening that he planned to remain in the job until Bolsonaro had chosen his replacement, according to the sources, who spoke on the condition of anonymity to discuss confidential conversations.

Bolsonaro and Mandetta have been at odds over the handling of the coronavirus epidemic for weeks, as the president played down the gravity of the disease, touted unproven drugs and attacked governors over lockdown orders.

Mandetta emerged from relative obscurity with technocratic daily briefings presenting the latest science, stressing the need for social distancing measures and earning praise from across the political spectrum.

The Health Ministry’s response to the epidemic was rated “good” or “great” by 76% of Brazilians surveyed by pollster Datafolha this month. Bolsonaro got the same marks from just 33% of those surveyed.

Adding to tensions, Mandetta called in a TV interview on Sunday for the government to speak with a unified voice, effectively calling out Bolsonaro for downplaying the threat ahead of what may be the two toughest months for the outbreak.

Vice President Hamilton Mourão said on Tuesday that Mandetta had “crossed the line” with his remarks.

Tags: B, BRAZIL, Coronavirus, HEALTH, US
You may also like
Recent News:
This website uses cookies to improve your user experience and to provide you with advertisements that are relevant to your interests. By continuing to browse the site you are agreeing to our use of cookies.Ok