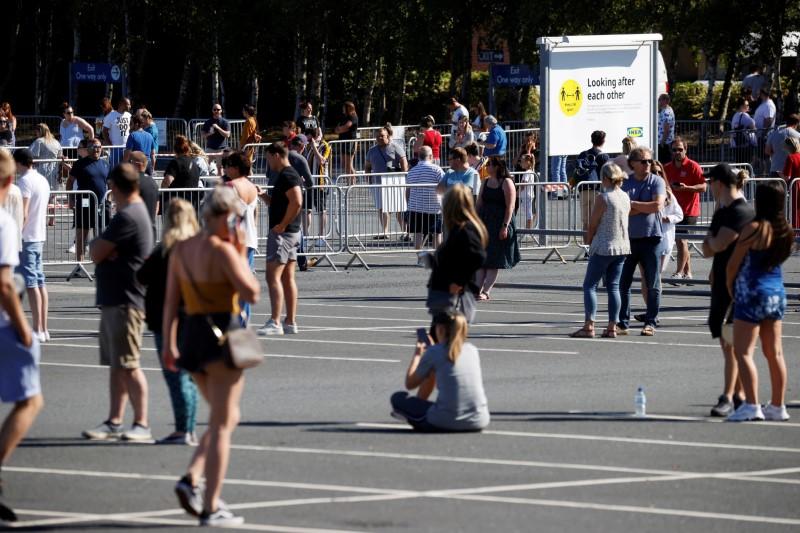 LONDON (Reuters) – English schools reopen on Monday for the first time since they were shut 10 weeks ago because of the coronavirus pandemic, but many parents planned to keep children at home amid fears ministers were moving too fast.

The easing of strict measures will mean classes will restart for some younger children, up to six people can meet outside in England, outdoor markets can reopen, elite competitive sport can resume without spectators and more than 2 million of the most vulnerable will now be allowed to spend time outdoors.

But with Britain recording one of the highest death rates from COVID-19, many are worried that it is happening too soon, including a number of scientists who advise the government who have warned it could lead to a second spike in infections.

“The overall view from SAGE – the scientific advisory group on emergencies which advises the government – their overall view is that we must do this cautiously and that is precisely what we are doing,” business minister Alok Sharma told BBC TV.

“These are very cautious steps that we are taking,” he said, while adding it was a “very sensitive moment”.

Ministers have been wrestling with how to kickstart the economy, which has been devastated by the lockdown to curb the spread of COVID-19, while avoiding a possible second wave of infections which would cause further damage.

The government says the relaxation of rules on Monday represents only a limited easing but there has been concern that the country is still not ready for the changes, and that more people are beginning to ignore guidelines on social distancing.

A survey for the National Foundation for Educational Research found school leaders estimated 46% of parents would keep their children at home because of concerns, fears echoed by some health officials.

Britain has recorded more than 38,000 deaths from confirmed COVID-19 cases while the Office of National Statistics and other sources of data put the figure of fatalities from suspected and confirmed cases at 48,000.