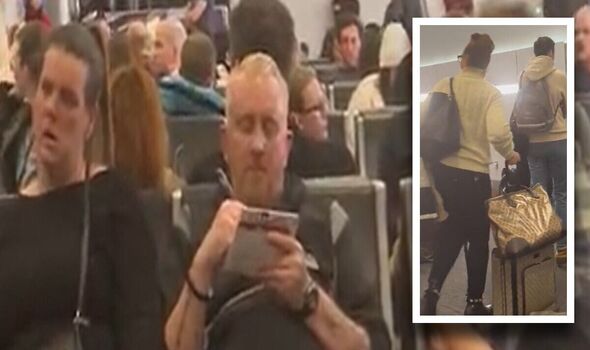 Angry passengers have taken to social media for an explanation after it was reported that British Airways flights have been grounded worldwide. Pictures on social media have shown mass groups of people waiting in airports and checking their phones for updates on the situation.

One customer called the airline IT system a “disgrace” on Twitter as they revealed that every British Airways flight has been grounded for at least the last four hours.

British Airways have explained that the issue is due to a “technical issue” with a “third-party flight planning supplier”.

They also apologised to customers and vowed to resolve the issue “as quickly as possible”.

Customers have been noting that British Airways have not put out an official explanation as to why travel has stopped.

British Airways has instead opted to reply to concerned customers on social media directly.

One customer wrote: “Weird that no one has tweeted that the entire [British Airways] computer system is down and every flight worldwide has been grounded. So if you’re stuck, that’s why!”

The issue is affecting John F Kennedy International Airport, as one passenger posted a video showing a crowd of people looking waiting with their luggage and checking their phones for updates.

The passenger said: “All fun and games at JFK. All [British Airways] flights grounded due to an issue with their flight mapping system and now we have multiple alarms going off in departures.”

Other customers have been joking about the situation, with one customer saying they have now been given some time to read their book.

Another customer quipped that British Airways needed to either supply their flight to London or give them some coffee.

Charlie Scott, a senior editor at the football news website The Atheltic, also inquired about the situation.

He asked on Twitter: “[British Airways] what’s going on with your flights worldwide?”

Mr Scott noted that his flight from JFK Airport was meant to leave “on time” but they were still waiting an hour and a half after the supposed take-off.

He said: “There has been zero communication from anyone. Abysmal experience and customer service.”

He also noted that “thousands of people” were still waiting for an update from the airline.