The swarm of cicadas has been incubating underground since 2004. Now scientists confirm billions of cicadas, from a group known as Brood X, are ready to break free from their subterranean nests in the next few weeks. The large insects are set to swarm out of the ground in a total of 18 US states.

Doctor Gene Kritsky, a US expert in entomology, said the US should expect huge numbers to emerge this year.

He said that in Western Ohio alone, there will “probably be 5 to 6 billion” of the insects emerging.

In outbreak years where there are massive amounts of the creatures, trees may be overwhelmed by the sheer numbers of females laying their eggs in the shoots.

Agricultural crops can be overwhelmed, as some species affect sugarcane crop adversely. 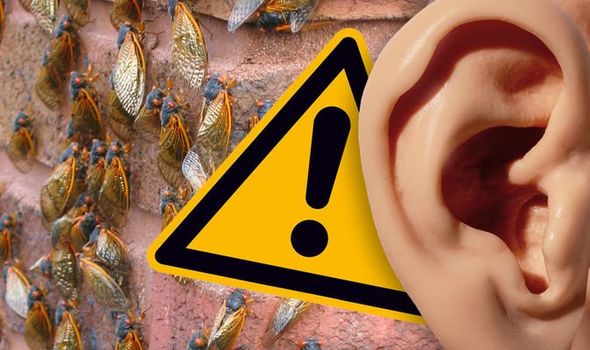 Also female cicadas are known to cause crop damage by laying their eggs in cash crops such as date palms, grape vines, citrus trees, asparagus, and cotton

Matt Kasson, an associate professor of forest pathology and mycology at West Virginia University explained that because they feed off plants, cicadas can injure small trees and shrubs.

However, he said they would present no harm to humans. 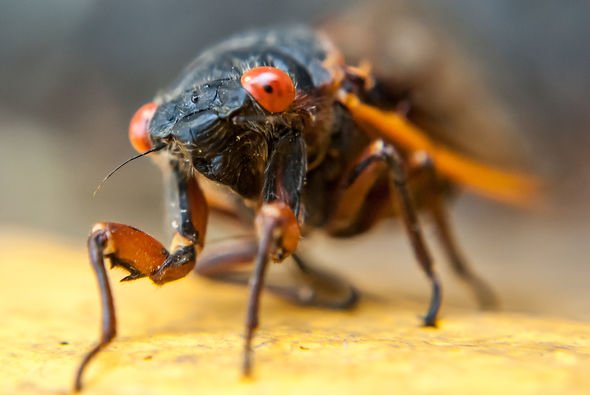 “Males go on a singing spree.

“It results in this cacophonous shrill.”

The sound of a combined swarm of cicadas can be as loud as 90 decibels.

This is nearly as loud as a motorcycle engine accelerating and, according to the US Centre of Disease Control, can damage hearing after about 50 minutes of continuous exposure. 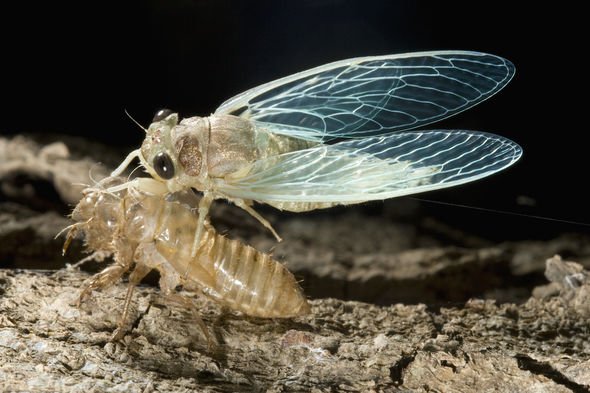 Chris Simon, a professor of ecology and evolutionary biology at the University of Connecticut speaking to First Post said: “It can be so loud that you want to put your fingers in your ears.”

Fortunately the insects only do their calling from dusk until dawn and sleep during the night.

The insects can be eaten and were used in culinary recipes in Ancient Greece.

Currently they are eaten in some parts of China.

Their shells are ground into powder to be used in traditional Chinese medicine.