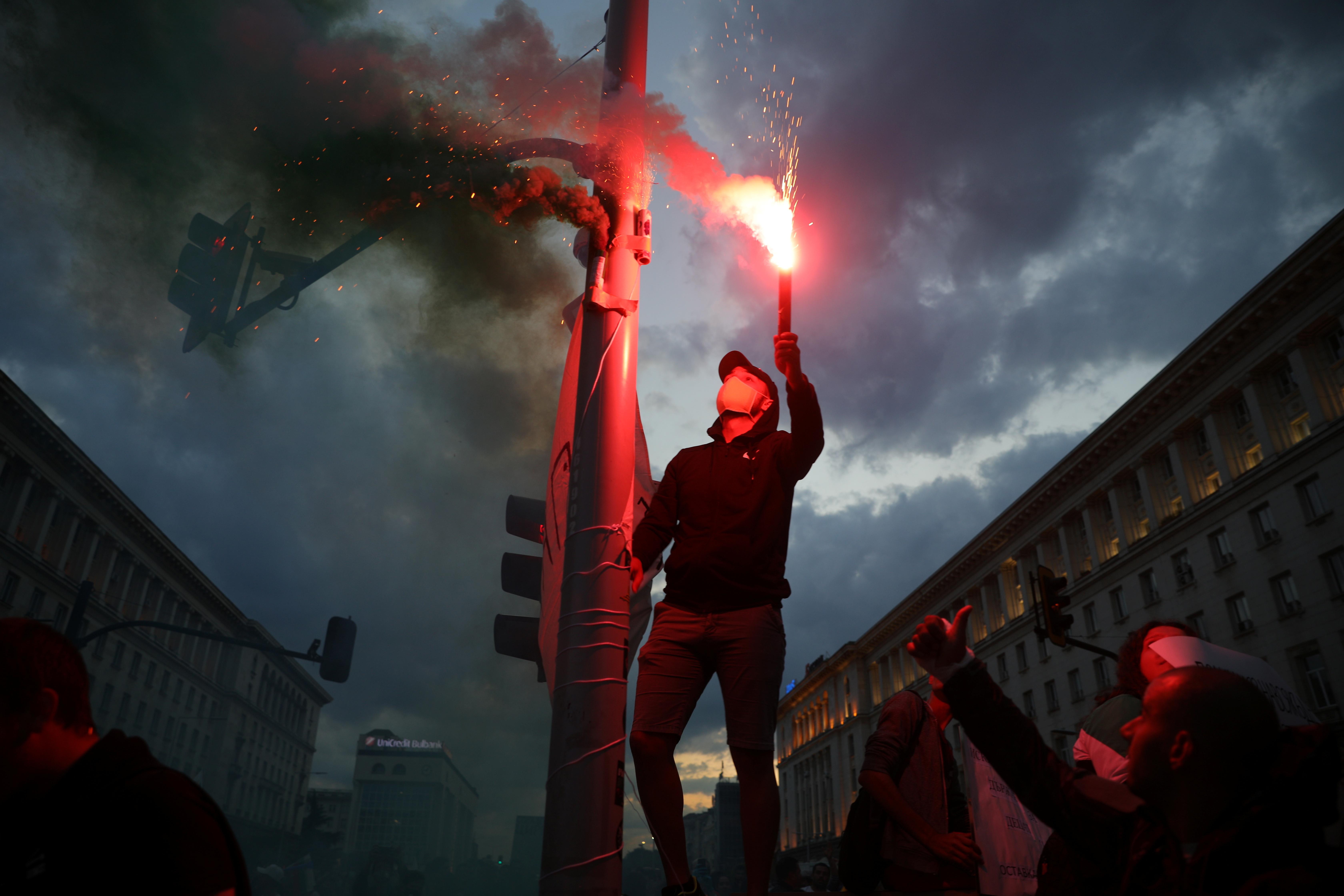 The main opposition Socialist party said state prosecutors were trying “to discredit the protests as paid and organised” but said officials would not silence demonstrators seeking to drive Prime Minister Boyko Borissov from office.

“It is easy to see that there are people who sincerely want change,” the Socialist party leader Kornelia Ninova said in a statement, as thousands of anti-government protesters gathered in Sofia and other cities chanting “Resign” and “Mafia”.

The Balkan nation, the poorest member of the European Union and ranked the bloc’s most corrupt state by graft watchdog Transparency International, has yet to convict a single senior official of corruption.

Alongside demanding the prime minister quit, protesters have called for the resignation of the chief prosecutor, saying he has not done enough to root out high-level corruption.

The U.S. embassy in Sofia weighed in on Monday, with a statement saying: “Every nation deserves a judicial system that is non-partisan and accountable to the rule of law.”

Borissov, who has been in power almost without break since 2009 and who has repeatedly promised to sweep out corruption, has said his government will not resign and elections would be held in spring. Senior ministers repeated that on Tuesday.

Prosecutors published on Tuesday what they said was a tapped telephone call in which gambling tycoon Vasil Bozhkov told an opposition politician he had helped boost the size of the protests. The publication prompted the politician to quit the Socialists parliamentary group.

Bozkhov, who fled the country to escape charges ranging from tax evasion to extortion, which he denies, said in a message on his Facebook page that he had supported the protests from the start and would continue to do so.

Tags: BULGARIA, CORRUPTIO, PROTESTS, US
You may also like
Recent News: