The chairman of the Court of Master Sommeliers, Americas, resigned on Friday, after a week of turmoil at the most elite organization in American wine.

On Thursday, as calls mounted for the entire 13-member board to resign, The Times sent questions to the chairman, Devon Broglie, about a woman who said he had an inappropriate sexual relationship with her in 2013, before he became chairman. At the time, she was a junior-level candidate for the master sommelier title and he was her mentor.

The woman, Marie-Louise Friedland, said she approached The Times instead of the organization because she did not trust the board’s ability to investigate itself. Mr. Broglie, 46, the top wine buyer for the Whole Foods Market chain, has been chairman since 2018, and was a member of the group’s ethics committee, which handles sexual misconduct claims.

“All I want is an organization whose board follows their own rules,” Ms. Friedland said, “and that steps in to protect people from experiencing this again.”

Mr. Broglie referred questions about his relationship with Ms. Friedland to the court on Thursday. By Friday evening, neither he nor the court had responded to multiple requests for comment. A spokeswoman for the court said Mr. Broglie’s resignation as chairman was unrelated to Ms. Friedland’s allegations, and was already under discussion when The Times approached the board on Thursday with questions about them.

In his resignation letter, Mr. Broglie wrote: “I deeply apologize to all the women whose lives and careers have been negatively impacted by the predatory actions of any Master Sommelier. I put my best effort forward in changing the course of the organization, I recognize that my effort fell short.”

All of the women who came forward to The Times have been candidates for the title of master sommelier, an honor conferred by the court after a long process of evaluations and exams, some of which are graded in secret. All of the men are master sommeliers who had the power to help, or hurt, the women’s progress.

Ten men have been suspended from court activities by the board, pending investigations into the sexual-misconduct allegations against them. Another, Geoff Kruth, had been accused by 11 women; he resigned from the court and forfeited his title.

Last week, the board apologized to the women and announced that it would hire an independent firm to “examine all allegations to the fullest extent possible.” That response did not satisfy many of the court’s members, many of whom called for Mr. Broglie and the entire board to resign on social media.

The court’s roughly 150 members have been invited to meet next Wednesday to weigh the future of the remaining board members. According to a Friday letter from the interim leader, Virginia Philip, the current board is conducting a search for a chief executive, has retained a lawyer to conduct sexual misconduct investigations, and strengthened the group’s nonfraternization policy to reflect a “zero-tolerance” stance on abuses of power, discrimination and harassment.

The Times’s reporting showed that the board — past and present — has long been aware of a pattern of coercive sexual contact between masters and candidates, and that the rule about reporting sexual contact is widely disregarded. Several women also told The Times that they had told board members about instances of sexual misconduct, and were ignored. Until last month, the only way a member could report a complaint was by formal notification of the board. Nine of the men under investigation are former board members.

Ms. Friedland said she was working at Restaurant Congress in Austin, Texas, in 2013 when she met Mr. Broglie. As one of the top wine buyers for Whole Foods Market, where he has worked since 2001, he was already a celebrity in Austin’s small wine community when he became a master sommelier in 2011. (Whole Foods Market was bought by Amazon in 2017, but was founded and remains based in Austin.) 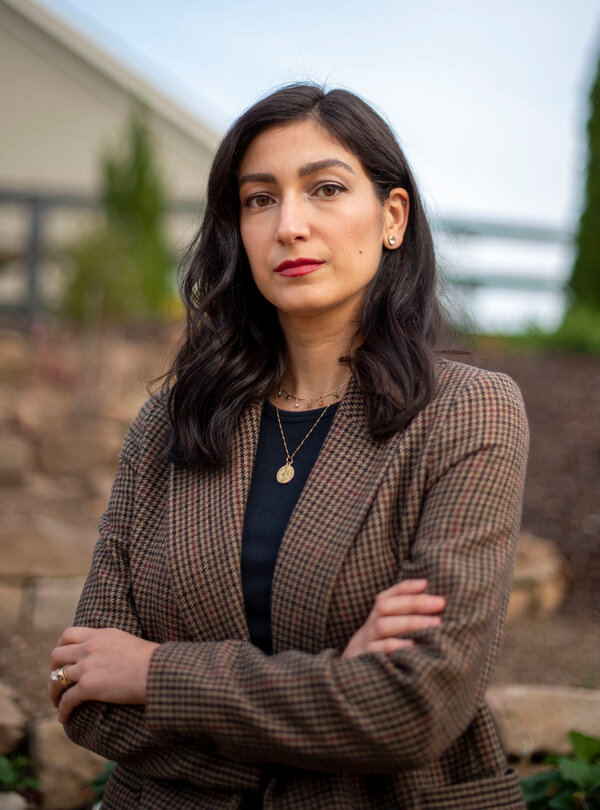 At 25, she was on the lowest rung of the master sommelier ladder: She had passed the introductory exam, and joined a study group to practice for the next level, while also working full-time.

Mr. Broglie offered to help her study for the tasting portion of the exam in private sessions at his home, she said. A co-worker who corroborated her account said she remembers being surprised that Mr. Broglie would confer such a privilege on a junior candidate. (One-on-one time with a master sommelier is a coveted advantage for any candidate.)

Ms. Friedland, now 32, said that the tasting sessions soon proved to be preludes to sexual invitations. “At first I was flattered, but also very confused and afraid,” she said. “I never enjoyed our encounters, and really tried to make that clear in the hopes that he would stop trying.”

She said she rejected most of his sexual advances, but had to do so in a friendly way in order to preserve the professional relationship. Eventually, they had sex twice, she said: once at his home and once at a hotel in Dallas, after a group wine tasting held by GuildSomm, the court’s educational spinoff. At the time, the court had no rules against such a relationship.

“I forced myself in my head to treat it as a fling or relationship, to be able to wrap my brain around the interactions,” Ms. Friedland said. “But it never fit. We weren’t dating. We never spoke about it. I felt like I was on call for sex from someone I couldn’t say no to.”

As she advanced in the wine profession, that power dynamic — and the question of whether she had earned her success — haunted her. She moved to San Francisco to work as a sommelier at Quince, one of the most prestigious and popular restaurants in San Francisco, then became wine director at State Bird Provisions, a “dream job.”

Still, she said, the financial cost of living in San Francisco, on top of the emotional cost of working with the many master sommeliers in the Bay Area, was too high. She eventually left the city, the profession and the court. She is now a candidate for a master’s degree in gastronomy at Boston University.

“I didn’t want to give up learning,” she said. “But I knew I could never do it through the court again.”

This week, all 27 female members of the court, including the two who serve on the board, Virginia Philip and Laura Williamson, signed a letter apologizing to the women who came forward and demanding a complete overhaul of the organization. Three high-profile women — Pascaline Lepeltier, Laura Maniec Fiorvanti and Alpana Singh — resigned from the court.

Ms. Singh, 43, has been a master sommelier since 2003; she was the first woman of color and the first (and only) person of South Asian descent to earn the title in the United States. She said Thursday that although she had tried for years to be a voice for change inside the court, she should have deployed her privilege as a master sommelier to challenge what she called the board’s sexist, racist and homophobic culture, instead of using it to further her own success.

“Our focus now should be on helping the survivors get justice and undoing what has been done to them,” she said. “The gaslighting and grooming of women that goes on in this industry is built in, and we have no choice but to tear it down.”

“We all want justice and transparency,” said Sara Floyd, who also earned her master sommelier title in 2003. “I also want the entire board to resign, transparency on grades, and the election bylaws changed.”

Ms. Floyd said the requirement that those who run for the board also work as top-level examiners, a time-consuming volunteer commitment, is just another way that the court’s systems exclude female, younger and less wealthy members. “This is exactly how we got this terrible system that allowed sexual predators to get away with it for years,” she said.

Bobby Stuckey, a master sommelier in Colorado, said he also believes the entire board should be replaced. Knowing what the members have now learned, he said, “I don’t see how you can look at anyone on this board and be sure they aren’t part of the problem.”

Tags: Court of Master Sommeliers, Dev
You may also like
Recent News: