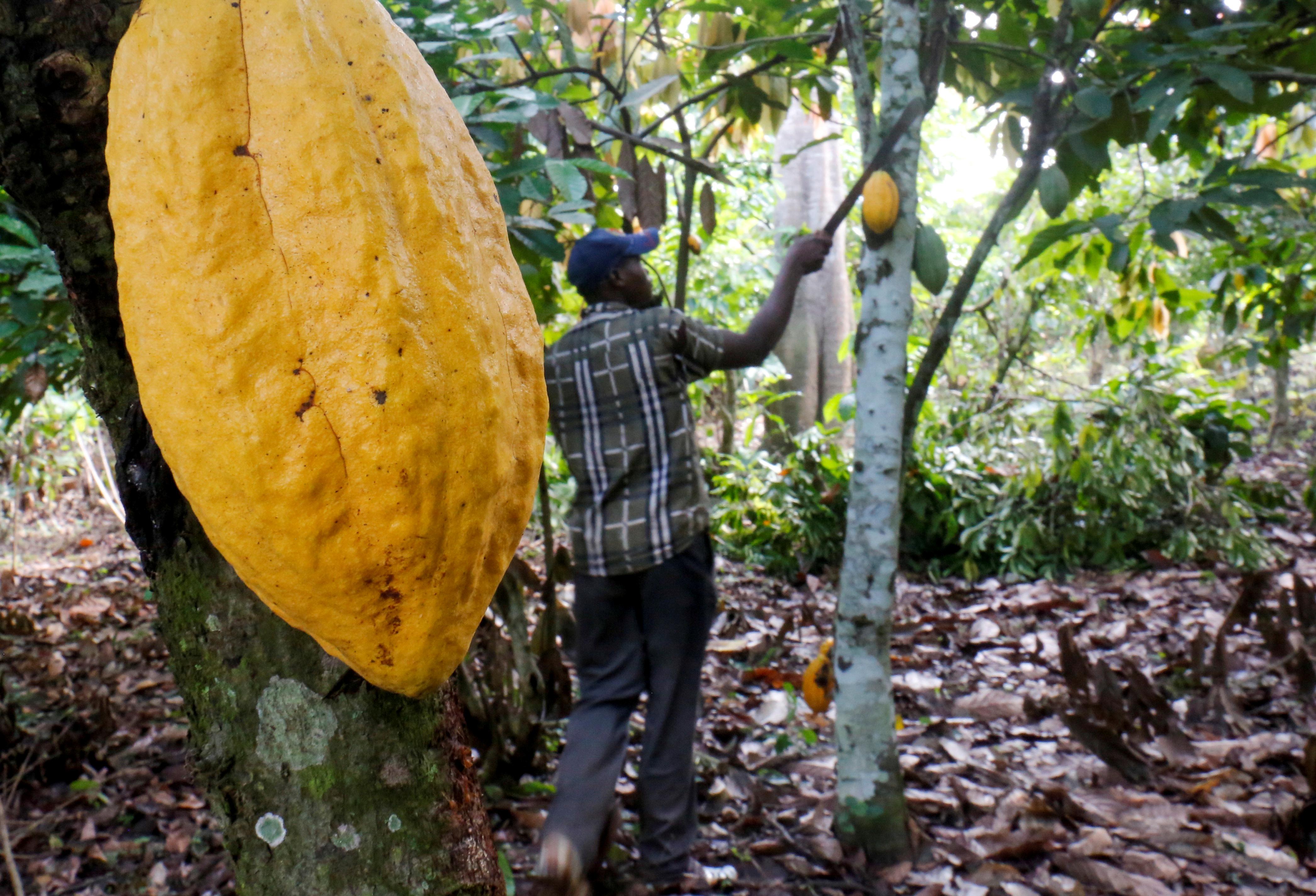 ABIDJAN (Reuters) – Child labour has increased in top grower Ivory Coast’s cocoa sector during its coronavirus lockdown, according to a report released on Wednesday by an industry-backed foundation.

The percentage of children engaged in labour between mid-March and mid-May rose to 19.4% from 16% in the same period in recent years, according to a survey of over 1,400 households conducted by the International Cocoa Initiative (ICI).

The report said it was too early to attribute the increase entirely to the lockdown, but that child labour tends to rise when children have no access to school and during economic downturns. The inability of adult workers to move around the country due to lockdowns may also have been a factor, it said.

“These findings underline the vulnerability of cocoa-growing households in West Africa and show how quickly progress in addressing child labour can potentially be reversed,” the ICI report said.

The ICI is supported by the chocolate and cocoa industries and civil society. Its report provides the first comprehensive look at the pandemic’s impact on child labour in the cocoa sector of the world’s top producer of the crop.

The Ivorian government introduced coronavirus-related restrictions on March 16, including closing schools and partially sealing its external borders. It has eased some of those measures in recent weeks.

More than 1 million children work on cocoa farms in the West African country, studies have found.

ICI says projects it supports have succeeded in reducing child labour. However, a draft of a U.S. government-sponsored report seen by Reuters in April found that nationwide use of child labour in the cocoa sector had actually increased overall over the past decade.

That report has not yet been published because the Ivorian and Ghanaian governments are disputing the methodology.

Tags: CHILDLABOU, COCOA, IVORYCOAST, US
You may also like
Recent News:
This website uses cookies to improve your user experience and to provide you with advertisements that are relevant to your interests. By continuing to browse the site you are agreeing to our use of cookies.Ok