SANTIAGO (Reuters) – Chilean President Sebastian Pinera on Thursday bowed to intense public pressure and agreed to sign into law a controversial bill allowing citizens to draw down 10% of their pensions early amid the coronavirus pandemic. 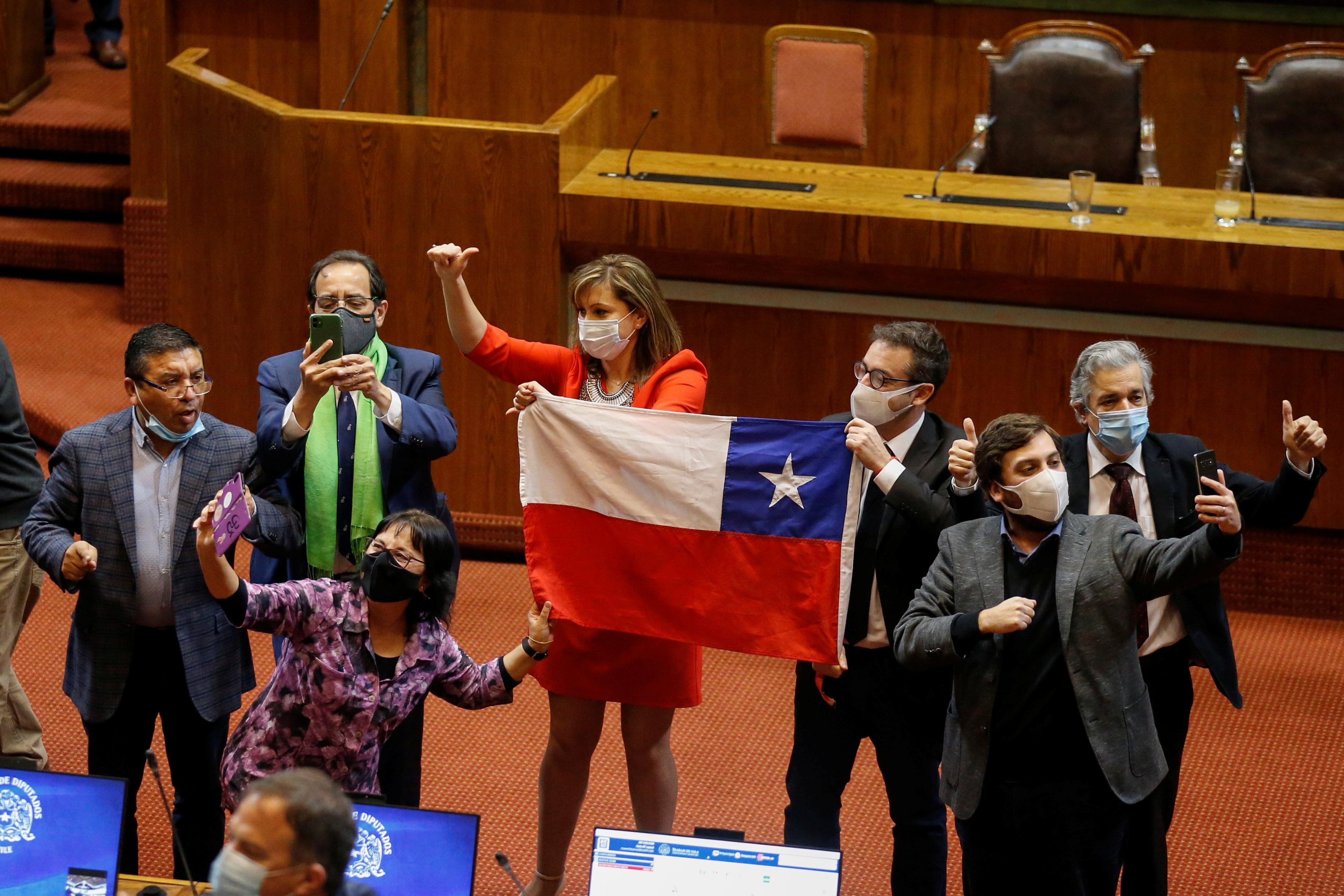 Pinera`s centre-right government had staunchly opposed the emergency relief measure, saying it would support citizens through the public purse instead.

But after a significant contingent of lawmakers from Pinera’s ruling coalition helped the bill gain two-thirds majority approval in Congress on Thursday, the president said he would waive his right to veto the move and sign it into law on Friday.

and compatriots – to facilitate and expedite the withdrawal of these pension savings funds,” the government said in a statement.

Chile’s lower chamber erupted in cheers and clapping after the bill was passed on Thursday, with some chanting “no more AFP” – a reference to the long-running campaign to tear up Chile’s much-mimicked defined contribution Pension Funds Administrators (AFP) system that was introduced during the Augusto Pinochet dictatorship.

Cristobal Bellolio, a political scientist, said the bill represented Chile’s “Brexit moment,” a symbolic blow to the establishment, against the advice of experts, by an angry populace emboldened by social protests that broke out in October last year against inequality and state policies including the AFP system.

The bill’s swift passage and surprise cross-party backing has caught the government on the back foot as it battles one of the world’s worst outbreaks of the coronavirus pandemic.

There had been warnings from political activists and opposition leaders that if the president sought to block the pensions bill, there would be an immediate resumption of last year`s protests regardless of the coronvirus-related lockdowns still blanketing much of the country.

Economists and ministers have said that withdrawing from pension funds will diminish already low average payouts and deliver a shock to stock, bond and currency markets.

The bill’s supporters say alternative support offered by government to millions of citizens left unemployed and impoverished by the pandemic was insufficient and bureaucratic.

In Thursday’s statement, the government said it remained “firmly committed” to a wholesale overhaul of the AFP system to make it more equitable.

Tags: CHILE, Coronavirus, HEALTH, Pe, US
You may also like
Recent News:
This website uses cookies to improve your user experience and to provide you with advertisements that are relevant to your interests. By continuing to browse the site you are agreeing to our use of cookies.Ok