SANTIAGO (Reuters) – The armored vehicle rumbles through the near-empty, darkened streets of a scruffy neighborhood in the Chilean capital Santiago, bristling with heavily-armed troops. 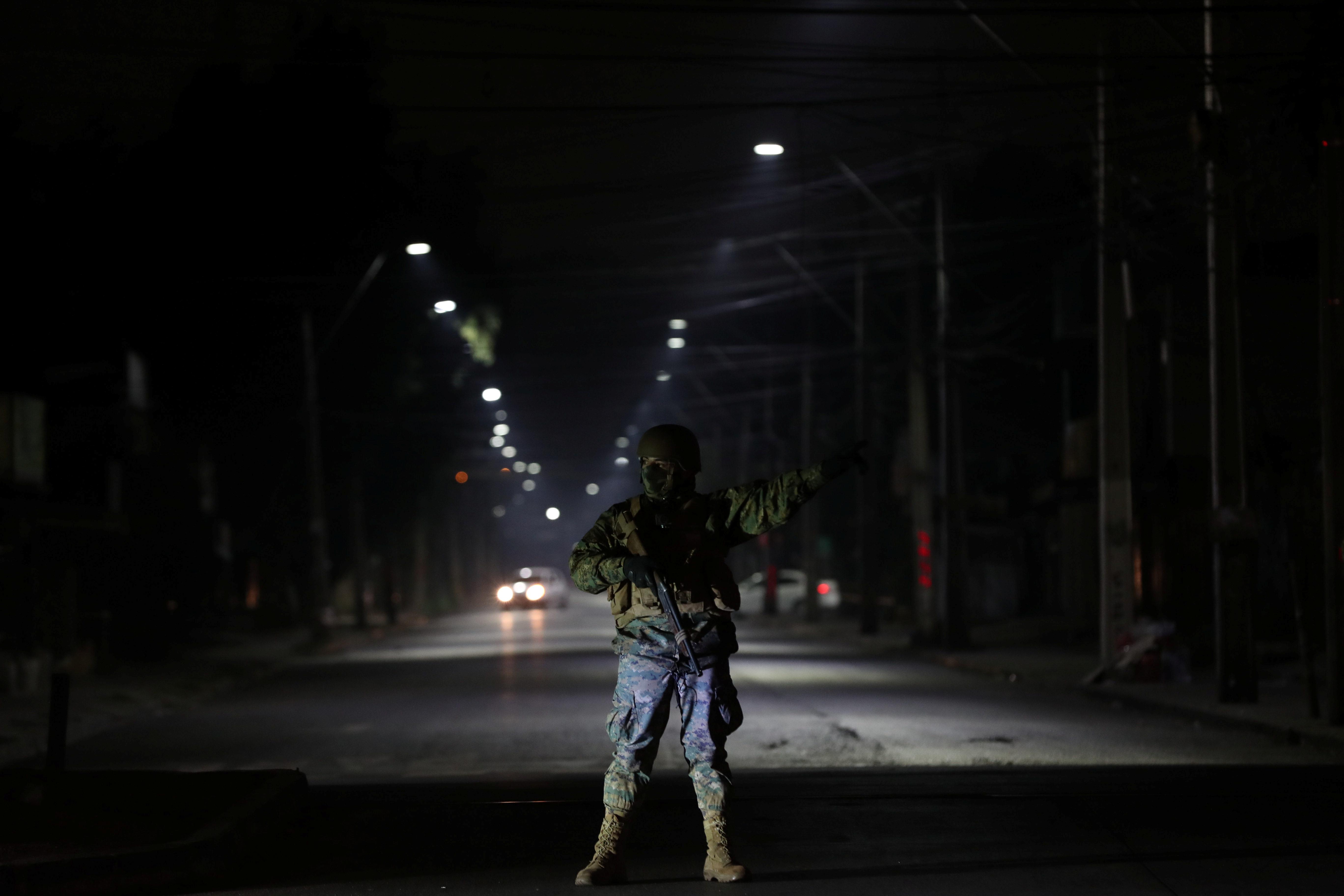 A youth in a hoodie and critically, without a mask, emerges from a house and, spotting the soldiers, darts down an alleyway.

They give chase and quickly apprehend the miscreant who says he was buying milk for his baby and is escorted home with a warning.

This is safeguarding the coronavirus lockdowns and curfews Chilean-style, with soldiers and police working in tandem, wielding weaponry but with a carefully gloved fist.

Captain Nicolas Zamora told Reuters he and his men are mindful of the growing poverty and hunger also caused by the pandemic, and the risk it could exacerbate simmering tensions that remain from the social protests that exploded in October last year.

“You can tell the difference between the ones who just don’t care and the ones who are going out because they really need to,” he said. “We take it on a case-by-case basis.”

The army, mandated to safeguard curfews and lockdowns under a state of catastrophe to counter the coronavirus declared by President Sebastian Pinera in March, has drafted in reinforcements from around the country for a fresh crackdown this week in Santiago.

Troops and police conduct joint operations on public transport, in shopping precincts and highways around the city amid a surge in case numbers and deaths, which hit 160,846 and 2,870 respectively on Friday, the health ministry said. Chile now has the highest number of cases in Latin America per million people, according to Worldometer here?Si data.

Hospitals in Santiago report they are nearing maximum capacity and medics say they are having to make tough decisions about who gets beds and ventilators.

Since the return to democracy after the Augusto Pinochet dictatorship that ended in 1990, Chile’s armed forces have largely confined themselves to training or humanitarian missions, but have now been called onto the streets twice in six months – first under a state of emergency declared by Pinera after intense social protests broke out last October and now under the 90-day state of catastrophe.

Despite a month’s lockdown in Santiago and swathes of the country, the authorities acknowledge that the flattening coronavirus curve is peaking once again.

Traffic and people movement data has revealed that particularly in Santiago’s poorest communities, people are routinely going out.

A nurse at a central Santiago hospital, who did not wish to be identified, said fighting COVID-19 was intense and seeing people in the streets made her despair.

“Sometimes I come in at around 9:30 p.m., close to the curfew, and there are traffic jams,” she said.

In one hour on a central Santiago shopping street they detained 75 people, she said, and had caught people breaking the lockdown up to 16 times.

Fines have been bolstered to between two and 50 million pesos ($2,500 to $63,000) for those who test positive with coronavirus and still venture out.

“We will not rest for one second from going after those people who do not seem to want to understand that when they refuse to respect the rules, they not only put their lives at risk but the lives of everyone else,” Martorell said.

On Thursday night, in Quilicura in northern Santiago, a neighborhood known for its predominance of drug gangs, Captain Zamora’s men working with police and local council staff carried out mobile patrols and roadblocks.

Those caught in their net within an hour were a young woman in skin-tight jeans and her boyfriend, a takeaway food driver, a taxi and youth lurking in a side lane in a clapped out car. Most had the correct paperwork and were sent on their way. 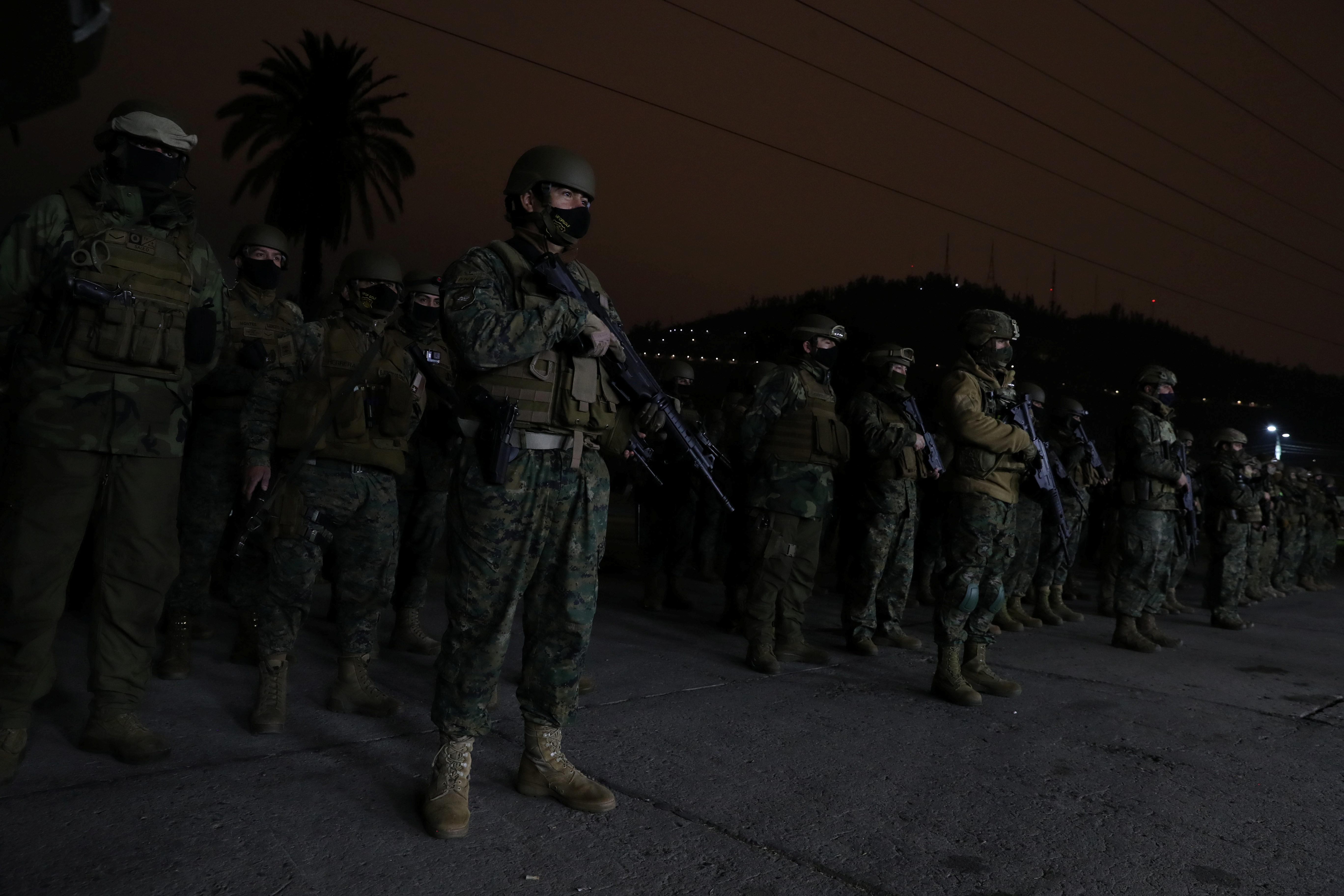 Two drunk men stopped at 3 a.m. said they were coming home from a baby shower, and there have been busts of large barbecues, and even a fireworks display for the funeral of a drug lord.

Captain Zamora said most people simply push the boundaries, exceeding the limits of their shopping permits or, in the case of older citizens, struggle to download permits from the police website.

In recent days though, the message seemed to be getting through. “We are noticing a change compared to last week,” he said. “People are showing an encouraging response. It’s rare now to get someone who refuses to comply with the rules.”

Tags: AR, CHILE, Coronavirus, HEALTH, US
You may also like
Recent News:
This website uses cookies to improve your user experience and to provide you with advertisements that are relevant to your interests. By continuing to browse the site you are agreeing to our use of cookies.Ok