The claim was made by Commodore C. Uday Bhaskar, director of the Society for Policy Studies thinktank in New Delhi. Relations between China and the United States declined dramatically during Mr Trump’s time in the White House.

The nuclear armed rivals clashed over trade, coronavirus, human rights and a number of territorial disputes.

According to Commodore Bhaskar, writing in the South China Morning Post, Beijing will welcome Mr Biden’s inauguration as president on January 20.

He said: “Biden’s approach is likely to be more multilateral and collective than Trump’s policy of going it alone.

“Beijing has cautiously welcomed Biden’s assumption of office, with hopes he will end Trump’s cold-war stance and return to a “sensible approach” in bilateral relations.” 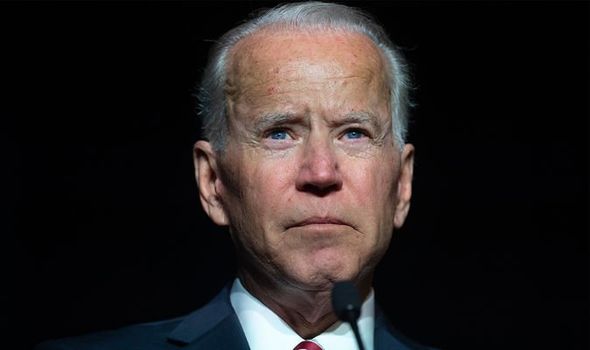 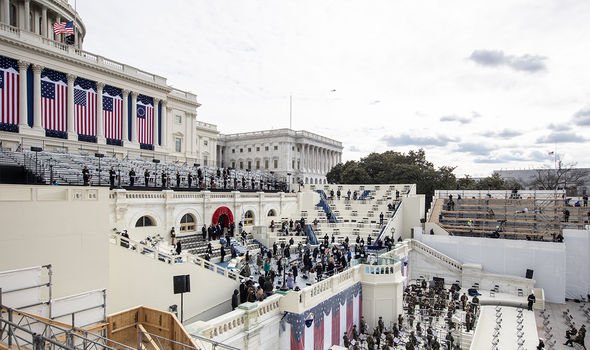 During his time in office President Trump introduced a number of new tariffs on Chinese goods, accusing the country of practicing unfair competition.

Beijing hit back with retaliatory levies on imports from America.

The US also sanctioned a number of top Chinese officials over alleged human rights abuses.

Beijing has been accused of holding over a million of its Muslim citizens, primarily Uyghurs, in ‘re-education camps’ in the east of China. 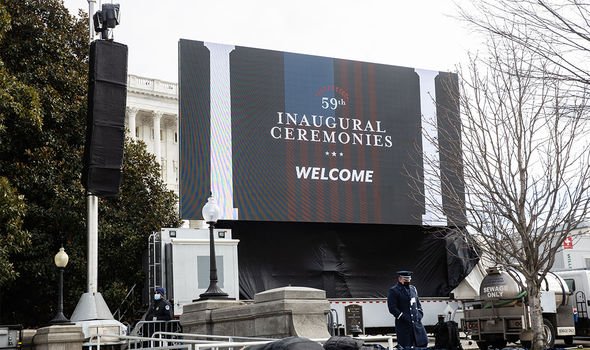 Last month Mr Biden emphasised he will work with other powers to respond to China.

The incoming president stated: “On any issue that matters to the US-China relationship – from pursuing a foreign policy for the middle class, including a trade and economic agenda that protects American workers, our intellectual property, and the environment – to ensuring security and prosperity in the Indo-Pacific region, to championing human rights – we are stronger and more effective when we are flanked by nations that share our vision for the future of our world.”

In 2020 the United States increased its military cooperation with Japan, India and Australia in what some observers described as a “quad” aimed at containing China. 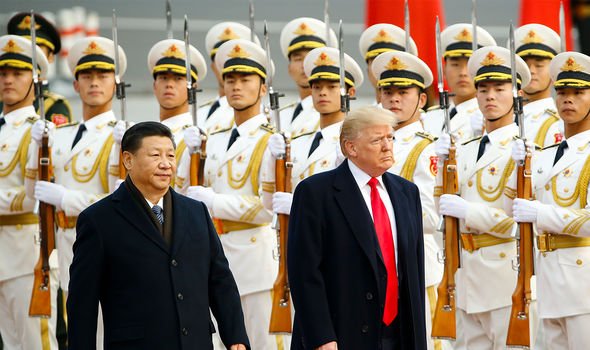 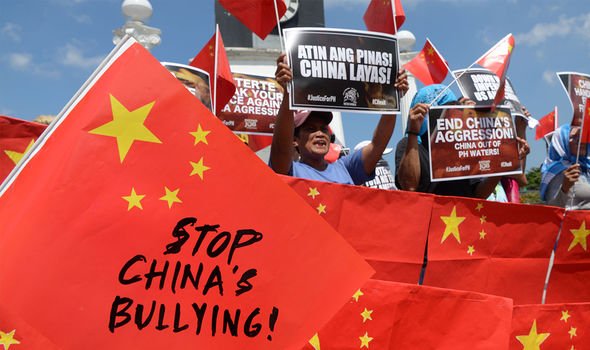 In November the four powers took part in a joint naval exercise in the Northern Arabian Sea.

Commodore Bhaskar argued Mr Trump’s presidency saw a radical change in US attitudes to China, with Washington primarily regarding Beijing as a threat to be contained.

He wrote: “From Bill Clinton to Barack Obama, presidents prioritised the US-China relationship along the economic-trade-investment track with an abiding but understated security-strategic dissonance.

“The received wisdom was that, as Beijing prospered, it could be brought to the global table and encouraged to conform to the prevailing US-led international order.

“In a departure from this template, Trump was unambiguous in identifying Beijing as a threat to US interests and imposing strictures and penalties.

“While China has been identified as a security concern since the 1990s, the bilateral relationship deteriorated swiftly during Trump’s term, hitting an all-time low last year as US protocols and agreements pertaining to trade, Tibet and Taiwan were radically recast.”

During the Trump era the dispute between Beijing and Washington over the South China Sea intensified considerably. 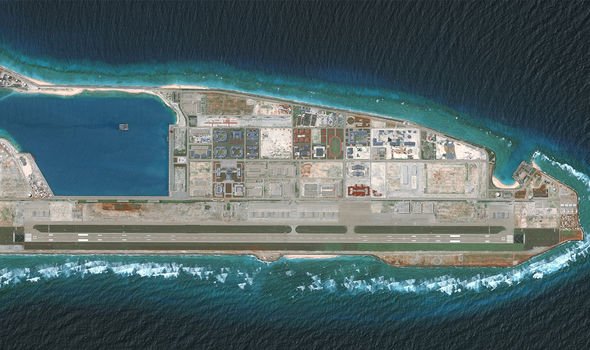 China’s claim of sovereignty over the world’s busiest shipping lane clashes with rival claims from six of its neighbours.

The US refuses to accept Chinese sovereignty and has been sending warships on “freedom of navigation” patrols through the region to make this point.

Meanwhile Beijing has been constructing military bases on islands, both natural and artificial, to strengthen its grip over the South China Sea.