The country has been gripped by a complex banking fraud that has seen a number of deposits frozen at four lenders in central Henan and one in eastern Anhui. Officials say the scam involves a private financial group with stakes in the lenders. The company is reported to have colluded with bank staff to fake data and to illegally siphon off funds.

Earlier in July, the `Henan branch of the Bank of China (BoC) declared that people’s savings held there were now “investment products” that could not be withdrawn.

This produced a furious response from the bank’s customers, who took to the streets to express their anger.

In Zhengzhou, about 1,000 people gathered at the local branch of the BoC to demand action by authorities to return their money.

The protestors were approached by white-shirted security guards who beat them up and dragged them away.

New video footage posted to social media on Wednesday by Twitter user @victorkvert2008 purportedly shows a column of tanks moving down a street in an undisclosed city, as people watch on.

@victorkvert2008 wrote: “Tanks have appeared on the streets of the Chinese province of Henan, they protect banks from angry depositors. 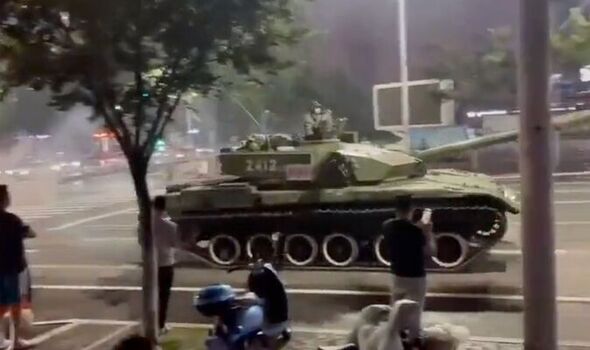 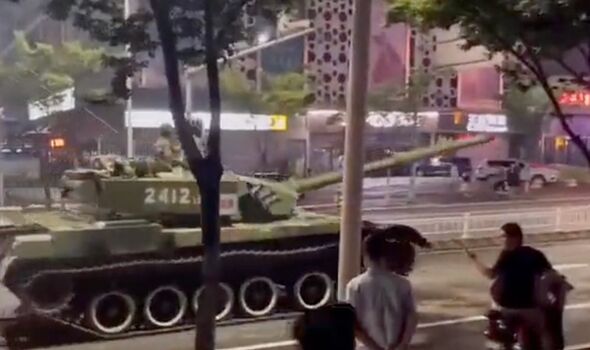 “Money in the accounts of citizens is frozen and not returned under the pretext that it is now an investment.

The scandal has cast a harsh spotlight on the 4,000 small and medium-sized banks sprinkled across the country.

Following investigations and arrests, officials reimbursed some money on July 15 to smaller depositors.

Last Thursday, financial authorities in Henan said they would make a second round of repayments on behalf of the four rural banks there from July 25. 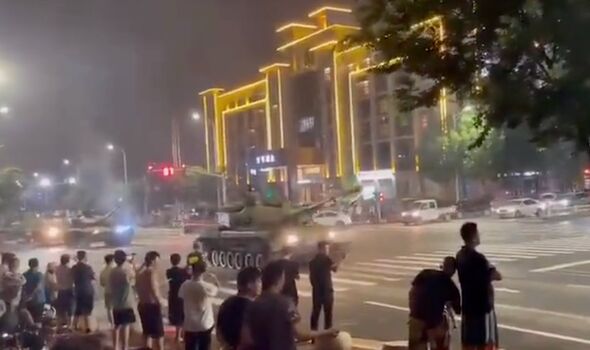 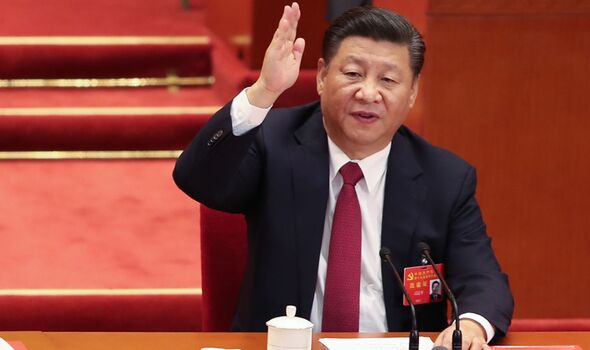 Individuals with deposits of up to 100,000 yuan ($14,787) will be repaid, the Henan branch of the China Banking and Insurance Regulatory Commission (CBIRC) and the provincial financial bureau said in a joint statement.

Authorities in Anhui’s Bengbu city made a similar statement, saying it will start repaying clients at a bank there with deposits of 50,000-100,000 yuan.

Michael Pettis, a professor of finance at Peking University, told The Guardian that the Henan banking fraud was potentially just the tip of the iceberg.

He claimed that authorities were unprepared for the extent of the fraud and hidden loses embedded in China’s financial and banking system.

Mr Pettis said: “It seems that any long period of soaring real-estate prices and explosive growth in debt creates powerful incentives for excessive risk-taking and even fraud. 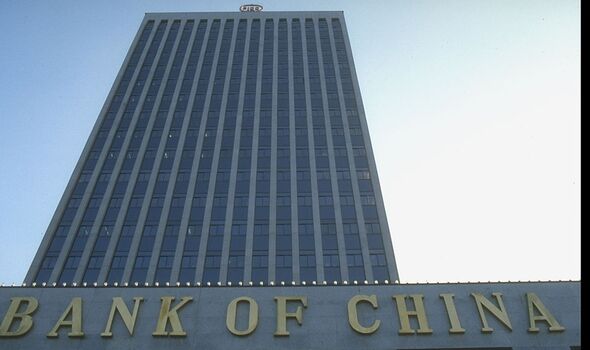 “Because the past decade in China has seen a real estate bubble of historic proportions, along with among the fastest increases in debt ever seen, I suspect we are going to see a lot more of this in the next few years.”

It comes as the Xi administration grapples with a growing mortgage boycott by homeowners.

Analysts say the boycott is “still multiplying” and “threatens to become much more widespread”.

So far it has affected some 235 property developments in 24 of China’s 31 provinces.

The financial crisis could not be coming at a worse time for China’s president who is expected to secure a third leadership term at a once-in-five-years Communist Party congress later this year.