Beijing has imposed a controversial new security law on Hong Kong, that has sent shockwaves throughout the world and led to several global superpowers, including the UK, to intervene and threaten punishment on the country in retaliation. These laws allow for life imprisonment for actions deemed as sedition, subversion, terrorism or foreign collusion, and threatens foreigners with punishment if they criticise Beijing’s actions in the city. Now China’s enforcement of their communist mantra has intensified after books to do with ‘pro-democracy’ were removed from libraries and authorities demanded schools and nurseries teach their pupils to obey the new security law.

Authorities in Hong Kong announced that nine books, including two by Joshua Wong, one of the leaders of the pro-democracy protests, were under review for “compliance” with the new law.

In response to this, Mr Hague, wao is also a former Secretary of State for Foreign and Commonwealth Affairs, wrote in The Daily Telegraph: “What do we learn from Wong’s new book, that helps us understand why an immensely powerful state wants to suppress the thoughts of a 23 year-old activist and has previously held him in prison? Why is he such a threat that his every word has to be hunted down, pulped or burned?

“He recounts the warming feelings towards China among his generation at the time of the 2008 Olympics, accompanied by the hope that “one country, two systems” might actually work.

“But then he explains how this went sour as the commitment to universal suffrage in Hong Kong was abandoned, and Xi Jinping, “a wolf in panda’s clothing”, came to power. A new political identity, of “unbelonging towards the motherland”, was thus forged. 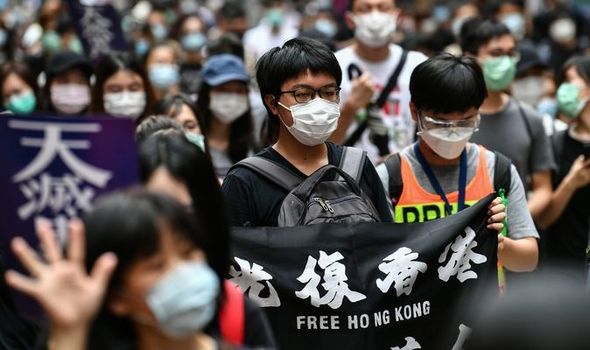 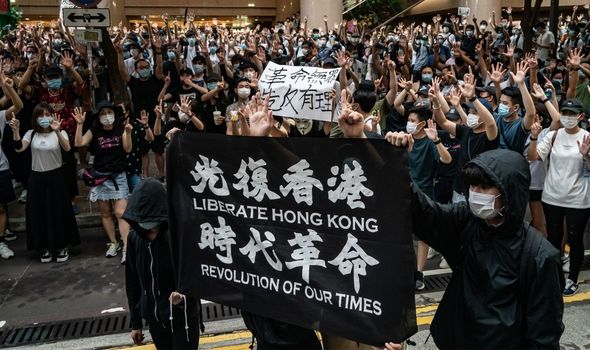 “My main reflection on Wong’s book, however, is that the central weaknesses of both western democracy and Chinese totalitarianism are exposed. In the case of the West, that weakness is our complacency, our indifference to growing dangers, our easy assumption that we are too smart to be undermined from outside.

“It takes a young activist from the other side of the world to point out to European and American readers that autocratic regimes, including Russia, are mounting a serious threat to free societies.”

Mr Hague details the huge effort by the Russian state under the presidency of Vladimir Putin to “sow discord in western countries and corrode their unity”.

But he explains the situation in China is slightly different, as “their political leaders become less willing to confront an aggressive foreign policy or human rights abuses”, leading to a dangerous precedent of democracy being slowly “eroded”. 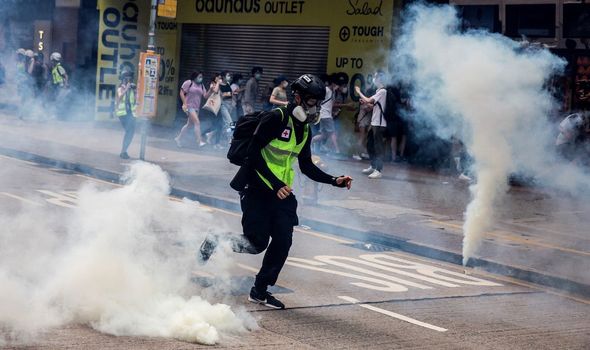 The former Conservative leader says: “China’s undermining of democracy is more subtle, and almost a by-product of becoming the world’s first or second economy with centralised control of huge enterprises and cutting-edge technology.

“As China’s stake in western economies increases, their political leaders become less willing to confront an aggressive foreign policy or human rights abuses. As China becomes an indispensable market for western corporations, they feel ever more bound to refrain from criticism.

“Slowly, inexorably, the freedom to think or speak differently globally is being eroded.”

But Mr Hague claims that while some democracies have previously been slow to react to such threats, some are now starting to fight back. 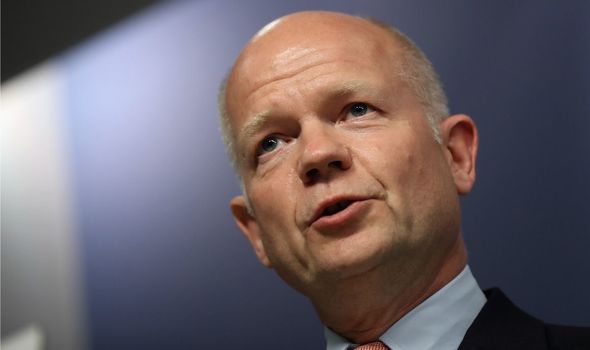 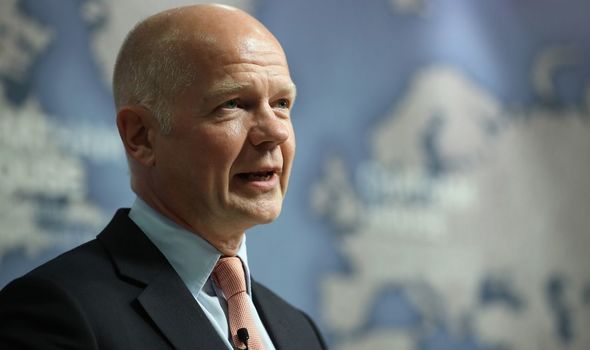 He uses the example of the UK working on new legislation to block foreign takeovers impacting on key technologies and national security, promising consultations on closing loopholes on foreign spending in elections, and establishing a new Counter Disinformation Cell.

The former Conservative leader also commends the decision to open the country’s borders to Hong Kong’s residents as a result of the ongoing action from China.

But he warns: “Far more will need to be done, by many more countries and in co-ordination with each other, for these efforts to be successful. American leadership, paralysed by White House refusal to accept the scale of Russian involvement in the last presidential election, will be vital.

“The idea of the G7 working with Asian democracies such as Japan, South Korea and India is the right one, but at the moment, most people in advanced democracies do not realise what is happening, and those hurling abuse at each other on social media are oblivious to how they are manipulated from afar.

“Wong says he is ‘sending out a distress signal to the world so that counter-measures can be taken before it is too late’. We should listen to him, for in focusing on our tardiness in protecting ourselves he is spot on.

“Yet his diagnosis of the ultimate flaw in autocratic regimes is also correct: that they continually have to double down on repression at home and showing strength abroad.

“He argues that such a two-front strategy is the only way to retain power, “however invincible and invulnerable they appear to the outside world”. This is indeed China’s problem.

“The price of pushing forward the border with India on land, clashing with Vietnam at sea, bullying Australia on trade and suppressing dissent in Hong Kong with arbitrary law is mounting alarm around the world.”