Ship tracking data revealed Beijing deployed a controversial survey vessel with a Coast Guard escort on Tuesday as the row in the disputed waters heats up. China often deploys the controversial spy vessels into waters claimed by other nations in the South China Sea to monitor rivals, as well as for military purposes.

It is an action which is interpreted as an assertion of its claim to “historic rights” over nearly all of the disputed waterway.

It comes as the new prime minister of Japan Yoshihide Suga prepares to visit Vietnam next week, a country which Beijing views as a strategic rival.

It is expected that Japan could be planning to sell defence equipment to the one-party state. 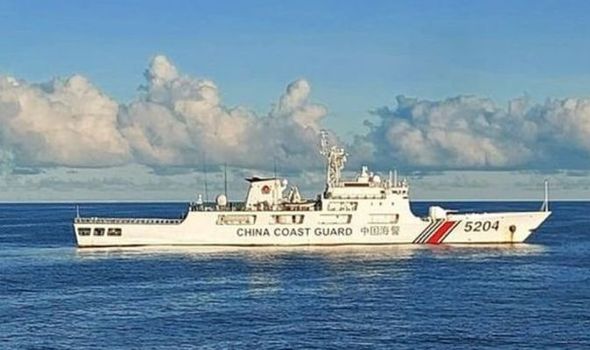 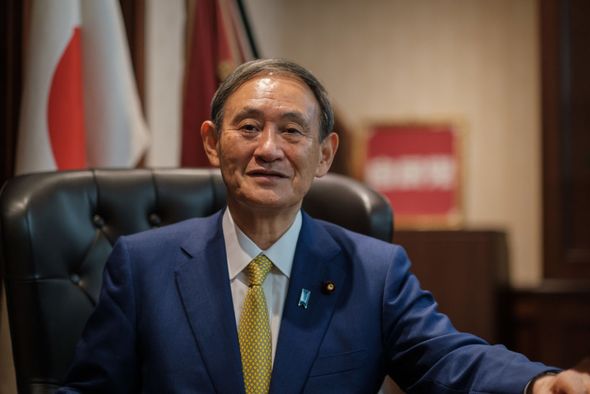 The actions prompted Hanoi to send five ships operated by Vietnam’s maritime law enforcement agency to monitor both the vessels as they travelled into the country’s waters.

Kato Katsunobu, Chief Cabinet Secretary of Japan, said of the call: “Japan will work with various nations to realize a free and open Indo-Pacific region. That’s the idea we have.” 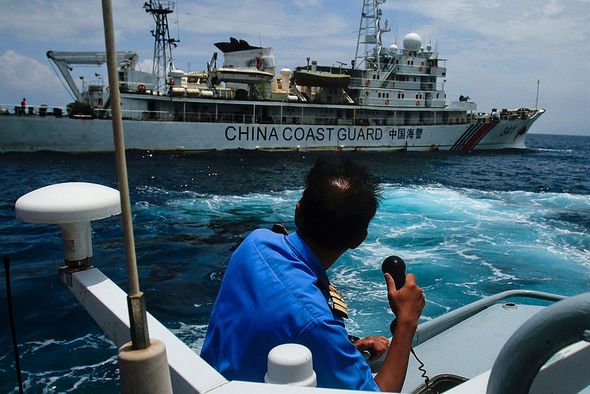 Mori Takeo, Japan’s Deputy Minister for Foreign Affairs added the visit “underlined the importance of peace and stability in the region”.

Vietnam and China have for years been at loggerheads over the potentially energy-rich waters, called the East Sea by Vietnam. 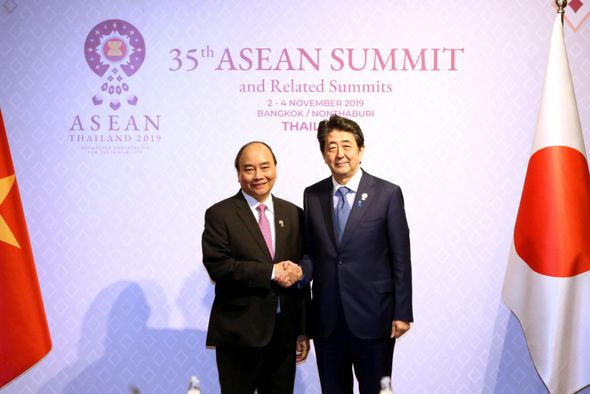 The nation uses a U-shaped “nine-dash line” on its maps marks a vast expanse of the waters that it claims.

This includes large parts of Vietnam’s continental shelf where it has awarded oil concessions.