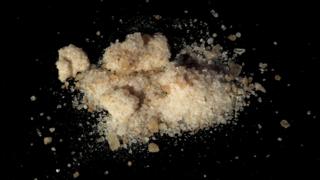 A Chinese court has sentenced a second Canadian citizen to death on charges of producing illegal drugs.

A court notice in the province of Guangdong said Ye Jianhui was sentenced on Friday, a day after another court sentenced Xu Weihong.

They are the third and fourth Canadians to be sentenced to death in China recently.

Relations between the countries have been tense since the arrest of a Huawei executive in Vancouver in late 2018.

Meng Wanzhou’s detention following a request from the United States angered China and soured relations with both Canada and the US.

No details of the cases were disclosed. But local media say police found over 218 kilograms (481 pounds) of white crystals containing MDMA, also known as ecstasy, in a room used by Ye and five other men, all Chinese nationals.

One of the other five men was sentenced to death, while the rest were given jail sentences ranging from seven years to life in prison.

On Thursday, Xu Weihong was found guilty and sentenced to death by another court in Guangdong province, for producing the powerful tranquiliser ketamine.

China’s foreign ministry spokesperson Wang Wenbin said there was no connection between his case and the current state of China-Canada relations.

“I would like to stress that China’s judicial authorities handle the relevant case independently in strict accordance with Chinese law and legal procedures,” said Mr Wang. “Death sentences for drug-related crimes that are extremely dangerous will help deter and prevent such crimes.”

Last year two other Canadian nationals were sentenced to death over drug charges. Robert Lloyd Schellenberg was found guilty of drug smuggling after a sudden retrial. Months later another man, Fan Wei, was given the death penalty for trafficking methamphetamine.

In December 2018, China began detaining two Canadians, Michael Kovrig and Michael Spavor, accusing them of spying. They were formally arrested earlier this year.

Tags: Canadia, China, second, sentences
You may also like
Recent News:
This website uses cookies to improve your user experience and to provide you with advertisements that are relevant to your interests. By continuing to browse the site you are agreeing to our use of cookies.Ok