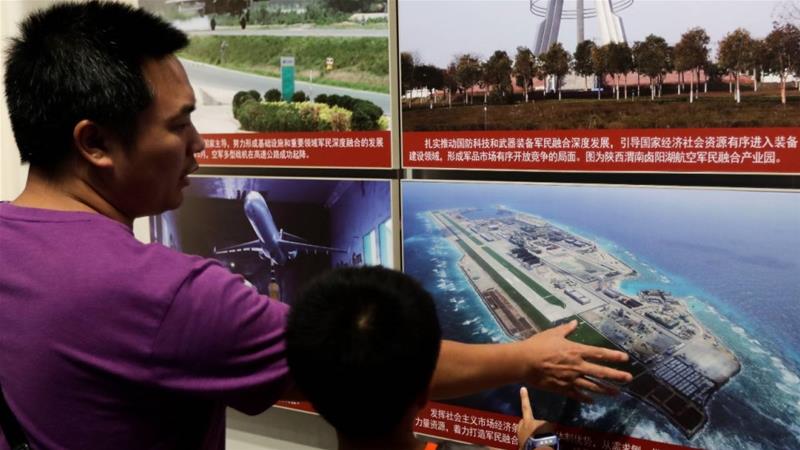 Having secured an alliance with Philippine President Rodrigo Duterte during a state visit to Beijing in 2016, Chinese President Xi Jinping underlined it when he visited Manila in 2018, promising a new chapter in the two nations’ diplomatic ties and vowing to turn the disputed South China Sea into “a sea of peace”.

In a published message to Filipinos just before his trip, Xi recalled how, more than 600 years ago, Chinese explorer Zheng He “made multiple visits to the Manila Bay, Visayas and Sulu” areas during his “seven overseas voyages seeking friendship and cooperation”.

The suggestion was that China had been in contact with the archipelago long before Europeans arrived and named it Las Islas Filipinas after Spain’s King Felipe II. It was also a way for Xi to bolster China’s claims in the South China Sea – based on its “nine-dash line” and long contested by the Philippines, Vietnam, Malaysia, Brunei and Indonesia.

The problem is that the evidence suggests Zheng never set foot in the future Philippine islands.

“All the scholars all over the world are unanimous: Zheng He never visited the Philippines,” Antonio Carpio said in an online lecture earlier this month, calling Xi’s anecdote “totally false”. The former Philippine Supreme Court justice also presented official Chinese records that debunk Beijing’s “historic maritime rights” over the South China Sea – thereby raising new questions about its standing in the region as tensions escalate.

On Monday, the US raised the stakes, saying “Beijing’s claims to offshore resources” across most of the disputed seas were “completely unlawful”. US Secretary of State Mike Pompeo added that the world would “not allow Beijing to treat the South China Sea as its maritime empire.” In response, Beijing accused Washington of unnecessarily inflaming the situation.

Earlier, the US deployed the warships USS Nimitz and USS Ronald Reagan to assert what it calls its freedom of navigation in the waters. A sailor on one of the ships told Al Jazeera that the operations could last for weeks. China held a large-scale naval exercise in the area from July 1 to 5.

‘History vs facts on the ground’

Historical records may not favour China in the continuing debate on the control of the South China Sea,  through which as much as $5.3 trillion in global trade passes annually.

Refuting the Chinese president’s claim, Carpio presented evidence from China’s own Naval Hydrographic Institute, chronicling Zheng’s visit to the then-Cham Kingdom of central Vietnam. A translation mixup of the kingdom’s Chinese name, incorrectly referred to it later as a Philippine island.

A 2019 Ancient History Encyclopedia article also traced Zheng’s expeditions in the early 1400s as far as the Arabia and Africa, but nowhere in the story did it mention Zheng’s supposed visit to the Philippines. 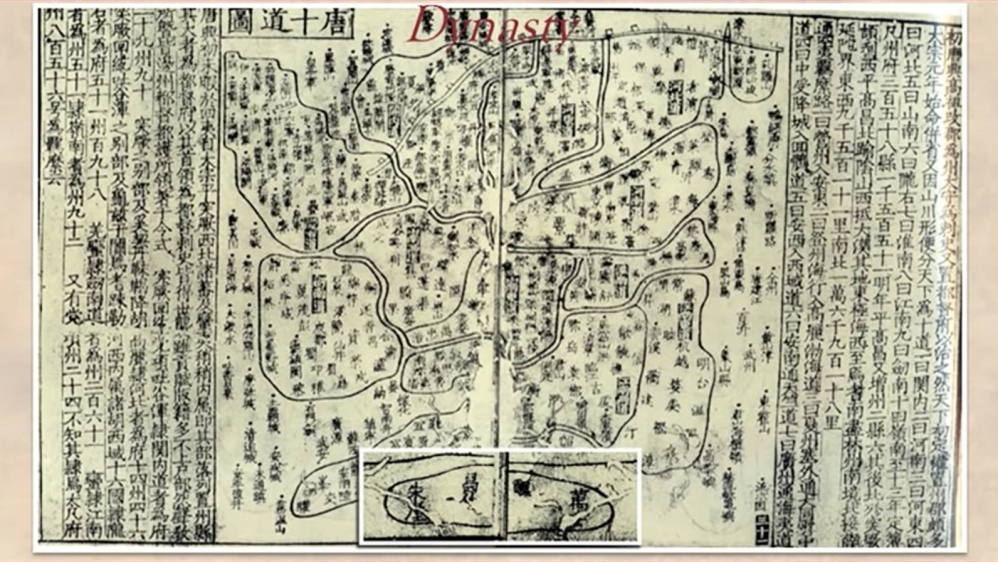 To further disprove China’s claim of “historic rights”, Carpio presented several ancient Chinese maps, dating as far back as 900 years ago, to the Song and Tang dynasties. All the maps showed that China’s southernmost territory was the island of Hainan.

Additionally, the 1947 Constitution of the Republic of China, also identified Hainan as the country’s southernmost part, raising questions over what would later emerge as the “nine-dash line” claim.

Regardless of the historical evidence, the reality is that China already “controls almost all the facts on the ground” and now has a “real and credible foothold” in the South China Sea, said Thomas Benjamin Daniel, senior foreign policy expert at Malaysia’s Institute of Strategic and International Studies.

Still, Daniel and other analysts urge China and other stakeholders in the region to abide by the principles and spirit of international law, to keep the peace and avoid situations that would lead “down a very dangerous road.”

It has continued to expand its facilities in the South China Sea regardless, including a three km (1.86 miles) military-grade runway, barracks and radars on Mischief Reef, which is within the Philippine EEZ.

Maritime incidents have also escalated, and in April a Vietnamese boat was sunk; an incident blamed on a Chinese surveillance vessel. All eight firshermen survived. In June 2019, at least 22 Filipino fishermen were almost left to drown when their fishing boat was rammed under suspicious circumstances by an alleged Chinese militia boat. They were later rescued by Vietnamese fishermen.

On Tuesday, Malaysia revealed that Chinese coastguard and navy ships were recorded to have encroached into its waters at least 89 times between 2016 and 2019. Earlier this year, there were also reports of a Chinese government survey ship “tagging” a Malaysian oil-exploration vessels within the Malaysian EEZ.

Cabalza, of the National Defence University in Beijing, described China’s behaviour as “schizophrenic”, as it tries to employ confrontation and cooperation in dealing with its neighbours.

As part of its effort to defuse tensions in the region, the Association of the Southeast Asian Nations (ASEAN) has been pressing China for years to reach agreement on the so-called Code of Conduct, which would govern countries’ behaviour in the South China Sea.

Differences between members – some of whom have no claim to the sea but are close to China – mean there has been has little headway.

Cabalza says the 10-nation bloc must present a more unified voice before it takes on China, which prefers bilateral negotiation, adding that ASEAN nations “should not become submissive” in negotiating an equitable deal with Beijing.

On June 26, ASEAN leaders held a virtual summit hosted by Vietnam, in which they declared that the 1982 United Nations oceans treaty should be foundation of sovereign rights and entitlements in the South China Sea. However, the leaders were unable to make significant progress on the Code of Conduct. 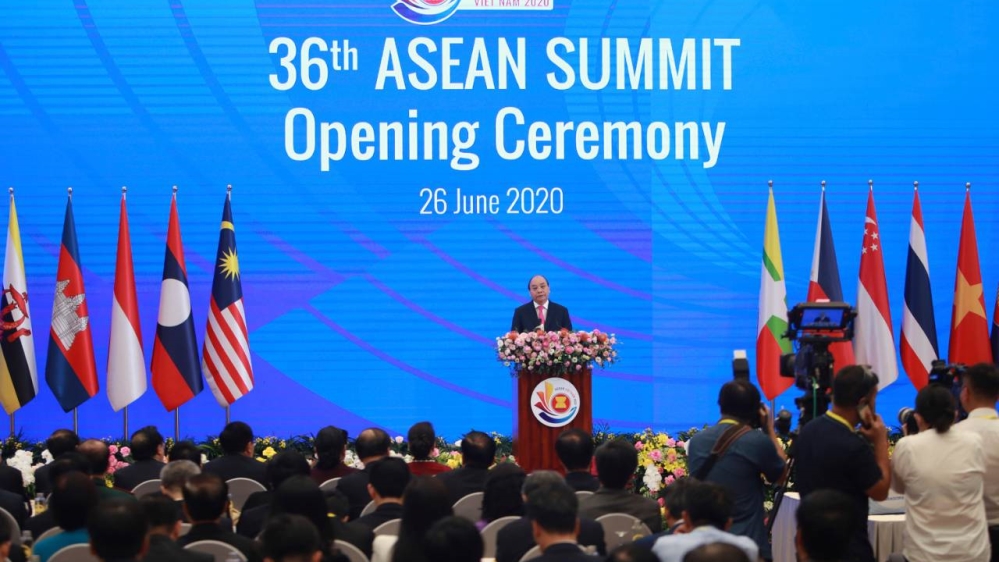 Daniel says he is “not very optimistic” that an agreement can be reached soon in order to help ease tension.

“ASEAN is an Association of 10 member states with different national and foreign priorities, that makes decisions based on consensus. Consensus here often means the lowest common denominator.”

In the absence of a consensus, the increased presence of the United States in the South China Sea could prove a useful counterweight.

Daniel said the “marked increase” of US freedom of navigation operations and sharper rhetoric, show that Washington wanted to remain relevant in the region.

On Wednesday, Pompeo issued another statement saying the US would “support countries all across the world who recognise that China has violated their legal territorial claims as well – or maritime claims as well.”

Meanwhile, Carpio said all navies from around the world should be encouraged to sail through the South China Sea and exercise freedom of navigation – to deliver a message to Beijing that it does not control the area.

He also urged Malaysia, Brunei, Indonesia and Vietnam to help the Philippines in explaining that China’s claim of “historic right” is “totally false.”

“We should continue resorting to the rule of law, because we have no other choice,” Carpio said.

Tags: China's, debunk, own, records
You may also like
Recent News:
This website uses cookies to improve your user experience and to provide you with advertisements that are relevant to your interests. By continuing to browse the site you are agreeing to our use of cookies.Ok