The American sprinter was banned by the Athletics Integrity Unit (AIU) until 13 May 2022 because of three violations of doping control rules.

Coleman, 24, is not accused of taking a banned substance.

But he missed two visits by sample collection officials and he failed to file correct information on another occasion, all in 2019 – the year he won his world title in Doha.

The incidents were on 16 January, 26 April and 9 December, with the second one a filing failure related to him not update his whereabouts information soon after he learned of itinerary changes.

Coleman was provisionally suspended by the AIU in June and the decision has now been upheld by a disciplinary tribunal. 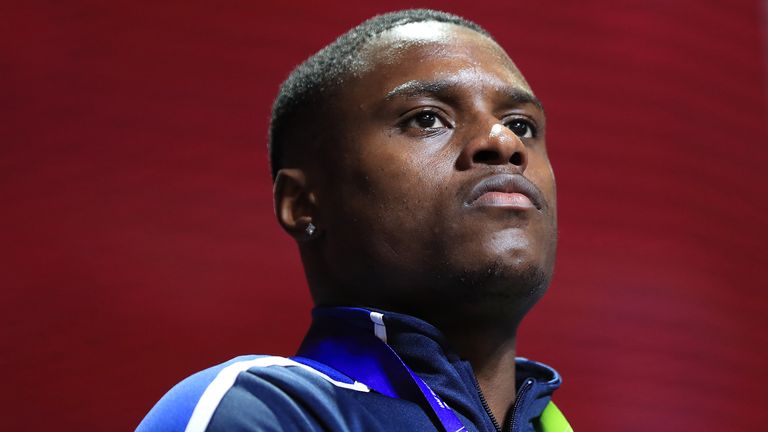 He claimed anti-doping officials did not follow procedures after he failed to meet them at a time he said he would be home on 9 December.

At the tribunal, officers said they were present outside his home in Lexington, Kentucky, during the allotted hour, from 7.15pm.

Coleman said he had returned home after Christmas shopping before the hour-long slot was over.

However, receipts showed Coleman had made a purchase from a supermarket at 8.22pm that evening.

The AIU said: “We regret to say that we do not think there is any mitigation which can fairly be relied upon to reduce the sanction from the two-year period.

“Unfortunately, we see this case as involving behaviour by the athlete as very careless at best and reckless at worst.”

It added: “We do not accept the athlete’s evidence. It is obvious that in fact the athlete did not go home until after making his 8.22pm purchase. We are comfortably satisfied that this is what happened.”

The athlete complained doping control officers didn’t call him on that night in December but the AIU said they were not required to.

In a previous violation, testers showed up and called Coleman from in front of his house on 26 April 2019.

He told them he was not available for testing because he had gone to the Drake Relays in Iowa.

Four minutes after the call, according to the evidence, Coleman updated his whereabouts form to indicate he was, in fact, in Iowa.

Coleman’s agent Emanuel Hudson said the ban will be appealed to the Court of Arbitration for Sport.