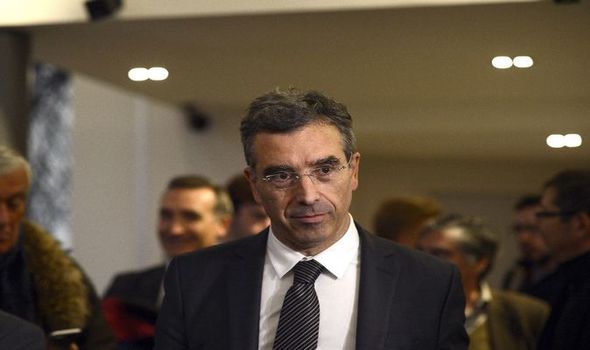 Mr Reynié, head of the political think tank Fondapol, told French newspaper Le Figaro: “The health crisis that we are experiencing could deal a fatal blow to the European Union.”

The spiralling outbreak could mark the end of the bloc’s “cowardly ambivalence,” he continued, as European leaders struggle to find a common response to the crisis.

The EU was for the most part widely “unprepared” for the coronavirus, he added, as the number of infections across the 27-member bloc continue to surge at an alarming pace.

As of Tuesday, there have been at least 378,679 confirmed cases of people with the flu-like illness worldwide.

The first 100,000 cases took 67 days to appear, while the most recent 100,000 took just four days, the head of the World Health Organisation (WHO), Tedros Adhanom Ghebreyesus, warned on Monday.

Around one in five people around the globe are now under lockdown, ordered to stay home, as the world enters a critical week in responding to the worsening pandemic. 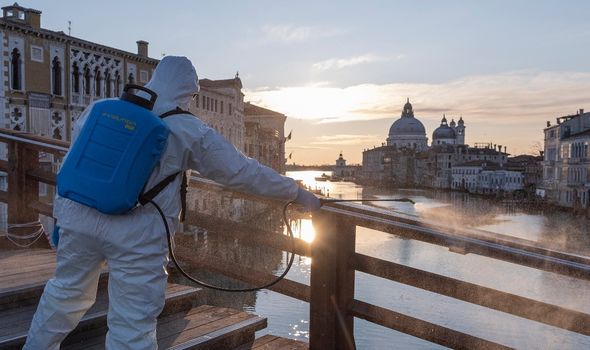 In Italy, the world’s worst-hit country, people need a special personal declaration to leave the house confirming that it’s for work, grocery shopping or a critical reason such as health.

Anyone caught violating the lockdown risks three months in prison and a 206 euro (£189.5) fine.

Spaniards are also under strict lockdown and can only leave their homes to work if they cannot do so at home, buy medicines or food, or to briefly walk their dog.

France last week followed in Italy and Spain’s footsteps except that going outside for brief exercise is still allowed. People who break the confinement measures face up to six months in prison and a fine of up to 3,700 euros (£3,402).

Mr Tedros, however, offered a glimmer of hope, saying it was still possible to “change the trajectory of this pandemic”.

He told an online press briefing: “We are not prisoners to statistics. We are not helpless bystanders.”

The WHO chief called for global political commitment to turn the tide on the outbreak, urging countries to take both defensive and attacking measures.

“Asking people to stay at home and other social distancing measures are an important way of slowing down the spread of the virus and buying time, but they are defensive measures.

He insisted: “To win we need to attack the virus with aggressive and targeted tactics – testing every suspect case, isolating and caring for every confirmed case and tracing and quarantining every close contact.”

Tags: coronavirus europe, eu ca, world
You may also like
Recent News:
This website uses cookies to improve your user experience and to provide you with advertisements that are relevant to your interests. By continuing to browse the site you are agreeing to our use of cookies.Ok