Muslims wearing face masks and socially distancing have started arriving in Mecca for a dramatically scaled-down Hajj pilgrimage in the wake of the coronavirus pandemic.

Some 2.5 million pilgrims usually visit the Saudi Arabian cities of Mecca and Medina for the week-long ritual – a once-in-a-lifetime duty for every able-bodied Muslim who can afford it.

But this year as few as 1,000 people already residing in Saudi Arabia will take part in the gathering in an effort to control the spread of COVID-19.

Rather than praying shoulder to shoulder in a sea of people from different walks of life, pilgrims have been standing apart and moving in small groups of 20.

In past years, it was common to see men pushing their elderly parents around on wheelchairs in order to help them complete the Hajj, along with parents carrying children on their backs and people eating together.

This year, however, pilgrims are eating pre-packaged meals alone in their hotel rooms.

For the first time in Saudi history, the government barred Muslims from entering the kingdom from abroad to perform the Hajj. 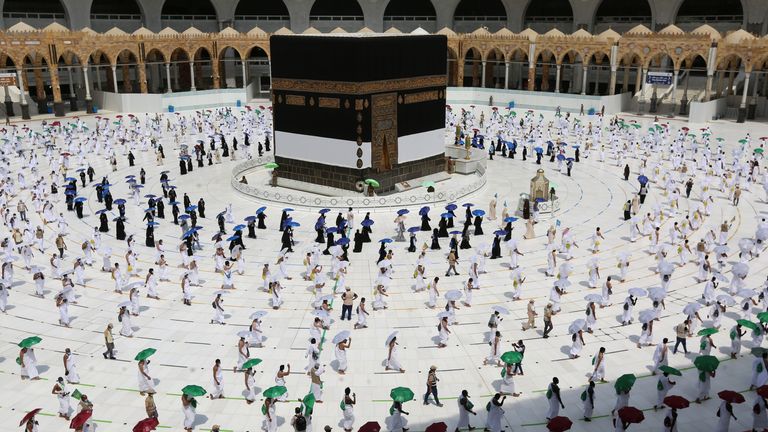 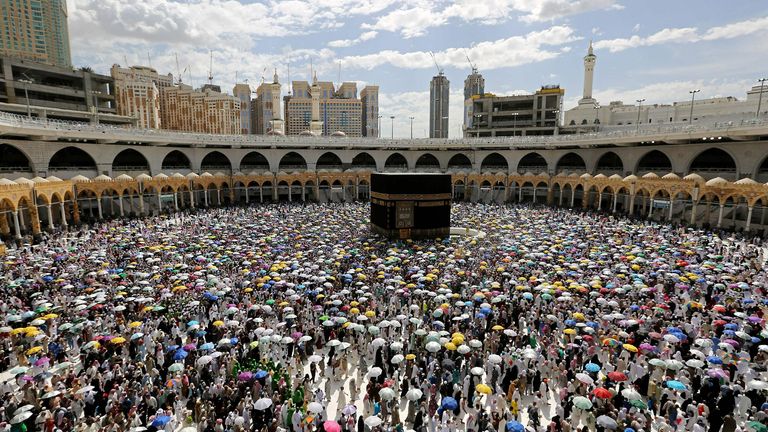 The pilgrims, who were selected after applying through an online portal, were required to be between the ages of 20 and 50, with no terminal illnesses and showing no symptoms of the virus.

Preference was given to those who have not performed the Hajj before. 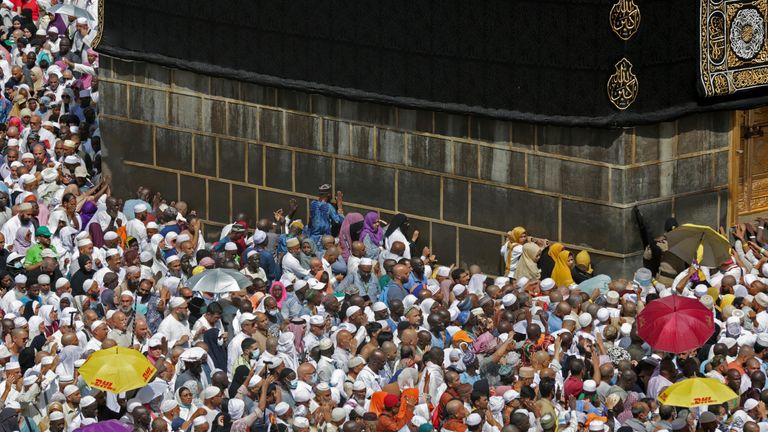 Pilgrims were tested for coronavirus, given wristbands that connect to their phones and monitored their movement.

They were also required to quarantine at home and in their hotel rooms in Mecca ahead of the start of the journey.

They also must quarantine for a week after the Hajj concludes on Sunday. 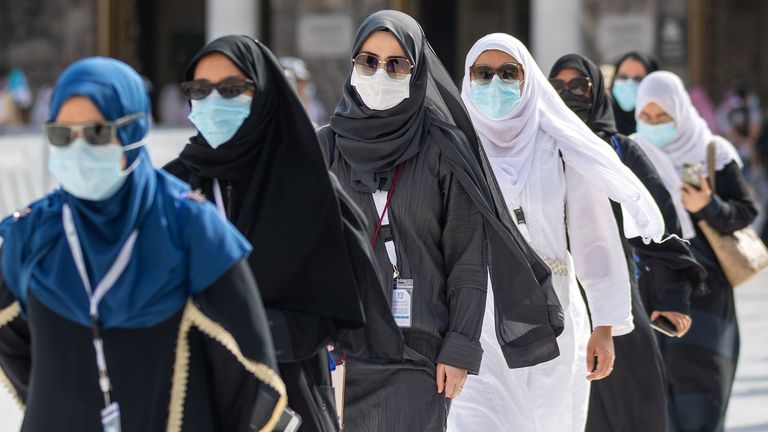 The Saudi government is covering all the pilgrims’ expenses for travel, accommodation, meals and healthcare.

The Hajj is one of Islam’s most important requirements and follows a route the Prophet Mohammed walked nearly 1,400 years ago. 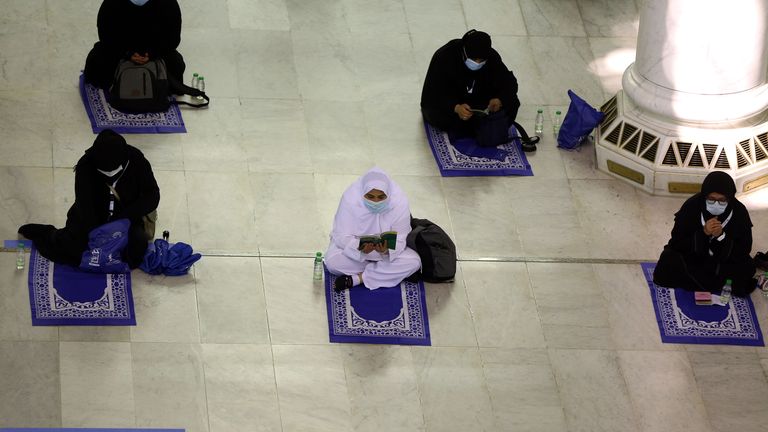 It is believed to ultimately trace the footsteps of the prophets Ibrahim and Ismail, or Abraham and Ishmael as they are named in the Bible.

The pilgrimage is intended to bring about greater humility and unity among Muslims and it is a journey that followers traditionally experience with relatives.

Tags: Coronavirus, Dramatic, pictures
You may also like
Recent News: