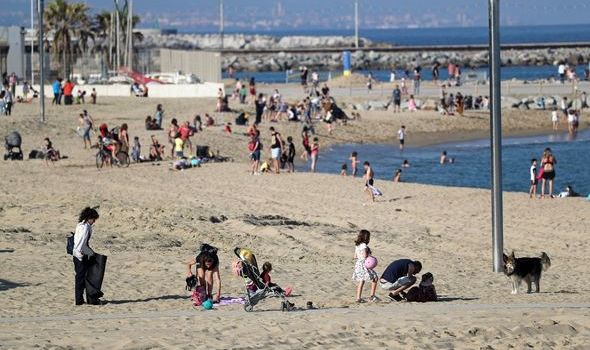 The Academia Carrara in Bergamo has restricted numbers and provided visitors with the bracelet to ensure social distancing rules are stuck to when it opened on Friday after more than 10 weeks of lockdown.

Italy is set to welcome back foreign visitors from June 3 and the Vatican Museums announced it will open two days earlier – with visitors needing to wear face masks and have their temperature checked before entry.

From tomorrow Germany is also preparing to reopen its tourist attractions to domestic visitors, including beach resorts on the Baltic island of Rugen. Foreign visitors, however, are still banned.

But Spain will welcome international tourists from July and its top-flight football league La Liga will restart on June 8, it was announced by Prime Minister Pedro Sanchez yesterday.

He said: “Spain has done what it needed to do and now new horizons can open for everyone. The time has come to recover many of our daily activities.

“Spanish football has a huge following but it will not be the only recreation activity that will return. We will guarantee tourists will not take any risks and will not bring us any risks.” 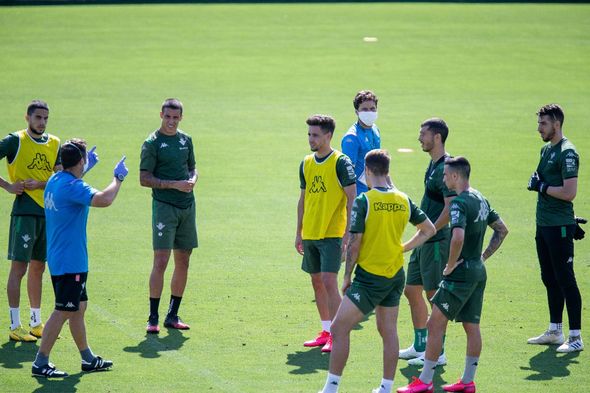 Portugal also allowed its residents to visit the beach for the first time this weekend and its Primeira Liga will restart from June 3 with matches promised nearly every day as new fixtures were set out.

But Brazil has become the third worst-affected country behind the US and Russia as it reported 1,001 more deaths, taking its toll to 21,048 and a total of 330,890 cases on Friday. Experts however fear the true numbers are far higher as Latin America’s top economy has been slow to ramp up testing.

The United States has recorded more than 97,700 deaths and 1.64 million cases. In San Francisco, 70 tents have been spaced out in socially distanced, painted squares outside City Hall as part of the city’s sanctioned homeless encampments for the over 8,000 who live on the streets.

For the first time since the outbreak started in Wuhan, China recorded no new cases on Friday.

Tags: headlines, lifestyle, travel, wor
You may also like
Recent News:
This website uses cookies to improve your user experience and to provide you with advertisements that are relevant to your interests. By continuing to browse the site you are agreeing to our use of cookies.Ok