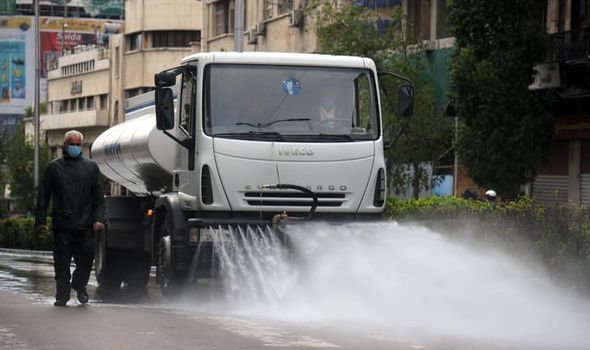 “If one (European) economy were to collapse, the entire bloc will quickly follow suit because our economies are highly integrated.” He added European “solidarity and unity” were the key to defeating the virus.

The European Union – the new epicentre of the outbreak that first emerged in China late last year – has recorded more than 750,000 cases of the novel coronavirus, according to an AFP tally published on Wednesday.

EU health officials have reported more than 58,000 deaths, most of them in France, Spain and Italy.

The bloc has struggled to come up with a common response to the epidemic, and the early days of the health crisis were marked by a blatant lack of solidarity with the hardest-hit states, forcing Brussels to intervene.

But EU finance ministers failed to agree in all-night talks on more support for their coronavirus-hit economies and their chairman said on Wednesday morning that he was suspending the discussions until Thursday.


Diplomatic sources and officials said a feud between Italy and the Netherlands over what conditions should be tied to eurozone credit for governments fighting the pandemic was blocking the progress on half a trillion euros worth of aid.

Eurogroup chairman Mario Centeno said: “After 16 hours of discussions we came close to a deal but we are not there yet.

“I suspended the Eurogroup and (we will) continue tomorrow.”

The finance chiefs are scrambling to agree a package of measures to help governments, companies and individuals.

They had hoped to agree on a half-trillion-euro programme to cushion the economic fallout and finance recovery from the health crisis, and paper over divisions that have marred relations as the bloc struggles with the outbreak.

“Together with (French finance minister) Bruno Le Maire, I therefore call on all euro countries not to refuse to resolve these difficult financial issues and to facilitate a good compromise – for all citizens.”

Issuing joint debt has long been a bone of contention between poorer southern countries like Spain and Italy and the fiscally frugal north, led by Germany and the Netherlands.

But Spain, France and Italy say that is not enough and have cast the discussion about more support as a test of solidarity that could make or break the EU.

Quick options to support the economy include the use of the European Stability Mechanism bailout fund, the European Investment Fund and the European Commission’s short-time work scheme.

Creating an emergency support fund issuing grants for medical supplies and health care is another idea, as is a French proposal to create a joint EU solidarity fund to finance long-term recovery.

Tags: collapse europe, Coronavirus, EU
You may also like
Recent News:
This website uses cookies to improve your user experience and to provide you with advertisements that are relevant to your interests. By continuing to browse the site you are agreeing to our use of cookies.Ok