One Moscow woman says she doesn’t know why her husband attacked her seemingly out of nowhere at the end of their first week in lockdown together.

“He was crashing the furniture, throwing things at me,” she said.

“He knocked over the fridge and the washing machine and all the wardrobes. I sat on the sofa with the children hoping that my kids wouldn’t be hit.” 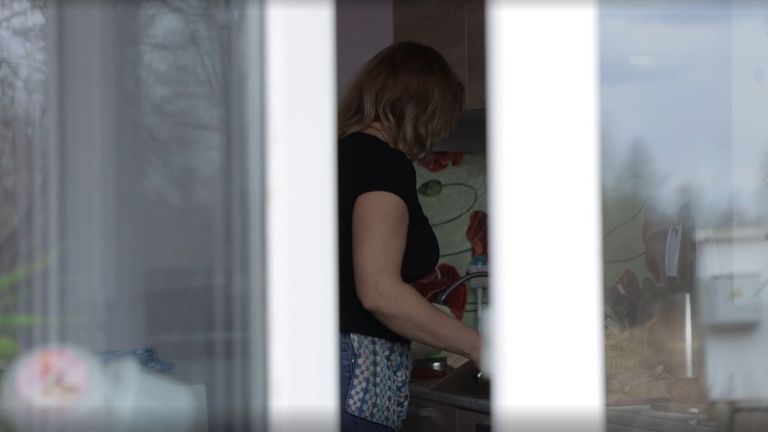 It was the first time he’d been physically violent towards Natalya (not her real name). Despite the lockdown and not wanting to take any chances, she took her two children and left.

Natalya said she used to criticise women in these kinds of circumstances.

“‘It’s her own fault,’ I would think. But now I’ve read a lot about it and I know that men like this become more and more aggressive. In the beginning he simply asked me to come back. Now he’s threatening to kill me,” she said.

Natalya was lucky to find a shelter that was open and would take her.

Many across Russia have shut because of lockdown. To make things more difficult, moving around in Moscow and some other Russian regions requires digital passes.

If you break the rules, you’re more likely to be sent home than escorted somewhere safe.

One by-product of lockdown felt in country after country is the terrible surge in domestic violence that comes with it. 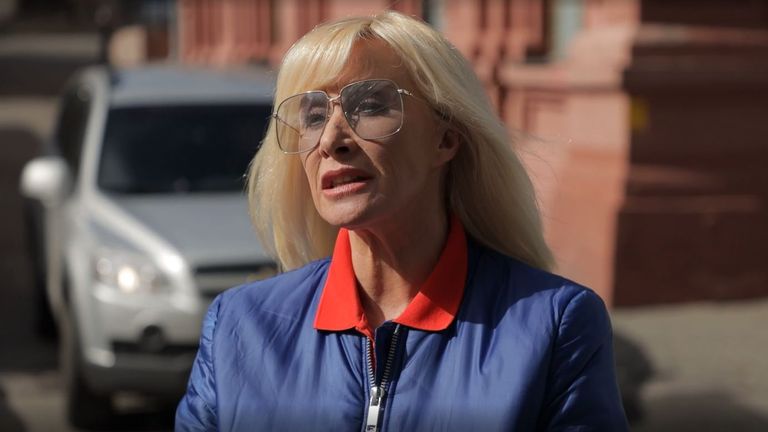 The UN is predicting a possible 15 million cases of intimate partner violence if lockdowns last three months, and 31 million if they go on for six months.

The UN secretary general has implored governments to put women’s safety first as they consider their pandemic responses.

Now in its sixth week in lockdown, and with the virus spreading at one of the fastest rates globally, Russia claims to be bucking that trend.

According to the interior ministry, figures are down 13% year-on-year with the gravest of violent crimes within the home down an apparent 16.4%.

Those statistics paint a very different picture from the surge in calls to crisis hotlines reported by women’s support groups.

Moscow City Council said calls to their psychologist hotline were up 20% over lockdown.

They also said that appeals for help from elderly women and women with disabilities, often the target of physical or psychological violence by close relatives, had almost doubled.

One of the major problems with the interior ministry’s claim is that it is tricky to count something which doesn’t exist in law.

Three years ago Russia’s parliament voted 380-3 to reduce the punishment for domestic violence, effectively removing the term from the criminal code.

Under current legislation, which is first instance domestic battery, if it doesn’t require hospitalisation, the offender will receive just an administrative fine or fifteen days in prison.

That means that a slapping, kicking or beating that doesn’t break bones is not a criminal offence. That is, if it even gets reported.

Oksana Pushkina is one of the three lawmakers who voted against the legislation.

She has devoted her career first as a television host and now as a politician to women’s rights in a country which during that time has become increasingly socially conservative.

She dresses for TV, vivid blues and striking blonde bombast – she is the kind of woman who knows how to make an impact when she wants to drive a point home, even if she knows it may cost her.

“It is clear that someone like me always walks on the edge,” she said.

“I understand that I may not get into the next parliament because I voice unpopular topics.”

She said one of her constituents killed their husband.

“The neighbours heard the screams, but they didn’t call the police. Possibly at a different time the situation could have been settled somehow. But during the pandemic – no. Everyone’s nerves are frayed.”

According to a study in November 2019 by two independent media outlets, Novaya Gazeta and Mediazona, 80% of female prisoners convicted of pre-meditated murder were acting in self-defence against a violent partner.

In a remarkable reversal, Russian prosecutors earlier this year dropped murder charges against three teenage sisters who had killed their father after years of physical, psychological and sexual abuse.

The Khachaturyan sisters‘ case had become a national talking point.

Their self-defence plea was finally accepted in a country where, according to their lawyer, acquittal on self-defence grounds happens in just 0.4% of cases.

Margarita Gracheva is another woman whose case had become a cause celebre. It is appallingly gruesome.

Gracheva married her childhood sweetheart, but in her mid-twenties and with two children, their marriage started to deteriorate. She said her husband thought she was being unfaithful to him. She asked him for a divorce.

Tags: Coronavirus, Fears, for, RUSSIA
You may also like
Recent News:
This website uses cookies to improve your user experience and to provide you with advertisements that are relevant to your interests. By continuing to browse the site you are agreeing to our use of cookies.Ok