Hunger linked to the fallout from the COVID-19 pandemic could kill more people than the disease itself, Oxfam has warned.

The charity says an estimated 122 million more people could be pushed to the brink of starvation this year due to consequences such as declining aid, mass unemployment, and disruption to food production and supplies.

The bleak scenario is outlined in its report, The Hunger Virus, and equates to as many as 12,000 people dying per day.

Oxfam says this is more than the peak global coronavirus death rate of 10,000 per day in April.

The 10 hunger hotspots highlighted in the report include Afghanistan, Syria and South Sudan – where the charity says the situation is most severe.

In Afghanistan for example, a million more people are said to have been pushed to the brink of famine – rising from 2.5 million in September 2019 to 3.5 million in May 2020.

Oxfam says it is down to border closures hitting food supplies and the economic downturn in Iran causing a drop in remittances.

It also says middle-income countries such as India, Brazil and South Africa are “emerging epicentres of hunger” with millions of people “tipped over the edge” by the social and economic effects of the crisis. 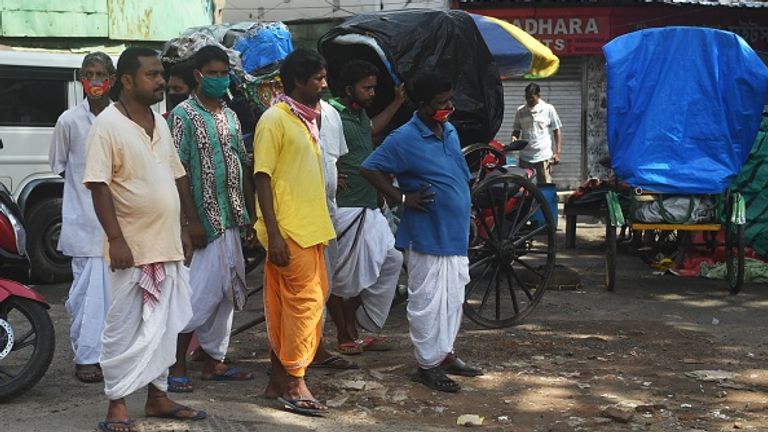 The charity also claims $18bn (£13bn) has been paid to shareholders by eight of the biggest food and beverage firms this year.

It says that amounts to more than 10 times the funding needed for food and agriculture assistance to the most vulnerable communities in the UN’s COVID-19 appeal.

Danny Sriskandarajah, chief executive of Oxfam GB, said: “The knock-on impacts of COVID-19 are far more widespread than the virus itself, pushing millions of the world’s poorest people deeper into hunger and poverty.”

He said governments could save lives by funding the UN COVID-19 appeal and “supporting the call for a global ceasefire to end conflict in order to tackle the pandemic”. 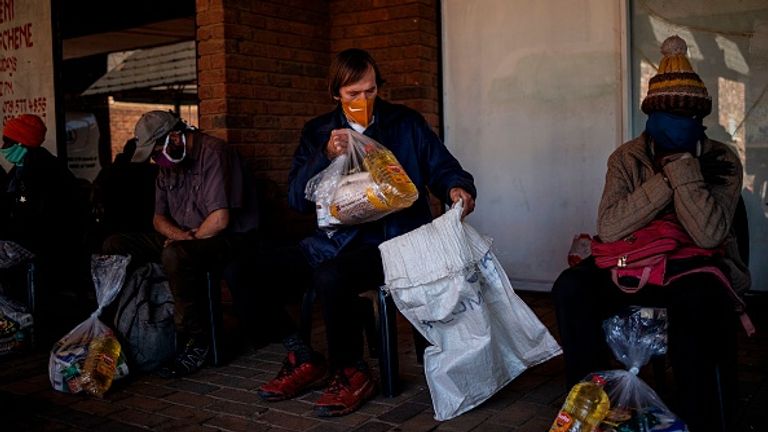 Mr Sriskandarajah added: “The UK could make a real difference by championing debt cancellation at the G20 finance ministers meeting next week to pay for social protection measures such as cash grants to help people survive.”

Sky’s Africa correspondent, John Sparks, said tens of millions in South Africa had been “pushed to the very edge” by the virus pandemic, with those struggling to feed their family now involved in a “grim battle for survival” amid widespread job losses.

Sparks added: “The pain is felt all over as millions of immigrants from nations like Zimbabwe, Mozambique and Malawi struggle to feed themselves in South Africa and fail to send remittances to their loved ones back home.”

Tags: 'could, Coronavirus, kil, Pandemic
You may also like
Recent News: