Scientists are set to trial the inexpensive treatment, in which horse coronavirus antibodies are injected into humans. 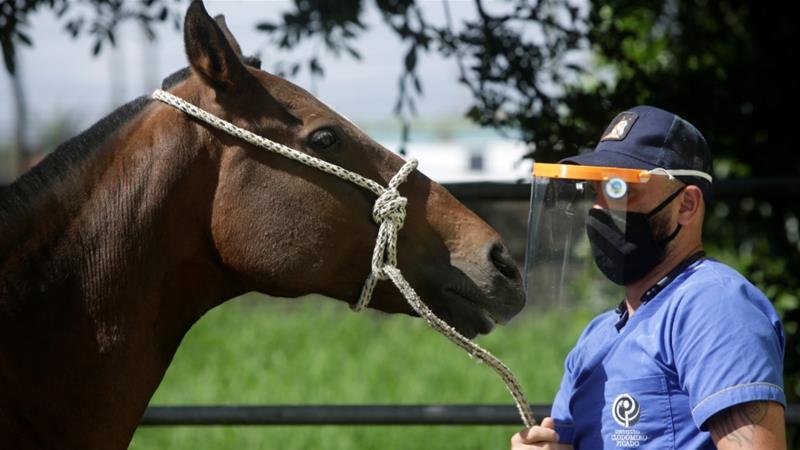 Researchers in Costa Rica are due to begin trials of an inexpensive coronavirus treatment based on antibodies taken from horses injected with the SARS-CoV-2, the virus that causes COVID-19, according to scientists.

Costa Rican authorities hope to be able to begin applying the treatment more widely in hospitals if the results from the phase two study are encouraging. There are 471 hospitalised coronavirus patients in Costa Rica.

“We are proud to know that this product will save lives until the vaccine reaches the population,” said Alberto Alape, a project coordinator at ICP.

“We do it with our resources, without having to stand in line or compete against other countries, as can be seen with possible vaccines.”

Similar efforts are also under way in Argentina and Brazil, while scientists in Belgium are using llamas.

Costa Rican researchers say their method for SARS-CoV-2 treatment is based on the experience of using horse antibodies to develop snake anti-venoms.

They imported the virus protein from China and the United Kingdom and injected it into six of the 110 horses that the ICP uses for testing.

Weeks later, when the animals developed enough antibodies, they extracted blood and used the antibodies from the plasma as raw material for the injectable serum.

If it works, the researchers say they want to share the inexpensive treatment with other Central American nations, which are mostly poorer than Costa Rica.

“In addition to the principle of solidarity and the fact that this has been done with anti-venom for snakebites, we know that in a pandemic, one’s own wellbeing is related to the wellbeing of neighbours,” Alape said.

Tags: Costa, researchers, Rica, TO, turn
You may also like
Recent News:
This website uses cookies to improve your user experience and to provide you with advertisements that are relevant to your interests. By continuing to browse the site you are agreeing to our use of cookies.Ok