Alarm spreads across the continent as cases of the novel coronavirus rise amid relaxed physical distancing. 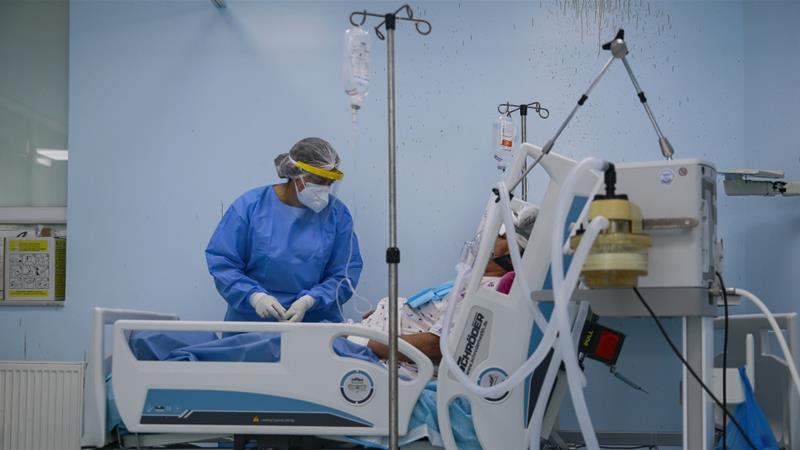 Why are cases rising?

As coronavirus infection rates rise across Europe again, experts are concerned another major outbreak, or so-called second wave, is around the corner.

The rise comes after a period of unprecedented lockdown during the first wave, which helped reduce cases and the death rate across the continent.

Linda Bauld, behavioural scientist and professor of public health at the University of Edinburgh, said the relaxing of lockdown measures across Europe has contributed to the spike.

“Because the virus was not eliminated from Europe – it was suppressed – when you release lockdown, the virus spreads. The message then from governments was: “Go out and access the economy, access hospitality, see your loved ones.”

“There are certain age groups that did that with great gusto … Clearly younger adults, people with good mobility and extensive social networks, took advantage of it. And the governments told them to do that.”

There is also a greater rate of testing, which results in higher figures, but the argument that those figures are inflated by the increased testing is flawed. This is because a rising proportion of tests are returning positive results. 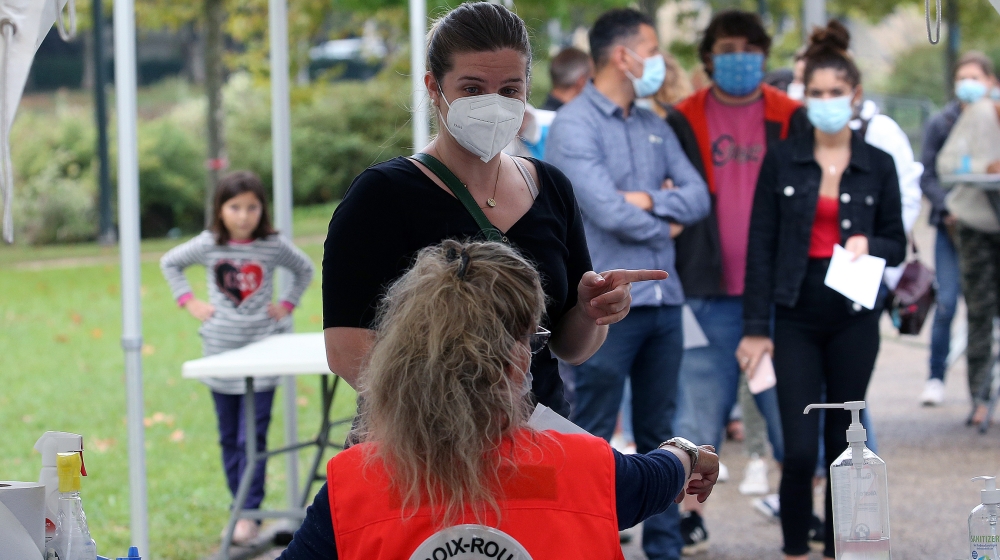 Where are infections increasing?

The European Centre for Disease Prevention and Control said on Monday that Spain had 300 cases of COVID-19 per 100,000, the highest in Europe, followed by the Czech Republic, France, Luxembourg, Malta, Belgium, Hungary, and Austria.

There is also concern about rising cases in the UK and France.

In Spain, parts of the capital Madrid, saw new lockdown measures enforced on Monday. More than 850,000 residents face restrictions on travel and the size of gatherings. On Tuesday, Spain reportedly requested the army’s help to enforce some of the restrictions.

In the Czech Republic, in a televised debate on Sunday, former health minister Adam Vojtech who resigned on Monday as cases climbed above 50,000 said the government could declare a state of emergency if the infection rate continued to rise – a measure several European countries took at the height of the pandemic.

On September 12, French authorities reported 10,000 COVID-19 cases in one day for the first time since the pandemic began. Since then, daily cases have soared to more than 13,000. Several “red zones”, cities considered high risk, have seen clampdowns. Gatherings of more than 10 people in public spaces have been banned in Nice, and similar measures were introduced in Bordeaux and Marseille on Monday.

There is much talk of a second national lockdown in the UK, which on Tuesday announced further restrictive measures aimed at containing another major outbreak, as the number of cases swells and top scientists warn that the death rate could grow exponentially. On Monday, the UK reported 4,368 new cases.

One of the UK’s most senior health advisers, Sir Patrick Vallance, cautioned on Monday that cases could rise to 50,000 a day by October if further action was not taken. The last few days have seen the highest number of cases recorded since May.

There are several local lockdowns currently in place and the government has already announced renewed national restrictions, among them limiting gatherings to six people, and making pubs, restaurants and hospitality venues in England close by 10pm from Thursday. 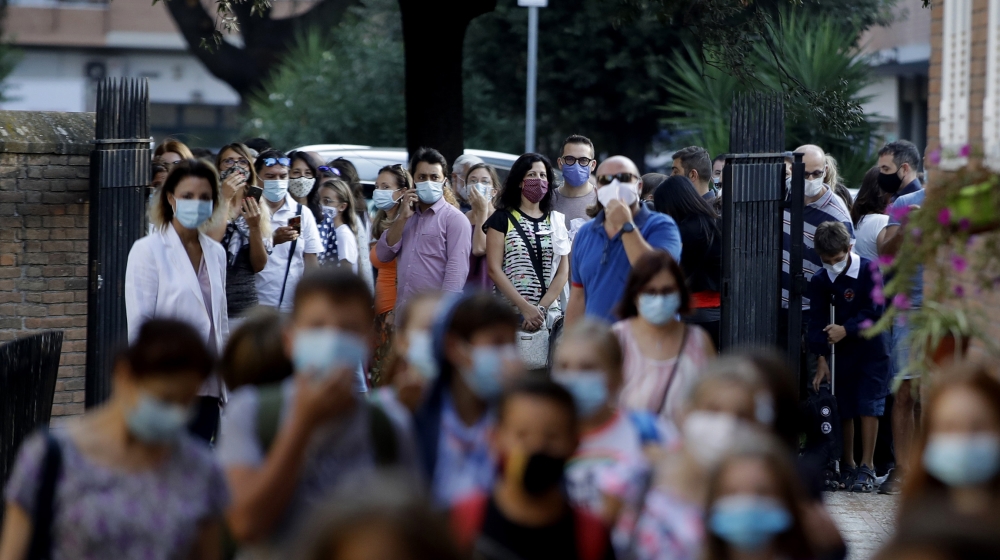 Is a second wave imminent?

Prime Minister Boris Johnson declared on Friday that the UK “was now seeing a second wave”, while other countries have expressed fears of a major outbreak in the winter.

Regional emergency director for Europe at the World Health Organization (WHO), Dr Dorit Nitzan said the situation unfolding in Europe was a “wake-up call.”

“As of the week of September 7, the European region’s weekly tally exceeded 300,000 cases,” she told Al Jazeera.

“These numbers might reflect more comprehensive testing; at the same time, we are witnessing a relaxing of physical distancing measures, emergency fatigue, public gatherings, which have contributed to a resurgence in cases.

“Weekly cases have now exceeded those reported when the pandemic first peaked in Europe in March. More than half of European countries have reported over 10-percent increase in cases in the past three weeks.”

What can be expected if coronavirus cases continue to rise?

“There won’t be complete lockdown because I don’t think we can afford that,” said Professor Bauld. “But we can definitely expect restrictions being applied as we’re seeing in Madrid and parts of France.

“I would anticipate we may see the ‘circuit-breaker’ lockdown devised in Singapore where you shut businesses and hospitality for a few weeks. We may also be advised not to travel, or to visit other households which is already the case for 13 million people around the UK with local restrictions in place. There may also be strong advice not to see our older relatives and to shield the elderly again.”

While the WHO cannot predict what would happen, Dr Nitzan said if the virus continued to spread, it would reach the most vulnerable in society.

“We have learned, including through the tragic deaths among residents of long-term care facilities, that it is vital to protect those at higher risk of severe consequences,” she said. “If we do not continue to detect and treat cases early, interrupt transmission, prevent wider community spread and protect all vulnerable groups, we might see more severe patients and deaths.

“As winter approaches, and other respiratory pathogens start to circulate, including seasonal influenza, we can expect increased risks to older people and people with chronic diseases at this time of year.”

What more do we know about the virus now, in Europe?

Dr Nisreen Alwan, epidemiologist and associate professor of public health at the University of Southampton, said a lack of formal diagnosis of “long COVID”, symptoms extending for weeks or months, presented a significant gap in the way the pandemic was being managed.

She experienced COVID-19 symptoms herself in late March. Months later, her symptoms persisted.

“What’s been missed from the narrative by policymakers and politicians is COVID-19 morbidity, so not only counting the number of positive tests and deaths, but also the number of people who haven’t recovered for several months,” she told Al Jazeera.

In the UK alone, tens of thousands of healthy individuals of working age are reported to be suffering from post-viral fatigue, exhaustion, and other symptoms, a phenomenon that has also been reported elsewhere in Europe and the US.

Estimates such as those from the COVID-19 Symptoms app, an app used to study the symptoms of the disease, suggest one in 10 of those who contracted coronavirus in the UK have had symptoms for more than three weeks.

Reports of post-viral fatigue were also observed by experts in 2002, during the SARS outbreak.

“What people need now is recognition they’ve had ‘long COVID’, as well as the appropriate investigations, support and rehabilitation to rule out any underlying pathology conditions that can be treated,” Dr Alwan added.

“The public health message needs to take into account that younger healthy people may not get back to their daily activity levels and experience ill health for several weeks or months as a result of COVID-19 infection.” 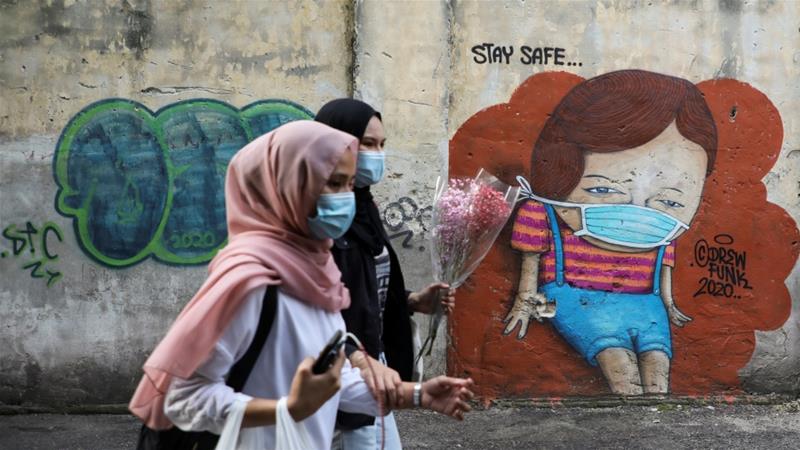 Tags: All, COVID-19, know, need, TO, you
You may also like
Recent News:
This website uses cookies to improve your user experience and to provide you with advertisements that are relevant to your interests. By continuing to browse the site you are agreeing to our use of cookies.Ok