New Zealand’s prime minister has announced the country’s biggest city, Auckland, will go into a seven-day lockdown after a COVID-19 case was detected.

From Sunday, two million people will only be allowed to leave their home for essential shopping and essential work, Jacinda Ardern said, and all public venues will remain closed.

Restrictions in the rest of the country will be tightened to level two restrictions, including limits on public gatherings, following the discovery of the case of unknown origin. 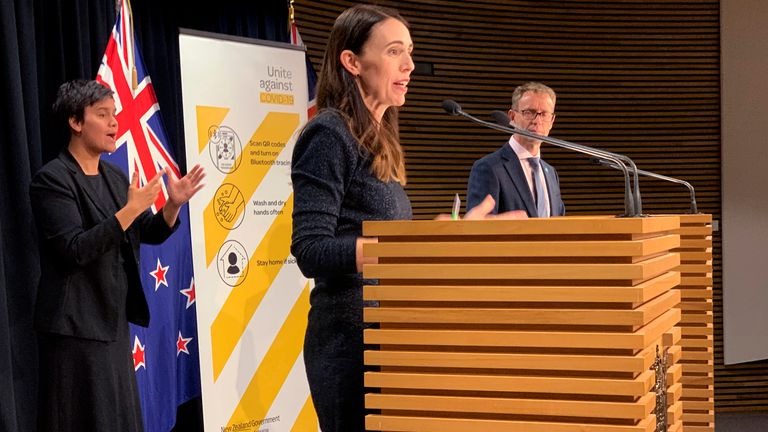 It comes two weeks after Auckland was plunged into a snap three-day lockdown when a family of three were diagnosed with the more transmissible UK variant of coronavirus.

Health officials, who could not immediately confirm how the latest person got infected, said genome sequencing of the new infection was under way.

The patient developed symptoms on Tuesday and is regarded as having been potentially infectious since Sunday, officials said. The person had visited several public venues during that period.

“Based on this, we are in the unfortunate but necessary position to protect Aucklanders again,” Ms Ardern said, announcing the lockdown. Health authorities were trying to find out whether the new case was linked to the earlier February cluster, now at 12 infections.

New Zealand, one of the most successful developed nations in controlling the spread of the virus, has seen just over 2,000 cases of coronavirus since the start of the pandemic.

A Twenty20 cricket clash in Auckland between New Zealand and Australia, scheduled for Friday, will be played in Wellington without crowds, said New Zealand Cricket.