Scientists have been left confused by the plummeting rate of coronavirus infections in India – particularly because the country was at one point on course for the biggest toll worldwide.

Nearly 100,000 infections were reported each day during India‘s peak, but this has taken an unexplained tumble since September to around 11,000 a day.

Vaccines have so far been ruled out as a reason alone as the country’s jab programme didn’t begin until January – although this is expected to brighten the outlook even further. 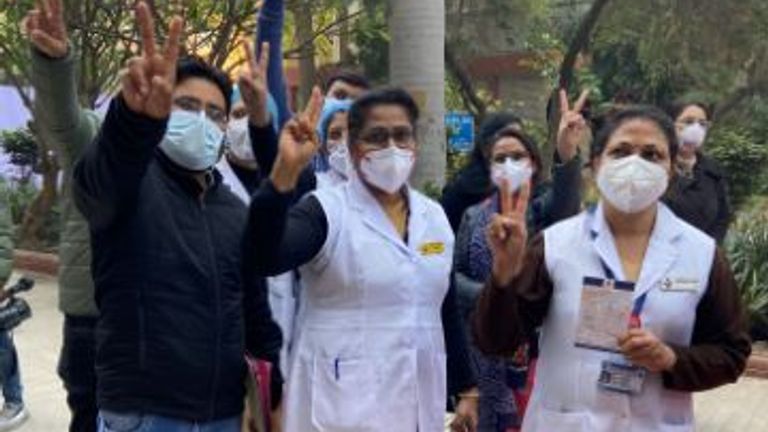 The Indian government has suggested compulsory mask-wearing in public may have helped, especially due to hefty fines that follow violations in some cities.

But experts say it can’t only be attributed to masks as declining case numbers appear to be uniform across the country, whereas mask-wearing fluctuates in different areas.

“If we don’t know the reason, you could unknowingly be doing things that could lead to a flare-up,” said Dr Shahid Jameel, who studies viruses at India’s Ashoka University.

Meanwhile, Vineeta Bal, who studies immune systems at India’s National Institute of Immunology, said some large areas may have reached herd immunity, although the population as a whole remains vulnerable, particularly in the face of new variants.

A nationwide antibody screening by national health agencies found that one in five Indians had caught the virus before vaccinations had begun – a rate far below the estimated 70% necessary for herd immunity. 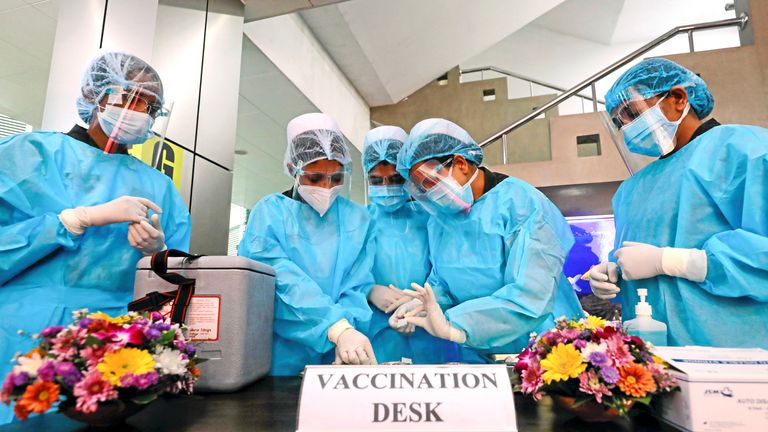 Despite this, the survey also showed that more people had been infected in cities rather than villages, and that the virus was moving slower through these rural areas.

Therefore, he added, if some cities are edging toward achieving herd immunity, and also taking precautions with masks and social distancing, then the slower transmission in rural areas of India may provide an explanation for the sudden drop in cases.

India has recorded more than 10.9 million cases and 155,813 deaths since the pandemic began, according to Johns Hopkins University, but it has the world’s second-biggest population with more than 1.3 billion residents.