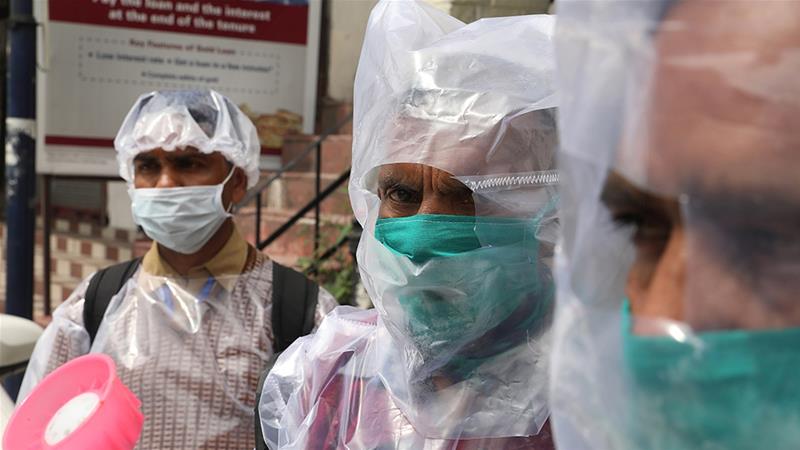 Early in March, a 37-year-old lab technician at the Mahatma Gandhi Institute of Medical Sciences (MGIMS) in the western state of Maharashtra got sick at a time when the coronavirus pandemic was still not high on the Indian government’s agenda.

“He had pneumonia in both his lungs and his condition was severe enough to be put in the intensive care unit (ICU),” Dr SP Kalantri, the director professor of medicine at MGIMS, told Al Jazeera.

The lab technician’s breathing was assisted by mechanical ventilation.

“Our nurses are trained to take care of such patients day in and day out – it wasn’t something new,” said Kalantri, who is also the medical superintendent of the MGIMS-run Kasturba Hospital.

“But there was a diagnostic possibility that he had COVID-19.”

The entire MGIMS staff was nervous when they sent a sample to a regional lab in Nagpur city for testing. They were worried that if it turned out to be a COVID-19 infection, others could have been infected, and in turn, infected their families.

The staff of another hospital in Mumbai, the capital of Maharashtra and the country’s financial hub, had already been quarantined after a patient tested positive. So when the test came back negative, everyone at MGIMS breathed a sigh of relief.

A sense of alarm

There is a sense of alarm among healthcare professionals across India as the country hunkers down in wait for what many believe will be a tsunami of coronavirus cases. 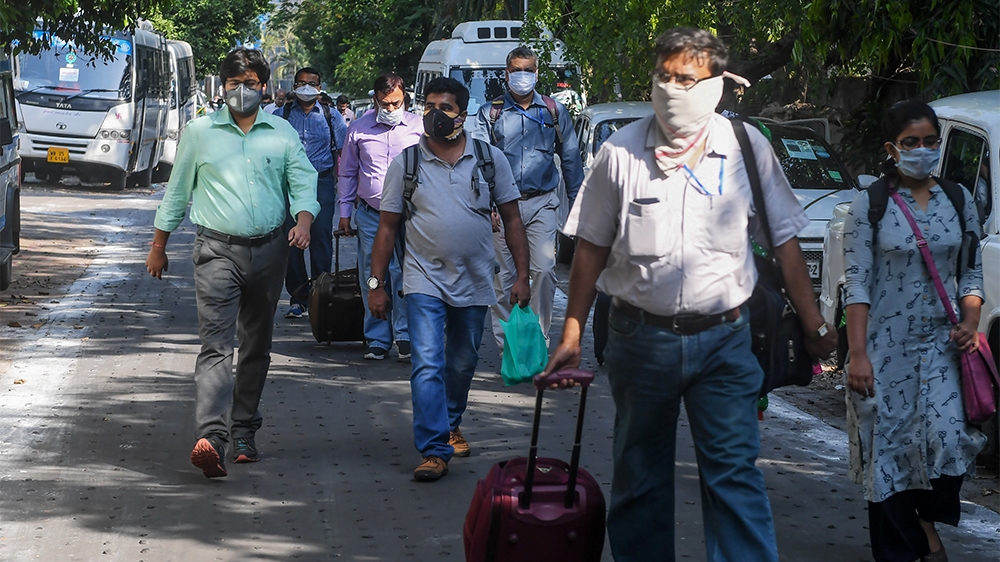 “It is going to help stop the spread of the virus to an extent, but it is also a time for the healthcare infrastructure to prepare itself,” Dr Yogesh Jain, a doctor who works in Bilaspur district of Chhattisgarh state, told Al Jazeera.

Jain, like most medical professionals, is deeply concerned over shortages of protective health supplies, such as masks, gloves and coveralls, known as personal protective equipment (PPE).

“The prime minister said nothing about that,” he said.

On Tuesday, Reuters reported that the government was planning to procure more PPE domestically and was also exploring imports from South Korea and China.

In Chhattisgarh, six cases have so far tested positive for COVID-19, one in the district where Jain works as a doctor. But the low number of recorded cases across the country might be a result of the government’s strict guidelines on who can be tested.

“Apart from those six reported cases, we have many patients who are showing symptoms of COVID-19,” said Jain, who has no coveralls or disposable 3-ply face masks, fewer than a dozen N-95 masks and just a few sets of gloves at his hospital. 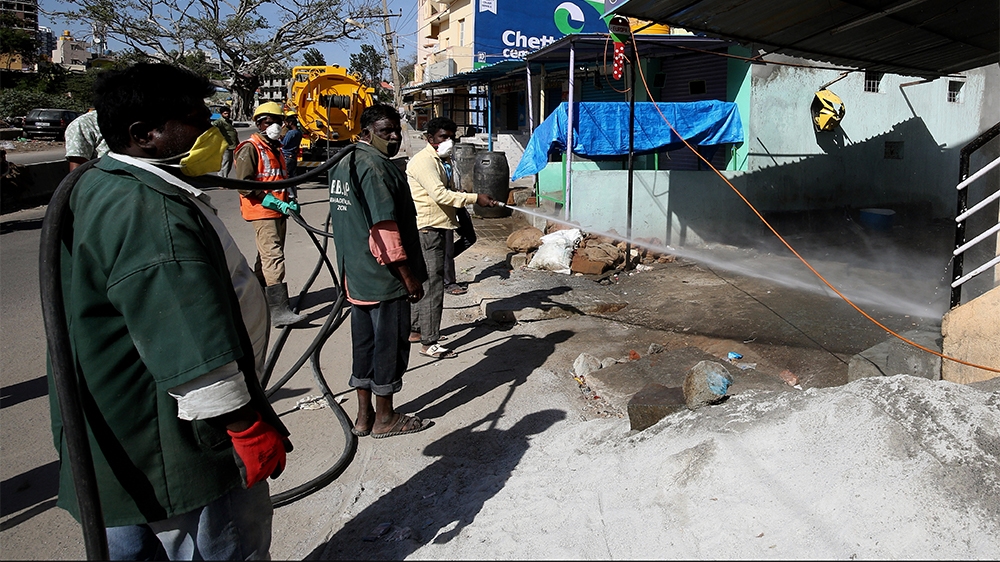 ‘They think about their spouses and kids’

Minutes before talking to Al Jazeera, Jain was attempting to get a patient with COVID-19-like symptoms transported to the government medical college to Bilaspur town for a test.

The ambulance driver showed up with no protective gear. Jain wanted to give him coveralls and a mask but was unable to, since he did not have enough for himself.

“If I can’t even make sure of the safety of the health workers, how can I ask them to do their work?” he asked.

Kalantri from MGIMS said anxiety was pervasive among his staff. “The doctors are also human beings. They read about death of healthcare workers in China or Italy or UK, and fear starts making a way into their consciousness. They think about their spouse and kids at home.”

Experts are blaming the current shortage of PPE on government mismanagement.

The minutes of a meeting, which Al Jazeera has seen, held by the Ministry of Textiles on March 18 noted that the Health Ministry would require more than 700,000 protective coveralls, six million N-95 masks and 10 million 3-ply masks until the end of May.

The estimates are wildly conservative in the eyes of industry watchdogs. According to the All India Drug Action Network, the need for coveralls, for instance, could rise to 500,000 per day.  In the same meeting, the ministry also noted “there is a shortage of material and the rate of supply is not meeting the rising demand”.

The government had also not paid attention to World Health Organization (WHO) warnings about impending global shortages of PPE on February 27, and called on industries to ramp up production by just 40 percent.

Towards the end of January, the Ministry of Commerce and Industry issued a notification banning the export of all PPE. But that order was amended a week later, on February 8, to allow the export of surgical masks and gloves.

It was only on March 19 that the government banned the export of raw materials used to manufacture PPE.

Despite repeated attempts Al Jazeera could not reach Lav Agarwal, the spokesman of the ministry of health. Questions were also sent via email, sms, WhatsApp but did not receive reply until the time of the publication of the article. 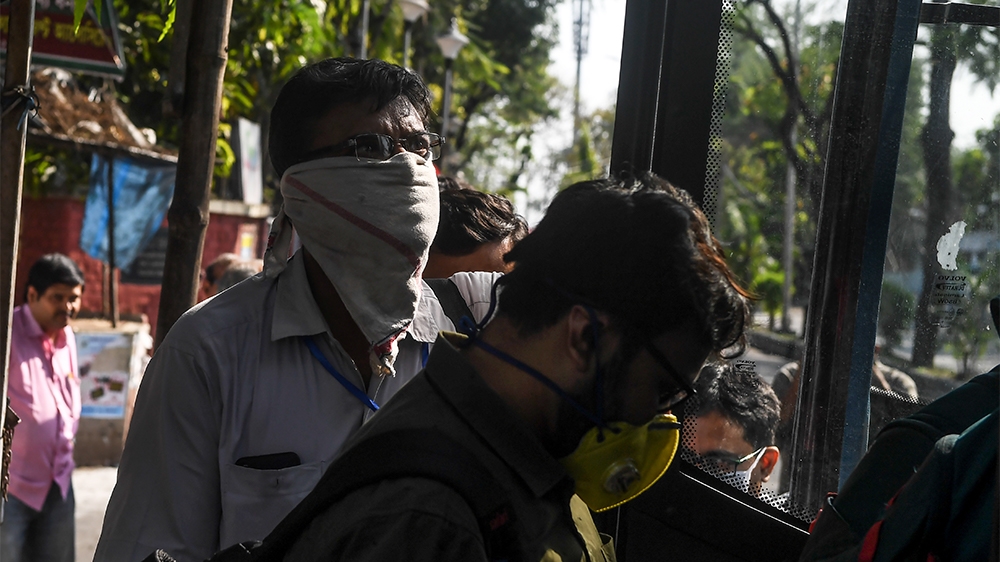 “Indian manufacturers were urging the government to stock up materials since early February, and to impose anti-profiteering measures. Yet the by the time an order was received, the price of the components required to make ply masks had gone up “from 250 per kg to 3,000 per kg,” Sanjiiiv Relhan, the chairman of the Preventive Wear Manufacturer Association of India, told local media.

Meanwhile, PPE shortages are forcing some doctors to use raincoats and motorbike helmets, according to a Reuters report on Tuesday.

The shortages come amid a humanitarian crisis over the government lockdown, with tens of thousands of migrant workers fleeing cities to reach their homes in rural areas. This mass exodus of people risks  infections spreading from cities to rural areas, which could prove catastrophic for the country of 1.3 billion people. While the number of reported cases has crossed 1,200 with 32 deaths, many believe India’s low testing rate makes those statistics meaningless.

Jain says he expects the cost of the delays will be borne by healthcare professionals.

“I think that even the healthcare professionals who are committed to work, out of fear of the pandemic and for their own lives, might desert the frontlines.”