The price of medical rubber gloves could go up after thousands of workers at the world’s biggest manufacturer caught coronavirus.

Malaysia’s Top Glove Corp warned of the potential price hike, saying it expected some shortages but that it hoped to have the situation contained within a month.

Live COVID-19 updates from the UK and around the world 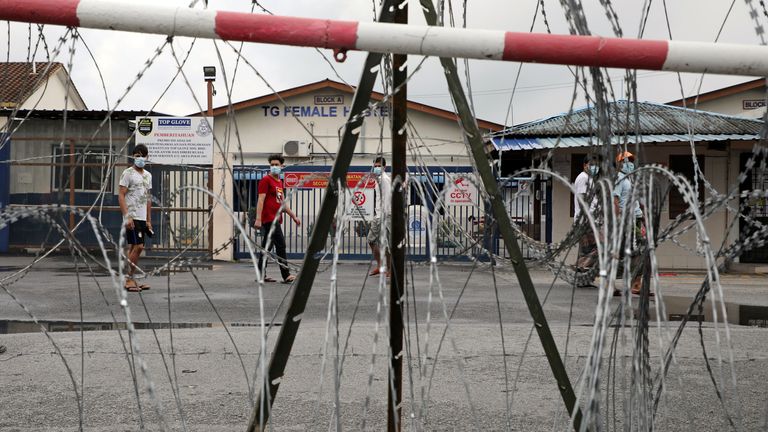 Its factories and dormitories in Klan, about 25 miles (40km) from the capital Kuala Lumpur, are fighting the biggest cluster since the crisis began.

Authorities have put up barbed-wire fences in front of workers’ accommodation to quarantine people.

The security ministry said on Wednesday that 2,684 workers had tested positive out of 5,795 screened so far.

Top Glove said most of those with the virus weren’t showing symptoms.

The factories affected will close in phases and represent about half of the company’s capacity.

The executive chairman denied the gloves could become contaminated with COVID and said no orders had been cancelled so far. 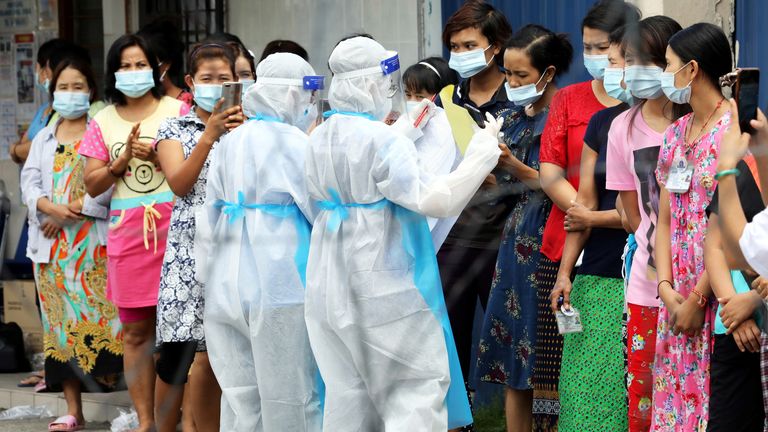 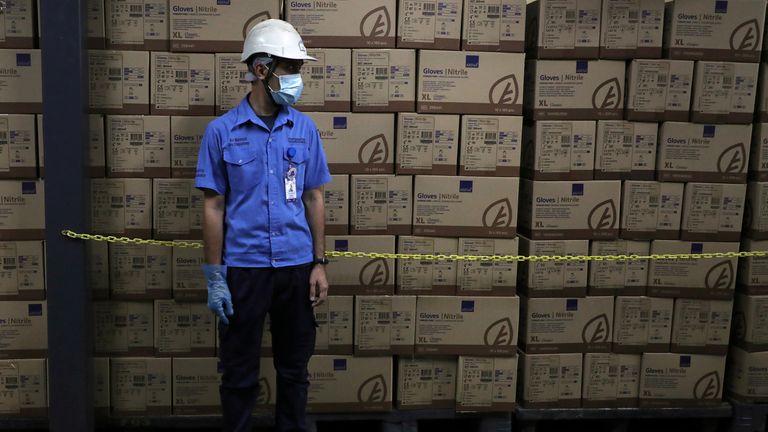 Lim Wee Chai said production was fully automated, and that packing staff wore masks and protective gear and had no direct contact with the products.

Malaysia makes nearly two-thirds of the world’s rubber gloves and profits at the biggest firms have soared during the pandemic.

Top Glove is the world’s biggest latex glove maker and has 16,000 factory workers in 47 plants in Malaysia, Thailand, China and Vietnam. Thirty-six of them produce gloves.

Trade group the Malaysian Rubber Glove Manufacturers Association denied the outbreak would cause any disruption to supply.

“Be assured that new capacity is available to make good the interim shortfall and that there is not going to be any aggravated disruption,” it said.

Tags: biggest, COVID-19, late, World's
You may also like
Recent News:
This website uses cookies to improve your user experience and to provide you with advertisements that are relevant to your interests. By continuing to browse the site you are agreeing to our use of cookies.Ok