MAGELANG, Indonesia (Reuters) – When the coronavirus pandemic forced his school on Indonesia’s Java island to shut, teacher Henrikus Suroto knew he could not rely on hosting online lessons for pupils living in remote areas lacking internet access or even a phone signal. 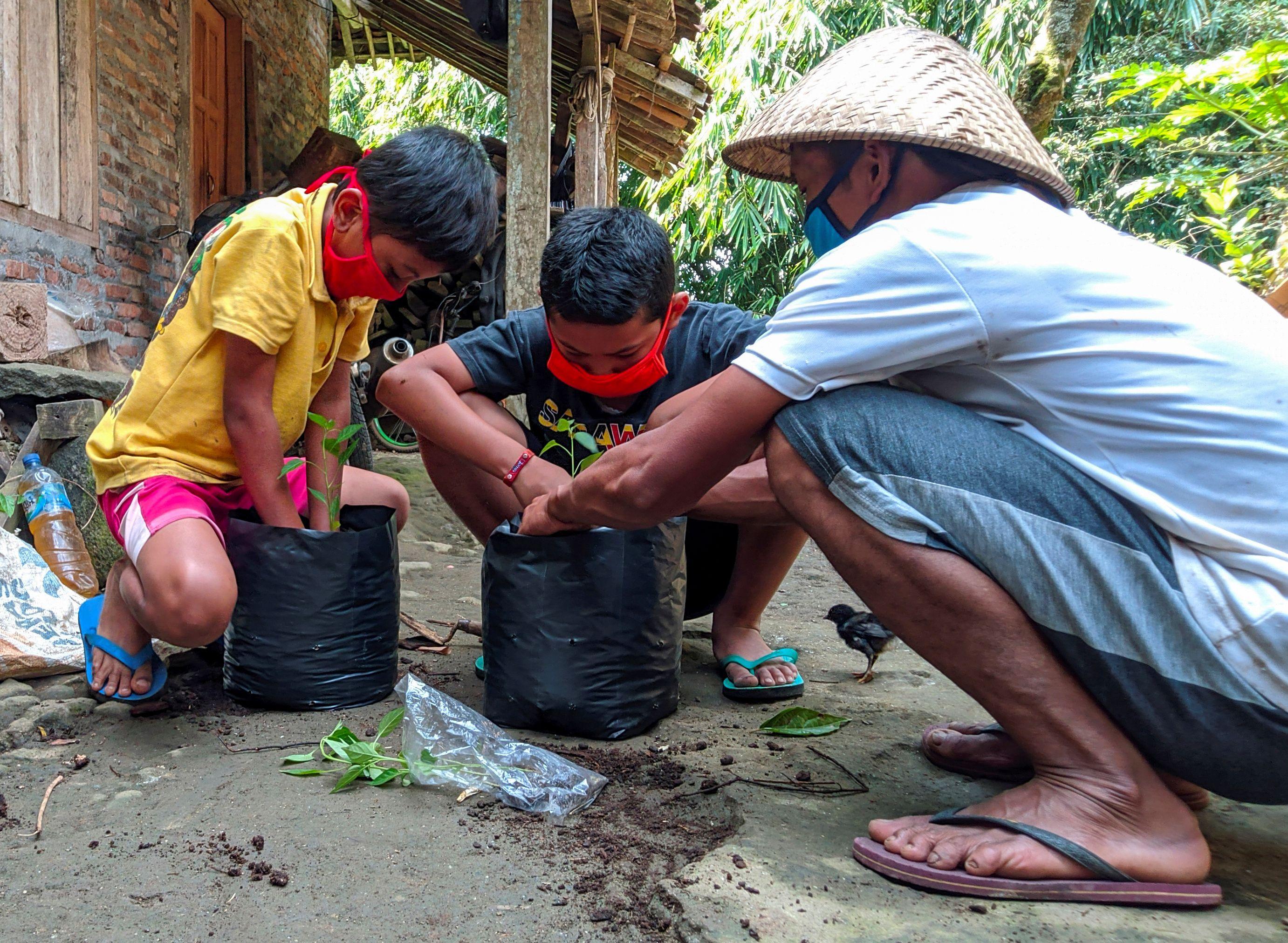 Instead, to ensure they could keep studying, the 57-year-old elementary school teacher decided to go to them – spending about six hours a day traveling by motorbike and on foot to reach a handful of remote communities in the hilly Magelang area of Central Java.

“I’m a teacher, it is my responsibility to do this. I must accompany and teach my students,” said Suroto, whose only complaint is that it becomes particularly difficult trudging up and down steep valleys in the rain.

In the rural district where he works, many of the households are not setup to use technology, as is the case in large parts of the sprawling archipelago of more than 260 million people.

Indonesia has around 60 million households, but only about one in six had an internet connection in mid-2019, according to the Association of Internet Service Providers Indonesia (APJII).

“Well, I do not know what the internet is and other sophisticated devices that are often used nowadays,” said Martinus Kartijo, the father of one of the pupils.

Meanwhile, Arnasih, a mother of another pupil, appreciates the influence Suroto has on the children.

“The children listen and obey orders from their teachers, compared to their parents,” she said.

For their part, students say they welcome the face-to-face meetings with Suroto, who takes precautions such as wearing a mask and maintaining social distancing for lessons.

“Studying at home sometimes can be difficult, sometimes is easy, but if Mr Suroto is there all subjects become easy,” saidAlbertus Jonas Wiratama, a third-grade student.

Tags: Coronavirus, HEALTH, INDONESI, US
You may also like
Recent News: