Donald Trump supporters protest in Washington DC ahead of count

Mary Trump posted on Twitter condemning the Pro-Trump protests in Washington, where supporters broke into the Capitol building to stop members of Congress from certifying the results of the US election. The President has continually refused to concede the election to Joe Biden, claiming at a Save America rally Democrats have “stolen the election”. Mr Trump’s claims of electoral fraud have been dismissed by independent observers and a number of legal challenges launched by his campaign were unsuccessful.

Posting on her Twitter, Ms Trump issued a series of statements condemning both the protesters and her uncle.


She said: “Make no mistake, the so-called leader of our country, who swore to protect and defend the Constitution, directed a horde of white supremacist domestic terrorists to stage a coup to overturn a legitimately decided election.


“He isn’t just encouraging them, he IS them.“


She then posted later: “It’s not a mystery–this was allowed to happen.” 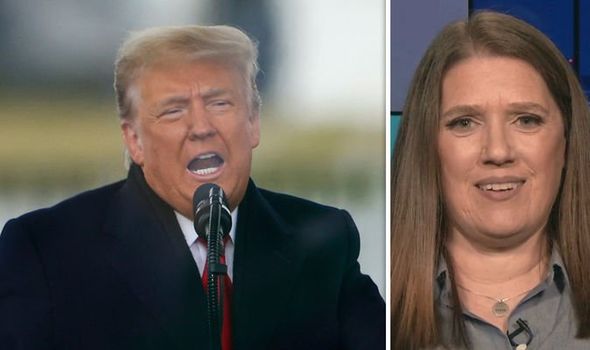 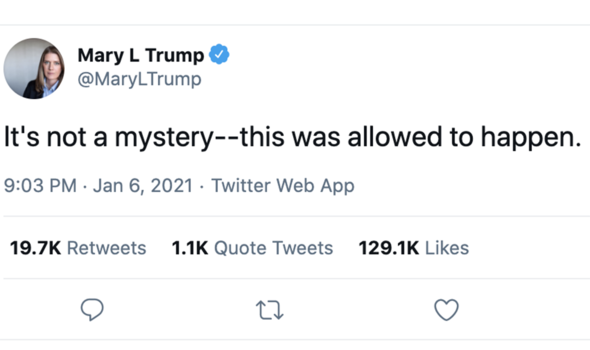 
She said: “Every seditionist House member who supported and encouraged this attempted coup needs to be expelled.”


High-profile Republicans have backed the President’s attempts to overturn the US election despite having no firm evidence of fraud.


Ted Cruz, Republican senator for Texas, said ahead of the protests in Congress: “What does it say to the nearly half of the country that believes this election was rigged if we vote not to even to consider the claims of illegality and fraud in this election?” 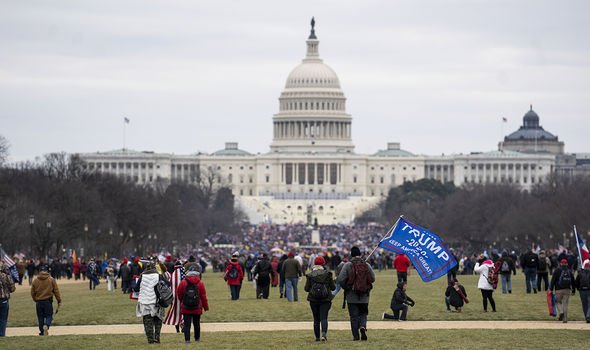 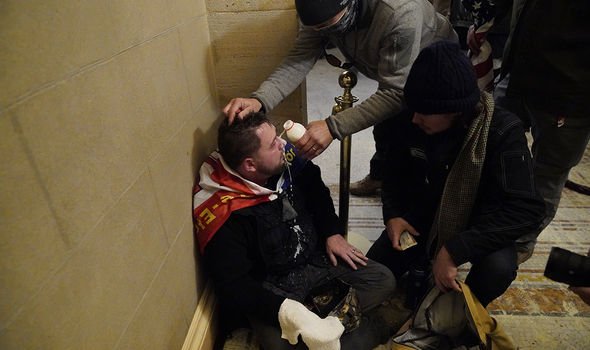 After the President posted a video message telling supporters to “go home”, Ms Trump again blasted her uncle for his claims about the election.


Mr Trump said: “We had an election that was stolen from us. It was a landslide election, and everyone knows it, especially the other side, but you have to go home now.


She added: “Pouring gasoline on the fire under the guise of pretending to put it out. None of his statements should be aired.”

On Tuesday, Mr Trump asked a judge to dismiss a lawsuit from his niece where she claimed the President defrauded her out of tens of millions of dollars.


Ms Trump began the lawsuit in September, where she also accused her sister Maryanne and the President’s late brother Robert of refusing to give her inheritance.


The President’s lawyers said: “Plaintiff makes outlandish and incredulous accusations in her complaint, which is laden with conspiracy theories more befitting a Hollywood screenplay than a pleading in a legal action.”


They added the lawsuits “true purpose” was “to weaken the President’s political influence during his post-presidency by preoccupying him with the defence of innumerable lawsuits.” 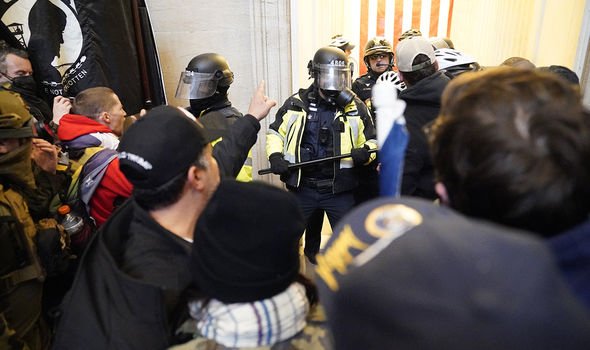 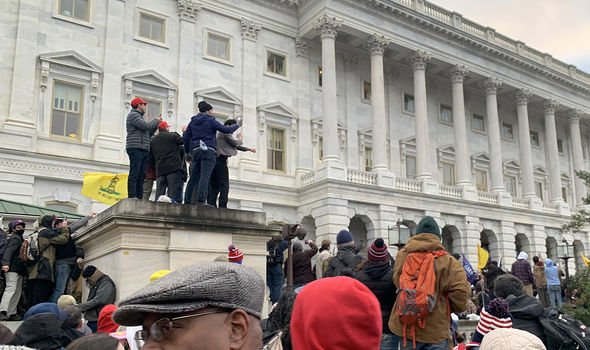 Ms Trump also released an exposé called Too Much and Never Enough, where she detailed her uncle’s upbringing and family life.


Her source was believed to be the President’s older sister Maryanne Trump, where Ms Trump claimed the President and his siblings received little love from his father Fred Trump.


She said: “The role that fear played in his childhood and the role it plays now can’t be overstated.”


Ms Trump also claimed the President commissioned her to ghost-write a book about him, where the only material received was a 10 page “compendium of women he had expected to date but who, having refused him, were suddenly the worst, ugliest, and fattest slobs he’d ever met”.