At the debate each candidate will be given two-minute segments to speak about different issues, during which the microphone of their rival will be switched off. However both candidates will have their microphones on for the following open debates.

There was controversy after the first presidential debate over the number of times Mr Trump interrupted his Democratic Party rival, Joe Biden.

It will be split into six 15-minute sections, each of which will see both candidates speak briefly on a set topic before moving on to an open debate.

Mr Trump made the criticism to reporters outside the White House before leaving for a rally in Gastonia, North Carolina. 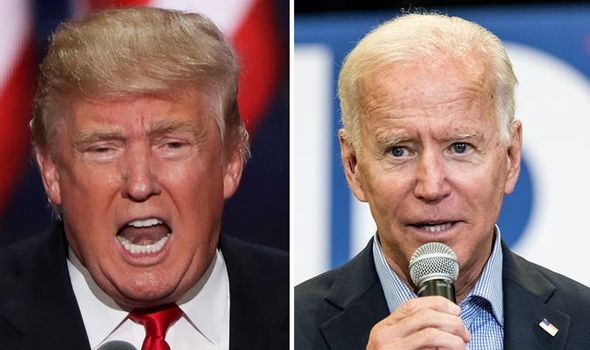 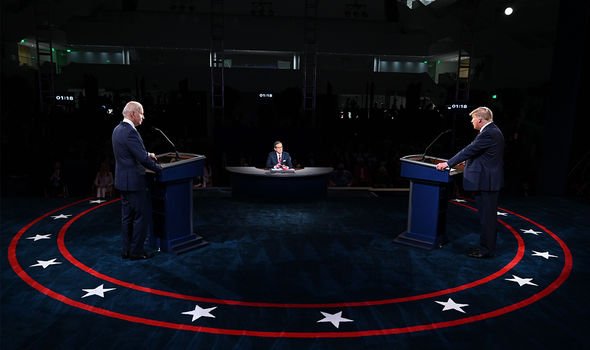 He also accused the moderator, NBC’s Kristen Welker, of being bias but didn’t provide details.

Mr Biden is currently the favourite to secure the presidency after the November 3 vote.

Due to coronavirus restrictions an unprecedented number of Americans are expected to vote early via postal ballot.

The decision to introduce muted microphones was made by the Commission on Presidential Debates following the first bad-tempered event. 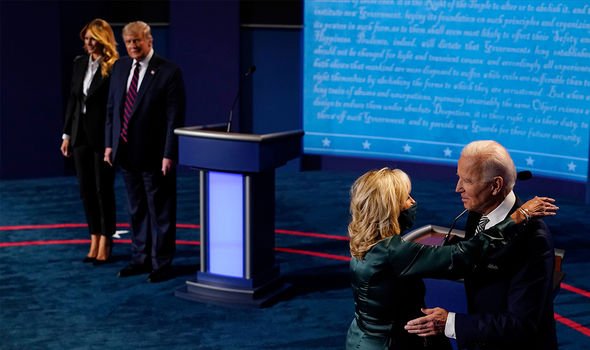 In a statement the commission said: “The only candidate whose microphone will be open during these two-minute periods is the candidate who has the floor under the rules.

“We realize, after discussions with both campaigns, that neither campaign may be totally satisfied with the measures announced today.

“We are comfortable that these actions strike the right balance and that they are in the interest of the American people, for whom these debates are held.”

President Trump’s campaign officially objected to the change but said he would still take part. 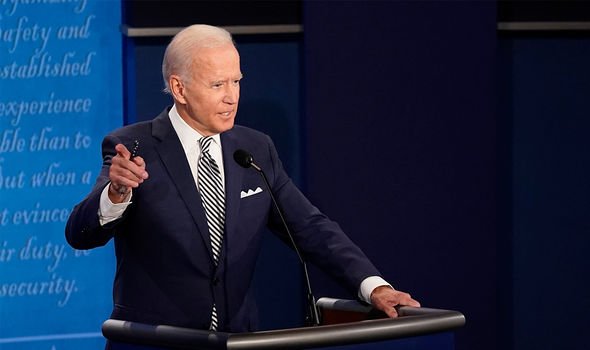 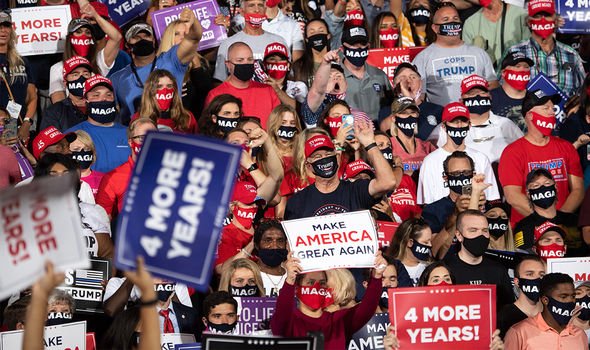 Bill Stepien, Mr Trump’s campaign manager, commented: “President Trump is committed to debating Joe Biden regardless of last-minute rule changes from the biased commission in their latest attempt to provide advantage to their favoured candidate.”

Mr Trump skipped the second debate, which would have been last Thursday, as it was moved to a virtual formal.

This followed the president being diagnosed with coronavirus shortly after the first debate.

He spent three nights in the Walter Reed Medical Centre as a precautionary measure.

Instead of the debate the two men took part in duelling town hall sessions.

TJ Ducklo, a spokesman for Mr Biden, was critical of Mr Trump for taking issue with the new regulations.

He commented: “As usual, the president is more concerned with the rules of a debate than he is getting a nation in crisis the help it needs.” 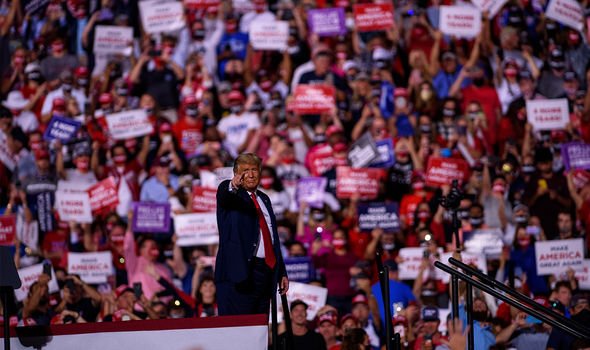 On Wednesday former President Barack Obama delivered a speech in Philadelphia sharply criticising the record of his successor.

He SAID: “I never thought Donald Trump would embrace my vision or continue my policies, but I did hope for the sake of the country, that he might show some interest in taking the job seriously.

“But it hasn’t happened. He hasn’t showed any interest in doing the work or helping anybody but himself and his friends.”