EU: Netherlands to play 'critical role' for US says expert

The Dutch general election is scheduled for March 17 and the Netherlands will vote to elect the members of the House of Representatives. A TV debate between major players in the upcoming election was held on Sunday (February 28), which saw nationalist right-wing Party for Freedom (PPV) leader Geert Wilders and leader of the centre-right People’s Party for Freedom and Democracy (VVD), Mark Rutte, go head-to-head on key issues in Dutch politics. Mr Rutte’s government resigned from their post earlier this year following a public outcry over a child benefit scandal which affected thousands of people.

From 2012, more than 20,000 parents were accused of making fraudulent child benefit claims.

The victims of the scandal were required to pay back the benefits in full, which in some instances spiralled into tens of thousands of euros.

A parliamentary inquiry into the scandal concluded “fundamental principles of the rule of law” had been violated by the Dutch tax authority.

The investigating committee chairman, Chris van Dam, called the system “a mass process in which there was no room for nuance”. 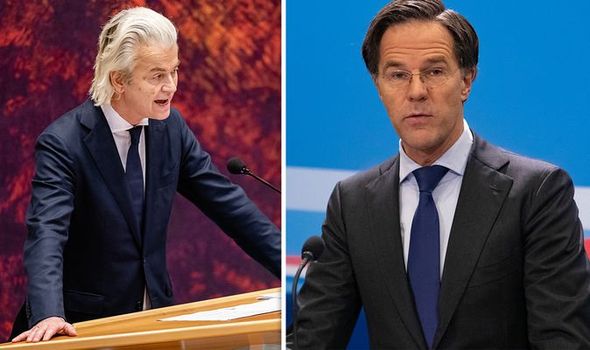 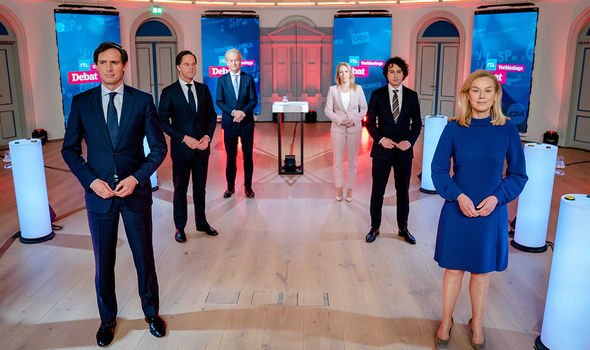 The government apologised for the actions of the tax office and more than €500m (£450m) was set aside in compensation for victims.

The scandal has destabilised Dutch politics, prompting the resignation of the third cabinet under Mark Rutte in January 2021.

Mr Rutte has stayed on as prime minister in a caretaker capacity in light of the upcoming general election. 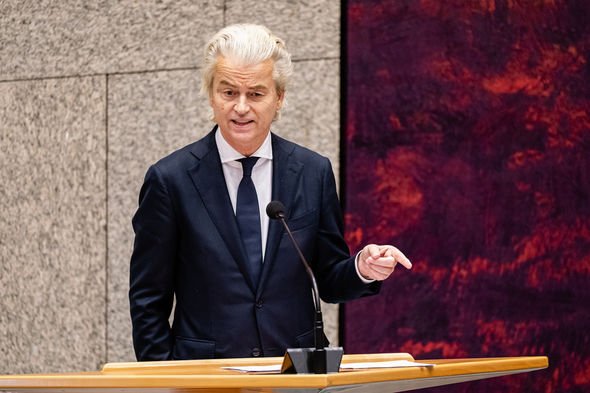 Following the Dutch government’s resignation, Mr Rutte said: “The government was not up to standard throughout this whole affair.

“Mistakes were made at every level of the state, with the result that terrible injustice was done to thousands of parents.”

During the debate, a victim of the scandal accused Mr Rutte of being “complicit” in the situation.

Dutch News reported Kristie Rongen said to Mr Rutte: “What if it still isn’t sorted out a year from now? 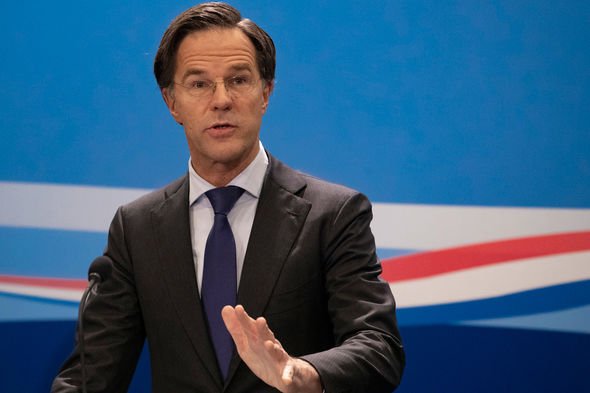 “Will you take responsibility then? We asked for you not to come back, but you’re standing for election again.”

Mr Rutte replied he thought the situation was “dreadful”.

However, Ms Rongen cut in: “You’re complicit in this.”

Mr Rutte was joined in the debate by Geert Wilders, a controversial figure in Dutch politics who has been referred to as the ‘Dutch Donald Trump’.

Geert Wilders formed the Party for Freedom (PVV) in 2006 after he severed ties with the centre-right Liberals (VVD) and the party is now the largest Dutch opposition party.

Most of the mainstream parties have rejected the idea of working in coalition with the Party for Freedom due to Mr Wilders’ promotion of anti-Islamic views.

During Sunday’s debate, Mr Wilders was asked by Nadia Zerouali why the Party for Freedom stands for disenfranchising her and her Morrocan-Dutch family for having two passports.

According to Dutch News, Mr Wilders said his concerns were about Dutch Muslims prioritising Sharia law over the constitution and that ‘Moroccan youths’ were responsible for a high proportion of crime.