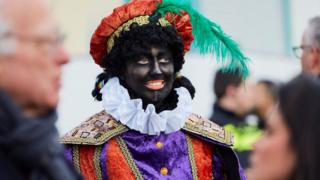 He said he used to be among those who argued that “Black Pete is just black”, accepting the Dutch tradition.

But now he expects the tradition to die out, he told the Dutch parliament.

He was speaking after Dutch protests triggered by the death of George Floyd in police custody in Minneapolis.

Thousands rallied in Amsterdam and Rotterdam earlier this week in solidarity with US demonstrations over the unarmed black man’s death.

For years anti-racism campaigners in the Netherlands have been protesting over Black Pete (“Zwarte Piet” in Dutch), seeing the 5 December tradition as an offensive relic of colonial times.

Supporters, meanwhile, argue that it is a harmless part of Christmas celebrations enjoyed by children. 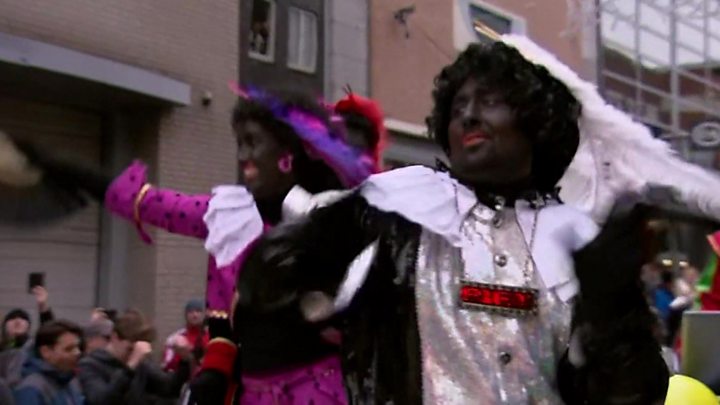 Mr Rutte, a liberal, said he expected that in a few years’ time there “will be no Zwarte Piets any more”.

He said many people, including children, had told him they felt discriminated against because Black Pete is black.

“And I thought, that’s the last thing we want during Sinterklaas (Santa Claus) celebrations.”

On Wednesday he stated that racial discrimination affected many people in the Netherlands. He was responding to journalists’ questions about the unrest in the US linked to George Floyd’s death.

In 2014 he revealed that he had dressed up as Black Pete – with blackface – himself in the past.

Some Dutch people playing Black Pete now dab soot on their cheeks, as an alternative to blackface.

A prominent anti-racism campaigner opposed to Black Pete, poet Jerry King Luther Afriyie, welcomed Mr Rutte’s comments, tweeting: “Nice. Better late than never! Now let’s get rid of Zwarte Piet and we can all enjoy a party for all children.”

There was mockery for Mr Rutte from anti-immigration populist Geert Wilders, who tweeted that the PM “is now joining the leftist multi-culti camp and opposing Zwarte Piet”.

The Freedom Party (PVV) leader went on: “We have a prime minister who now stands for nothing. The PVV holds on to national traditions well, for us Zwarte Piet will forever remain black!”

Tags: about, Black, Dutch, PM, sceptical
You may also like
Recent News:
This website uses cookies to improve your user experience and to provide you with advertisements that are relevant to your interests. By continuing to browse the site you are agreeing to our use of cookies.Ok