The 2,600-year-old find was made in Bubasteum, a Ptolemaic temple complex dedicated to the cat goddess Bastet in the cliff face of the desert boundary of Saqqara. Workers had already uncovered the “once-in-a-generation” discovery of the tomb of Wahtye, who served under the third king of the Fifth Dynasty – Pharaoh Neferirkare. But during the excavations, led by a team of Egyptians, they also found a shaft filled with mummified cats believed to have been given as offerings to Bastet.

The findings were revealed during Netflix’s new series ‘Secrets of the Saqqara Tomb,’ after worker Hamada Shehata Ahmed Mansour was pulled back up from the shaft.

But one of the animals left the team puzzled.

Mr Mansour said: “Like anyone else, I’ve seen cats of many sizes.

“But a cat that is absolutely massive like this? I’ve never seen that before. 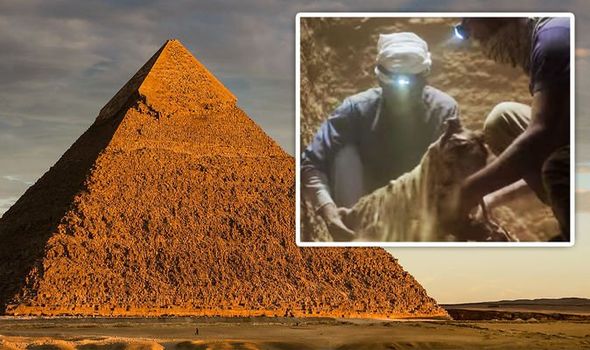 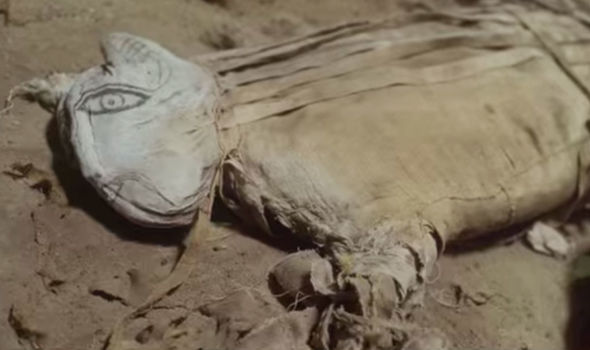 “We need to get the bones tested to see what it is.

“It’s so big, I can’t imagine there was ever a cat this size.”

It was taken to Professor of Egyptology Salima Ikram to be studied, who was also baffled by its sheer size.

She said: “Wow, that is unbelievable.

“I see a moustache, this is really interesting. 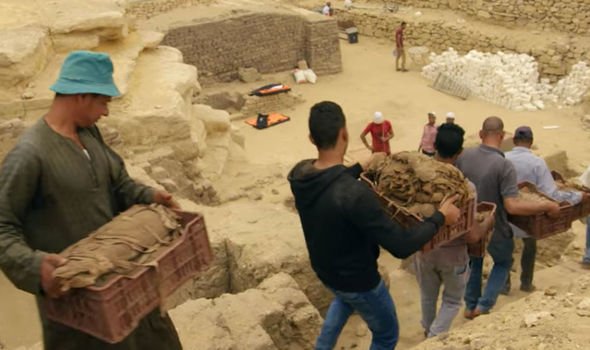 “On the heads of other cat mummies, there might be a scarab (beetle) up here, but it doesn’t look like a scarab.

“This one looks more like a bee or something. It’s really strange, it’s unusual.

“You can see fur in this section, golden yellow. It can’t be [a cat], surely.”

The team performed a scan of the mummified animal to determine what it was and made an incredible breakthrough.

Prof Ikram explained: “That’s the head, you can see it’s a baby because the teeth are still mostly up inside the gums. These are big canines. 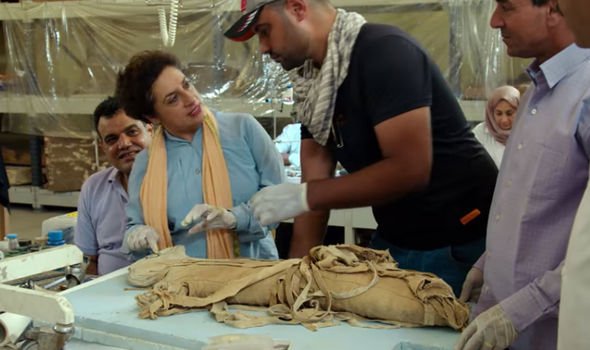 “The backbone – nothing is fused, this is definitely a baby and the backbone is arched.

“If it were stretched out properly, it would be more than a metre from head to tail.

“This is no domestic cat, it is too big for a lynx, maybe the design is different because this is a different species.

“Look at the way lions frown, maybe this is supposed to be like that, and they put the wings on because they’re used to having the scarab.”

The expert went on to detail why she believed it could be the mummified remains of a lion cub. 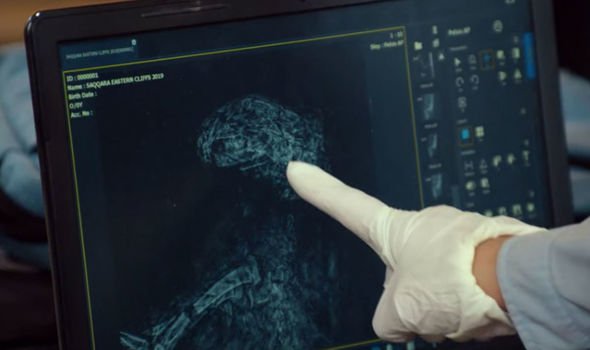 She added: “Lion cubs have long noses as well, and the colour matches.

“This is the first time in the known history of mummification that we have a lion here in Saqqara. A mummified lion.

“We think, based on the markings that are painted on the face, that this is a baby lion.

“This is just extraordinary because there are stories of lion catacombs, and some of us have been looking for years for this.

“Now, the logical place is the Bubasteion, it’s mind-blowing to think of what this lion may represent in terms of our understanding of ancient Egyptian culture, economy, religion.”

Later analysis confirmed the find was a lion cub and was dated to around 600BC. 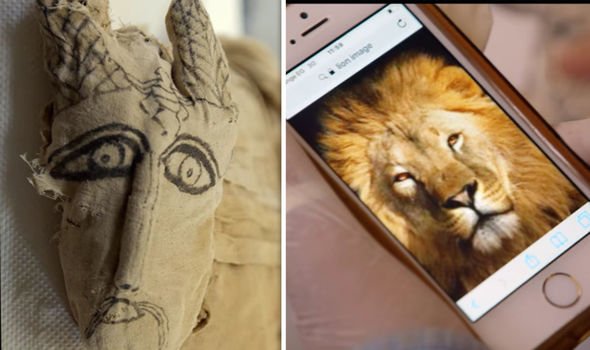 Prof Ikram noted: “It changes how we think about how ancient Egyptians were interacting with wild animals.

The new documentary, which was released globally yesterday follows the journey of workers as they uncovered over 3,000 artefacts, helping to piece together the secrets of what has been called “Egypt’s most significant find in almost 50 years”.

The team decoded the burial of the most decorated tomb ever found in Saqqara, dedicated to the Old Kingdom priest Wahtye.

Transporting the audience back through the millennia, the film provides a unique and unprecedented window into the lives – and deaths – of one man and his family.