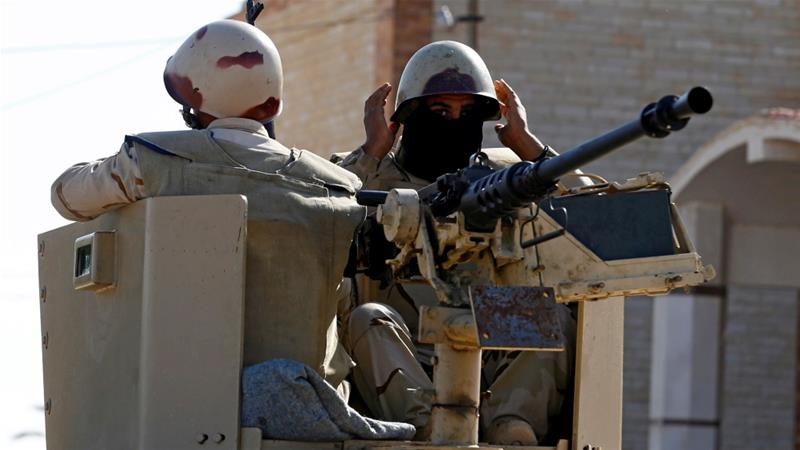 The Egyptian military says it has killed at least 19 fighters during security operations in the northern part of the Sinai Peninsula, which also resulted in five casualties among troops

The army said in an online video statement late on Saturday that the fighters were killed in raids and attacks that took place last week in the towns of Bir al-Abed, Rafah and Sheikh Zuweid.

The statement said the army had killed three “extremely dangerous” fighters as well as 16 others in precision air attacks on their “terrorist hideouts”.

Troops also recovered troves of automatic rifles, hand grenades and rocket-propelled grenades, according to the army.

“Two officers, a noncommissioned officer and two soldiers were killed and wounded in the operations,” the statement said.

Other officials, however, told The Associated Press news agency that two officers, including a colonel and a lieutenant, and three conscript soldiers were killed when an explosive device hit their vehicle on Saturday while taking part in a campaign in central Sinai.

The officials spoke on condition of anonymity because they were not authorised to brief the media.

Other details about the incident could not be independently corroborated as Egyptian authorities heavily restrict access to that part of Sinai.

There was no immediate claim of responsibility for the attack.

Security forces have been confronting a long unrest in the Sinai led by a local affiliate of the ISIL (ISIS) armed group.

The fighting intensified after the military’s 2013 overthrow of President Mohamed Morsi, who was replaced by General-turned-President Abdel Fattah el-Sisi.

About 970 suspected fighters have been killed in the region along with dozens of security personnel, according to official figures. 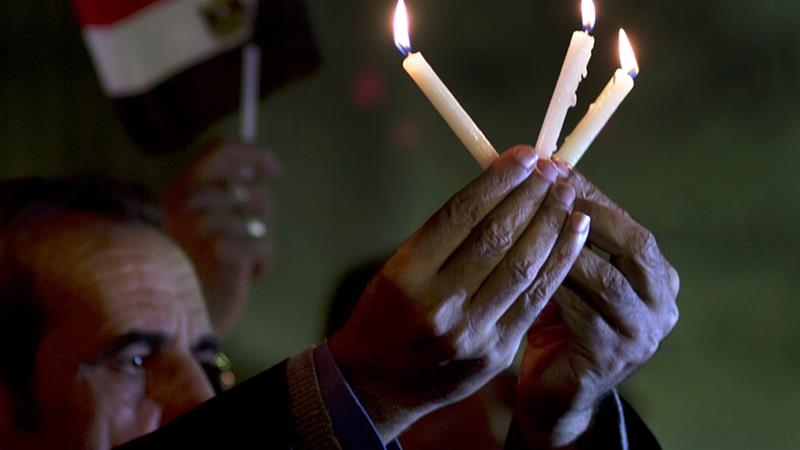 Sinai, Sisi and the media

Tags: EGYPT, Middle, Sinai Peninsula
You may also like
Recent News:
This website uses cookies to improve your user experience and to provide you with advertisements that are relevant to your interests. By continuing to browse the site you are agreeing to our use of cookies.Ok