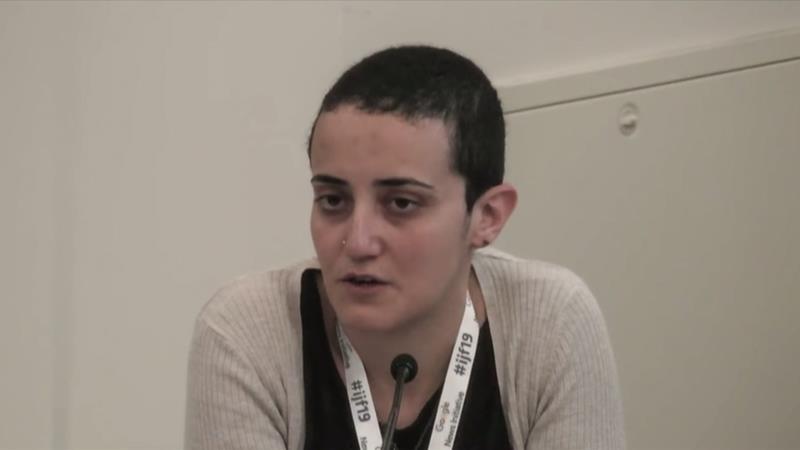 A prominent investigative media outlet in Egypt said security forces have detained its editor-in-chief, the latest arrest amid a wider crackdown on dissent in the North African country.

Mada Masr, one of a shrinking number of independent news websites in Egypt, said Lina Attalah was arrested outside Cairo’s Tora Prison complex on Sunday where she was interviewing Laila Soueif, the mother of jailed activist Alaa Abdel Fattah.

“The prison security guards asked Attallah to show her identification card and later called her in for an investigation that lasted three hours,” lawyer Hassan al-Azhari told AFP news agency.

“We knew afterwards that she was taken to a police station in Maadi district and that she will appear before the prosecution tomorrow (Monday) morning,” he added.

Azhari added that the reason behind the arrest and the charges against Attallah remained unclear.

Mada Masr is one of the hundreds of websites blocked by the Egyptian government in recent years. The outlet has continued to publish through mirror sites. It has produced investigative pieces looking into some of Egypt’s government institutions, including intelligence agencies, military and the presidency.

The Committee to Protect Journalists (CPJ) urged the authorities to immediately release Attalah.

Last year, Abdel Fattah completed a five-year prison sentence for violating Egypt’s protest ban. In September, not long after his release, he was arrested again amid a widespread crackdown that followed small protests demanding current President Abdel Fattah el-Sisi step down – although he did not participate in the protests.

He went on a hunger strike over a month ago, and his family has struggled to get him released in recent months amid the coronavirus pandemic.

Soueif was briefly arrested in March along with three others after they staged a protest to demand the release of prisoners amid the coronavirus outbreak.

Egypt has increasingly targeted journalists in an ongoing crackdown against dissidents since the 2013 military removal of then-president Mohamed Morsi.

The clampdown has swept up thousands of the late Morsi’s supporters as well as activists, lawyers and academics.

Reporters Without Borders (RSF) says at least 29 journalists are jailed in Egypt, which ranks 166th out of 180 countries in its 2020 world press freedom index.

Mahgoub was detained on Wednesday on charges of joining and financing a “terrorist group” as well as spreading “fake news” that threatens national security, according to his lawyer.

Egyptian officials have increasingly deployed the vague accusation of “fake news” to silence and jail critics in the government’s sweeping and often indiscriminate crackdown on dissent.

Among dozens of media workers imprisoned in Egypt is Al Jazeera’s Mahmoud Hussein, a Doha-based journalist who was arrested in 2016 during a visit to his family in Cairo.

He has been detained without charge for more than 1,200 days, and there are concerns for his health during the coronavirus pandemic.

Tags: EGYPT, Middle East
You may also like
Recent News:
This website uses cookies to improve your user experience and to provide you with advertisements that are relevant to your interests. By continuing to browse the site you are agreeing to our use of cookies.Ok