Macron claims Brexit is ‘child’ of ‘lies and false promises’

Georgina Robertson told France24 that Washington is expanding its 25 percent punitive duty to include all sparkling wines, as well as cognac and some other brandies. The new tariffs are set to cost Emmanuel Macron and France €300 million in lost sales.

“Washington is expanding its 25 percent punitive duty to include all sparkling wines.

“This now includes over 14 percent proof as well as cognac and some other brandies.

“The existing tariffs that were brought in in October 2019 are already blamed for a €700 million drop in sales.” 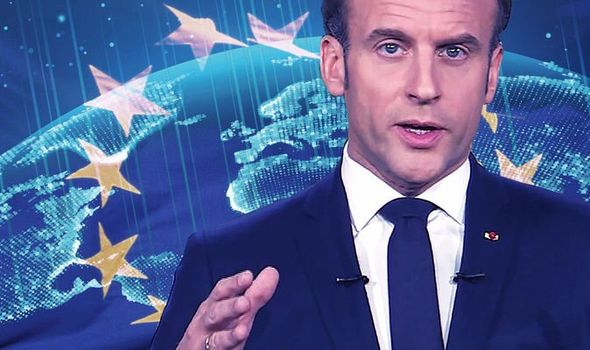 She added: “The stakes are high as the US is the largest export market for the EU’s winemakers.

“Nearly half of French cognac is destined for the United States.

“According to the French wine and spirits exports federation, these new tariffs will lead to a further €300 million in lost sales.

“This dispute will be just one of the tests between Washington and the EU under President Joe Biden.”

Tags: ctp_video, Emmanuel M, headlines
You may also like
Recent News:
This website uses cookies to improve your user experience and to provide you with advertisements that are relevant to your interests. By continuing to browse the site you are agreeing to our use of cookies.Ok