Guy Verhofstadt ripped into Ursula von der Leyen’s plan to fund Brussels following the coronavirus pandemic, slamming the European Commission President and EU bureaucrats. During a session of the European Parliament on Wednesday, Mrs von der Leyen outlined her plan to increase financial contributions from member-states, following the loss of Britain’s funding as well as the impact of the coronavirus. In response, Mr Verhofstadt said that demanding more money from already fragile member-states would tank the European economy and run every EU country “into deficit and debt”.

At the heated European Parliament session, MEPs debated which measures have to be taken by the EU to help member states tackle the pandemic.

Mrs von der Leyen announced the recovery plan will be based on the EU’s seven-year budget and will be topped up by a recovery instrument “funded through a larger headroom”.

However, she did not reveal the size of the recovery instrument or the updated EU budget, after the European Parliament asked for a package worth €2trillion.

Mr Verhofstadt told the European Parliament: “I have to tell you that after the intervention of Mrs von der Leyen, I only see business as usual. I hope I am wrong.” 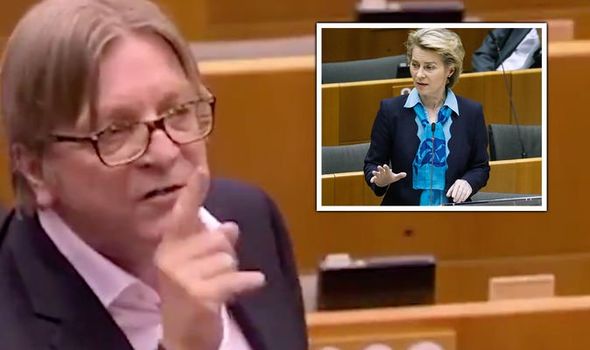 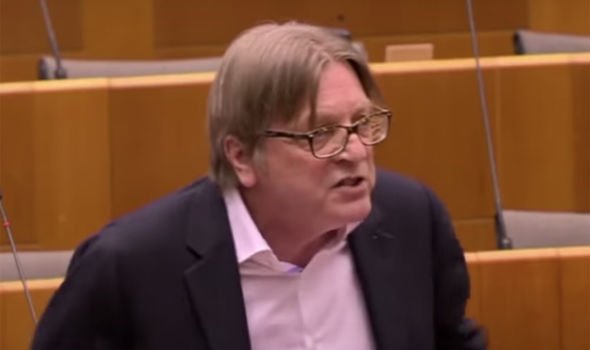 He added: “But it looks like it’s old tricks, it’s repackaging, massive frontloading, and then a multiplier of 45.

“Even Jesus Christ was not capable of doing that when he multiplied the bread and the fishes. That is typical of how bureaucracy works.

“Mrs von der Leyen will ask more guarantees of the member states. Well, that’s the thing NOT to do. 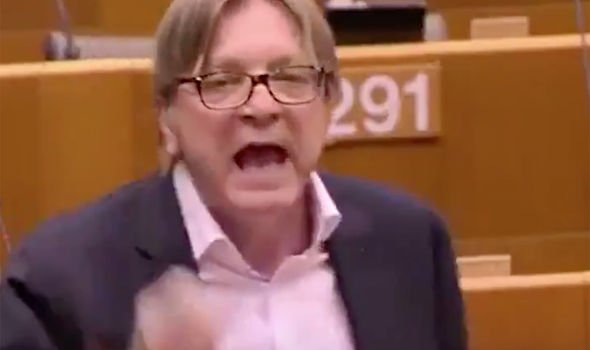 He went on to suggest that the EU fund itself through “a digital tax and other taxes against pollution”.

“We need to create real financing for this union! The most important problem is now where we spend it, but how are we going to fund it!” 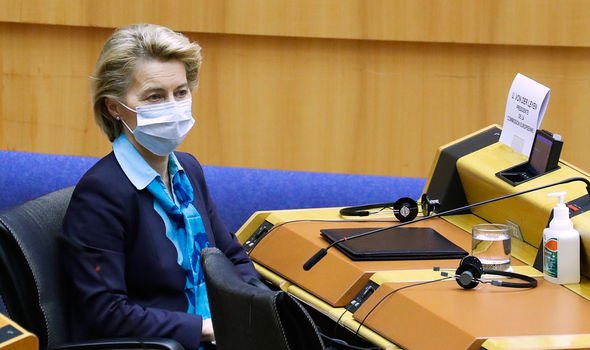 Later in her address to MEPs, Mrs von der Leyen conceded that companies in rich countries including Germany had been given an unfair advantage by the relaxation of the EU’s state aid rules.

In a surprise swipe at her own country of Germany, Mrs von der Leyen suggested the single market was in danger of collapse if wealthier member states were allowed to spend their way out of the crisis.

Germany, whose economy makes up around a quarter of the EU’s GDP, accounts for more than half of the state aid approved by the European Commission since the pandemic began.

France and Italy only account for around a fifth of the spending.

Tags: ctp_video, ursula von der leyen
You may also like
Recent News:
This website uses cookies to improve your user experience and to provide you with advertisements that are relevant to your interests. By continuing to browse the site you are agreeing to our use of cookies.Ok