In the early Nineties, the EU suffered major blows for its aims to work with more countries, one of which was dealt by Norway. The Scandinavian country held a referendum in 1994, asking its population whether it would like to join the EU. The Prime Minister of the country at the time – Gro Harlem Brundtland – made Norwegian membership of the EU her main political goal for the four years prior to the vote. But the country voted no by a margin of 52.4 percent to 47.6 percent, remarkably similar to the UK’s result in the 2016 referendum.

After the vote, Ms Brundtland said: “It was the people who made the decision, and we as a country have to live with that.”

Norway first rejected membership of the European Economic Community, as the EU was then known, in 1972.

That result, by a similar margin to today’s vote, forced the resignation of the government.

Ms Brundtland had ruled out resignation at the time, but it cast doubt over how she would lead Norway into a non-European future. 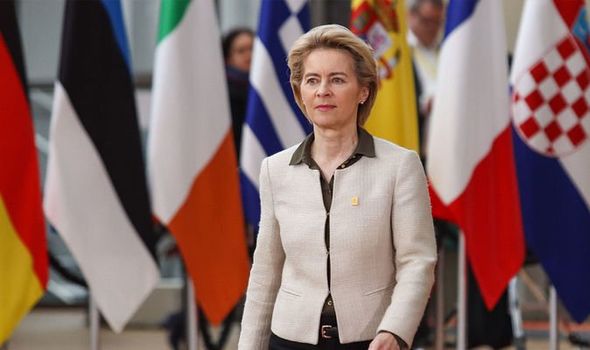 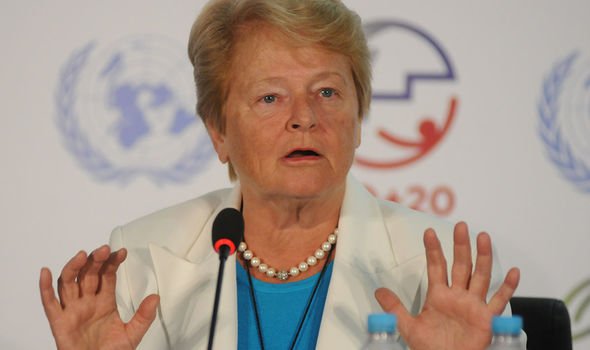 The leader of Norway’s Anti-European Union campaign, Anna-Enger Lahnstein, told supporters: “With this, we have said Yes to Europe and Yes to international solidarity – but we don’t want to join the Union.”

Like the UK over Brexit, Norway was also divided over whether EU membership was right for the country.

Voters in the far north, the stronghold of the “no” campaign, rejected membership by a margin of 80-20, whereas the capital, Oslo, where a third of voters live, backed membership.

The “no” campaign led consistently in opinion polls throughout the campaign, but last-minute gains by the “yes” campaigners narrowed the gap and made the result too close to predict. 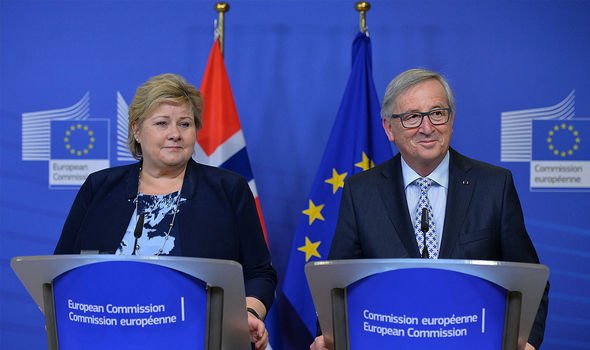 Recent votes for EU membership in fellow Scandinavian countries Finland and Sweden swayed many voters, but even that was not enough to reverse the trend.

The “yes” campaign centred on the potential for Norway to become isolated if it did not join neighbouring EU countries in an era of expansion and change.

However, the “no” campaign argued EU membership would undermine the country’s independence and its control over its rich petroleum and other natural resources.

Another country which dealt a blow to the EU in the early Nineties was Switzerland.

Switzerland began its application to join the EU in 1992, but this sparked over two decades of chaotic relations and recurring blows to the bloc’s ambitions.

Months after the process started, Switzerland had a referendum on whether to join the European Economic Area (EEA) where the country narrowly decided to reject the idea.

The result sent shockwaves through Europe, as 50.3 percent voted against the idea of joining the EEA, leaving the EU’s hopes of expansion dashed. 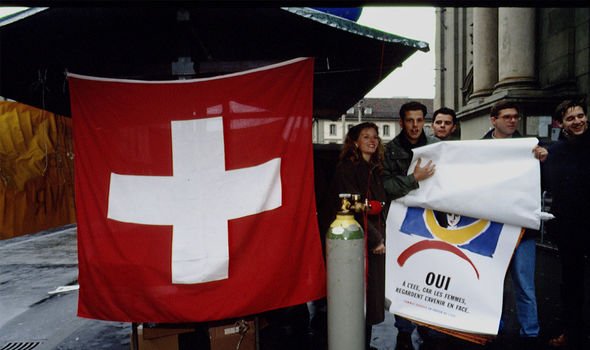 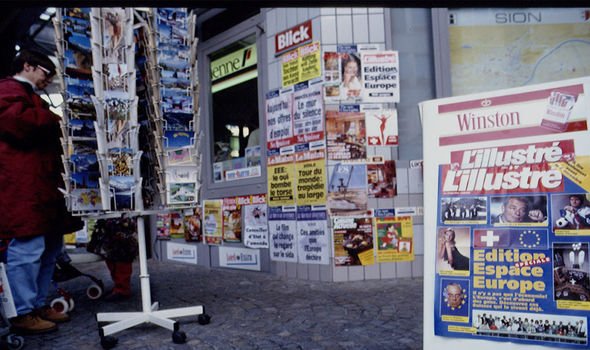 Not only did the Swiss public reject the EEA, but it also meant the country’s application for the EU was suspended.

After years of tense negotiations between Brussels and Bern regarding their future relationship, Switzerland held another referendum in 2001.

The Swiss voters overwhelmingly rejected a proposal for immediate membership talks with the European Union.

Members of the “New European Movement Switzerland”, which launched the initiative, expressed disappointment at the result.

They said they had not expected such a low “yes” vote.

Not only did the UK vote for Brexit in June 2016, but a week before this politicians in Switzerland voted to withdraw the country’s application for membership of the EU.