The EU Commissioner responsible for vaccine supplies, Thierry Breton, has declared that “zero” doses made in the EU will be sanctioned for delivery to the UK until AstraZeneca fulfilled its contract with the bloc. He claimed on Friday that the drugmaker has agreed that all but one batch of its COVID-19 jabs produced at a Netherlands plant will be sent to European member states rather than Britain. Mr Breton compared the EU and UK programmes to “the fable of the tortoise and the hare,” stating that an “extremely rapid” increase in European production will allow the EU to meet its target of full inoculation for 70 percent of adults by July.

It comes after a bitter spat broke out between the EU and AstraZeneca after officials were left furious that the firm was able to deliver jabs on its UK contact, while reportedly falling short on an agreement with Brussels.

But AstraZeneca is not the only vaccine producer.

Early on, the UK secured more than 400 million doses of various jabs, including from Pfizer, Moderna and Valneva.

A Commission official involved in negotiations of vaccines for the EU acknowledged that Britain’s experience is an “interesting microcosm of some of the kind of Brexit opportunities and risks.” 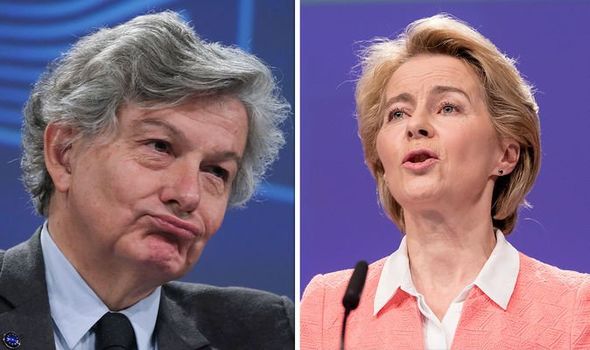 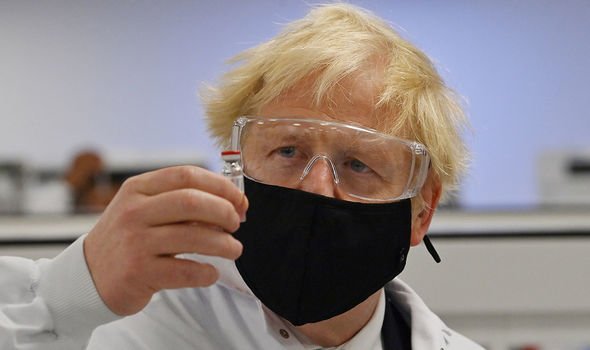 But the official told Politico that the UK likely paid more.

The diplomat added: “They’ve clearly had to create the worst terms and conditions.

“God knows what they’ve agreed to on liability and indemnification.”

Slow decision-making inside the Commission is said to have sparked a wave of unease through the 27 nations in the bloc in the early days of vaccine take-up.

Politico reports how, “as a front-runner in the vaccine race emerged,” EU states were placed on high alert to break away from the usual rigid structure. 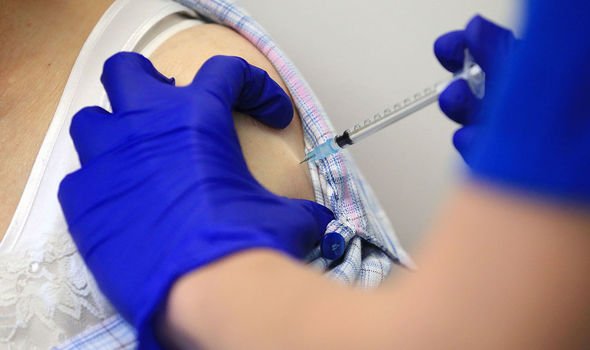 Some EU countries “weren’t waiting for the Commission to start striking deals,” and so the likes of France and Spain “separately began talks” with drugmakers.

Commission plans to buy on their behalf were signed off on June 12, but the Franco-German initiative continued to press forward, having invited the Netherlands and Italy to join them too.

And these plans seemed to go smoothly away from the EU.

On June 13, the group — known as the “Inclusive Vaccine Alliance” — announced a deal for between 300 million and 400 million doses of the AstraZeneca jab.

The alliance said it would talk to the Commission about working together “where possible” and that other countries could join in. 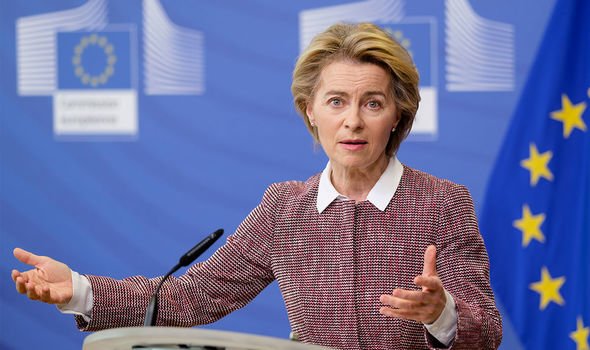 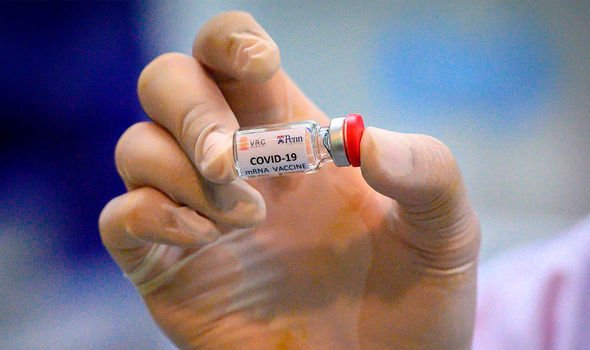 But a senior EU diplomat said: “The four countries just realised at one point, there’s no time to wait until everyone is on board.”

This is said to have sparked fury, with the then-Belgian Health Minister Maggie De Block slamming the deal to go behind the EU’s back as an “unreasonable” move that weakened the bloc’s standing.

The ‘Emergency Support Instrument’ would allow jabs to be distributed to EU countries according to their populations.

After the 27 members of the EU signed up to the plan, the alliance came to an end, allowing the Commission to take over complete control with talks.